In any conversation about Singapore cinema over the next few years, one can expect the film Ajoomma to be brought up.

With its simple yet affecting tale of a middle-aged, K-drama-obsessed widow (called "Ajoomma" in Korean and "Auntie" in English) who forges connections and discovers herself during a trip to South Korea, the co-production between Singapore and South Korea has captured the hearts of many since premiering at the 27th Busan International Film Festival on 7 October.

Accompanying the much-praised directing of He Shuming and Hong Hui Fang's powerhouse performance as the titular character is an invisible but essential ingredient of Ajoomma's winning formula — its music.

The work of Singaporean composer Ting Si Hao, the film's original score guides audiences as they follow Auntie on her journey by subtly signalling changes in her emotional state.

"I do believe that music can help represent the unspoken and unseen. One of our key approaches was to write music that would underpin her internal emotions, feelings, and thoughts," shared Si Hao, who has also scored André and His Olive Tree and the HBO series Invisible Stories.

Having been nominated for four Golden Horse Awards and chosen as Singapore's submission for the Best International Feature Film category at the 95th Academy Awards, Ajoooma is a welcome addition to the growing list of projects that just would not be the same without Si Hao's touch. It also demonstrates why he is a composer that Singapore should continue to watch, or in this case, listen to.

In an interview with Hear65, Si Hao explained how he came up with the score for Ajoomma, recounted what it was like working alongside its director, He Shuming, and talked about composing for different film genres.

Hi, Si Hao! Tell us about yourself and what you have been up to lately.

Hello! I’m primarily a music composer for various forms of media (films, TV, games, commercials, etc.) and have been in this field for about 15 years now. Scoring the music to Ajoomma is one of the latest things I’ve been up to! Not many people know this but I have also been working on music themes for one of China’s biggest mobile game by Tencent, also known as “Honor of Kings”. Earlier this year I was also involved as the Music Director for the Chingay50 parade show (2022). It has been an exciting year work-wise so I have little time outside work to really do anything else (maybe besides the occasional binge on Netflix as well as taking walks outside!)

Congratulations on the release of Ajoomma! How did you end up composing the score for the film?

Thank you! I actually received a call from the film’s producer Anthony Chen earlier in the year asking if I was interested to score the film! (It happened through the recommendation of a peer in the industry). He had also heard some of the film scores/works I’d done previously and felt I would be a good fit for the film. I said yes almost immediately! 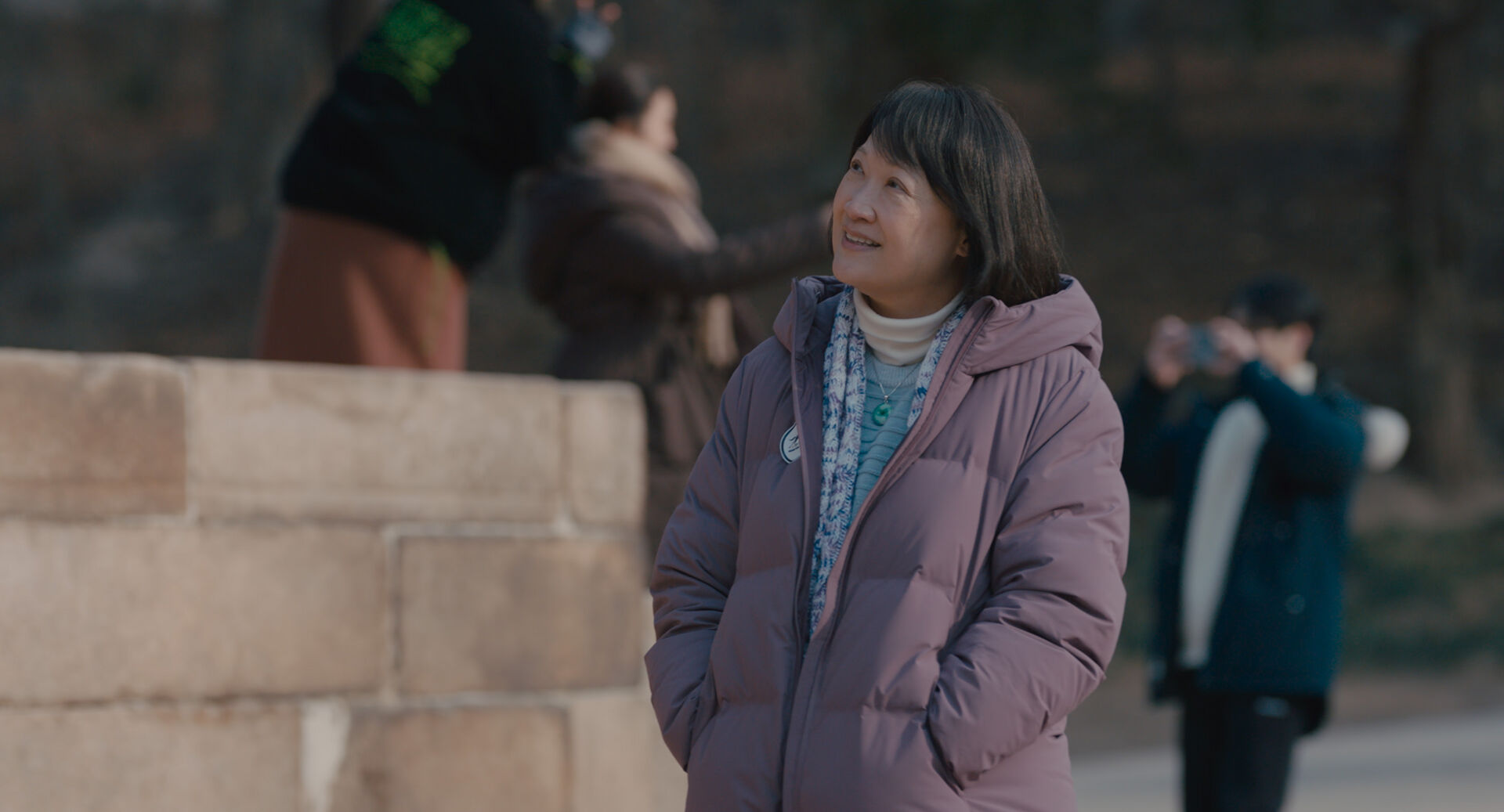 What aspects of its story resonated with you the most?

I think its simplicity really resonated with me the most. The idea of a Singaporean auntie getting lost abroad and having her own little “misadventure” seemed really fun to me! I also felt a deep connection to the themes of kindness and self-discovery that are prevalent in the story.

"I also felt a deep connection to the themes of kindness and self-discovery that are prevalent in the story." 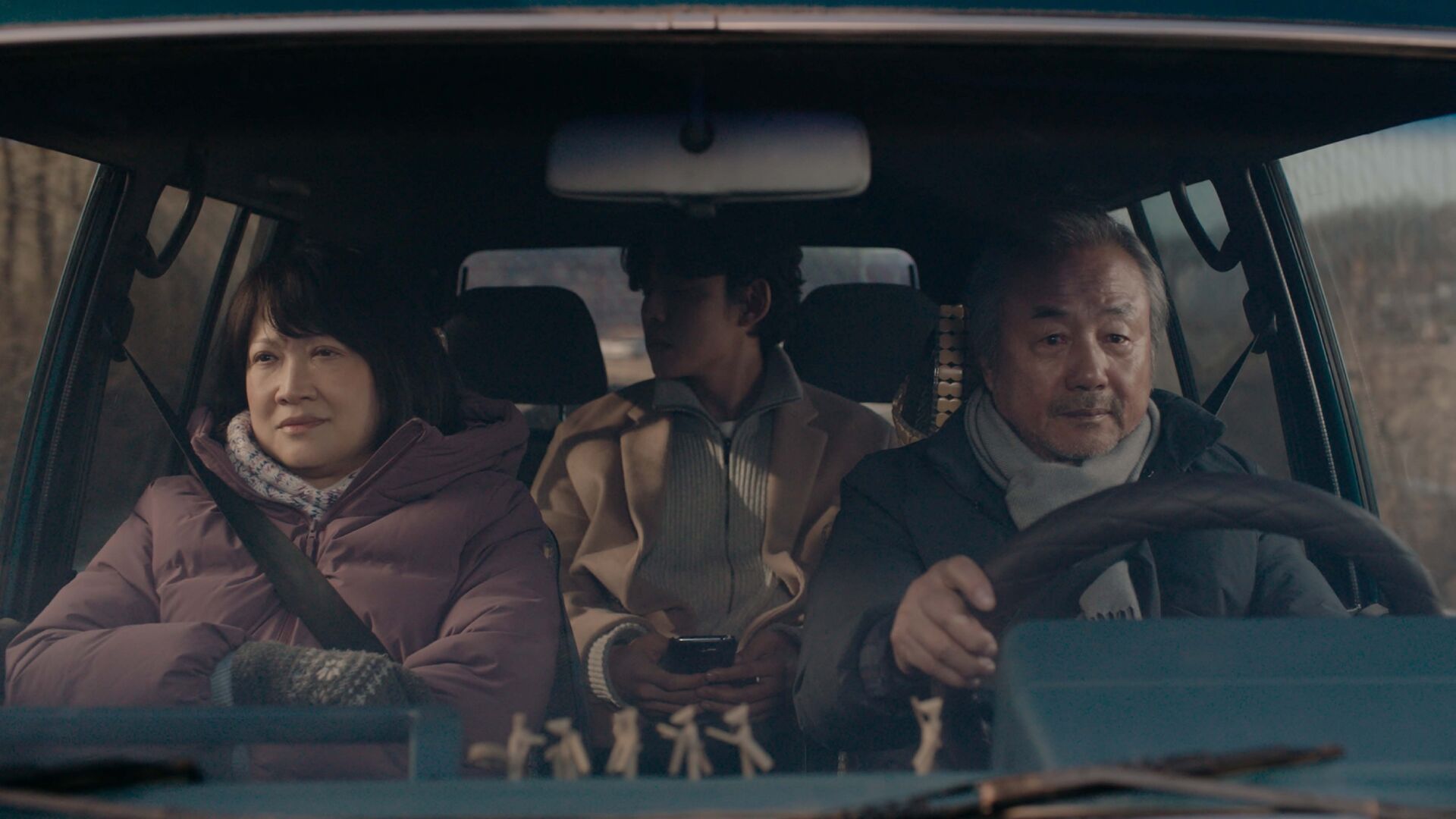 Walk us through how you would approach scoring a film. In the case of Ajoomma, what were some things that you had to consider before starting to compose its music?

Things definitely started with the script and discussions with the director — we had to identify moments where any music/songs would potentially be used! One of the first things I had to work on before I even saw a cut of the film was a fictional K-drama “theme song” ballad (as you’ll hear in the film). It turned out later on that this little unofficial K-ballad-like "theme song" I wrote would unfold and play a really pivotal role in the scoring process.

I think it’s important early on to understand what is required for the film. The film score should always be serving and complementing the film and its characters and the greater story. One thing we had to consider was the instrumentation palette for the music as different combinations of instruments might invoke very different feelings for different people. I remember doing a music demo for a short scene during the initial stages of the edit and I tried using an accordion but it wasn’t working for Shuming as he felt it was too ‘parisan’ for a Singaporean auntie. In essence, a lot of things can be planned or discussed beforehand but only while doing and experimenting with things can we know what would eventually work for the film.

"The film score should always be serving and complementing the film and its characters and the greater story." 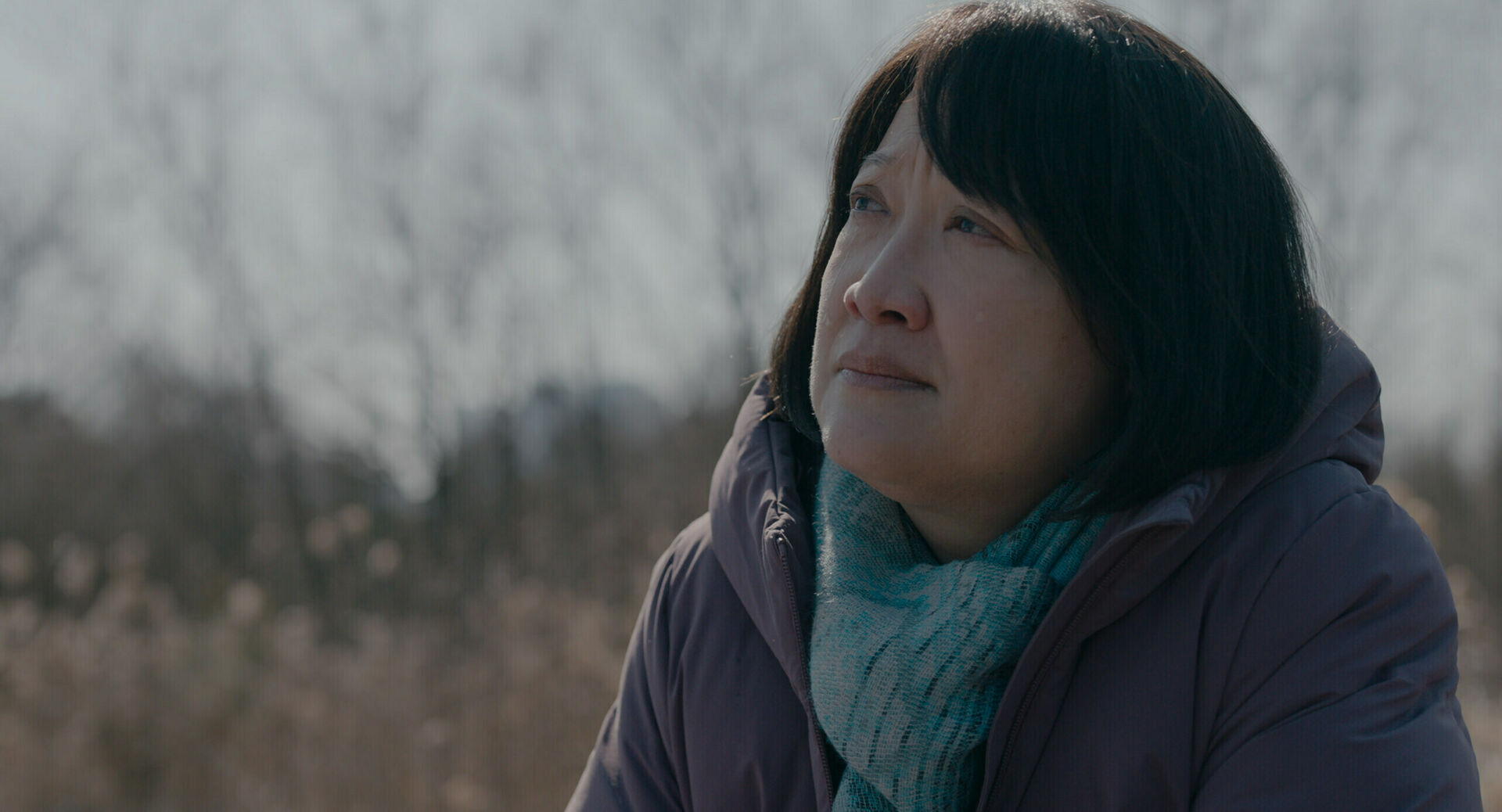 The film is centred around a middle-aged Singaporean widow played by Hong Hui Fang. How does its music help to present her as a complex and believable character?

Hong Hui Fang and the other cast members did an amazing job on the film and I don’t think we set out to help present her as a complex and believable character intentionally. However, I do believe that music can help represent the unspoken and unseen. One of our key approaches was to write music that would underpin her internal emotions, feelings, and thoughts. One example of this is when Hui Fang initially arrives in Korea and is sightseeing with her tour group. It would have been easy to romanticise this scene and write something really pastoral. However, we opted for a tinge of melancholy to reflect her state of "loneliness" being away from home and her son for the first time!

Very early on we also agreed on not taking the "cliched" approach of over-dramatising the film’s comedic moments. As you will hear, the comedic moments tend to be underscored solely by percussive elements (as an easter egg, I did use a Korean traditional percussion known as the Janggu). I believe this helped to make the unbelievable situations believable in this case!

"One of our key approaches was to write music that would underpin her internal emotions, feelings, and thoughts." 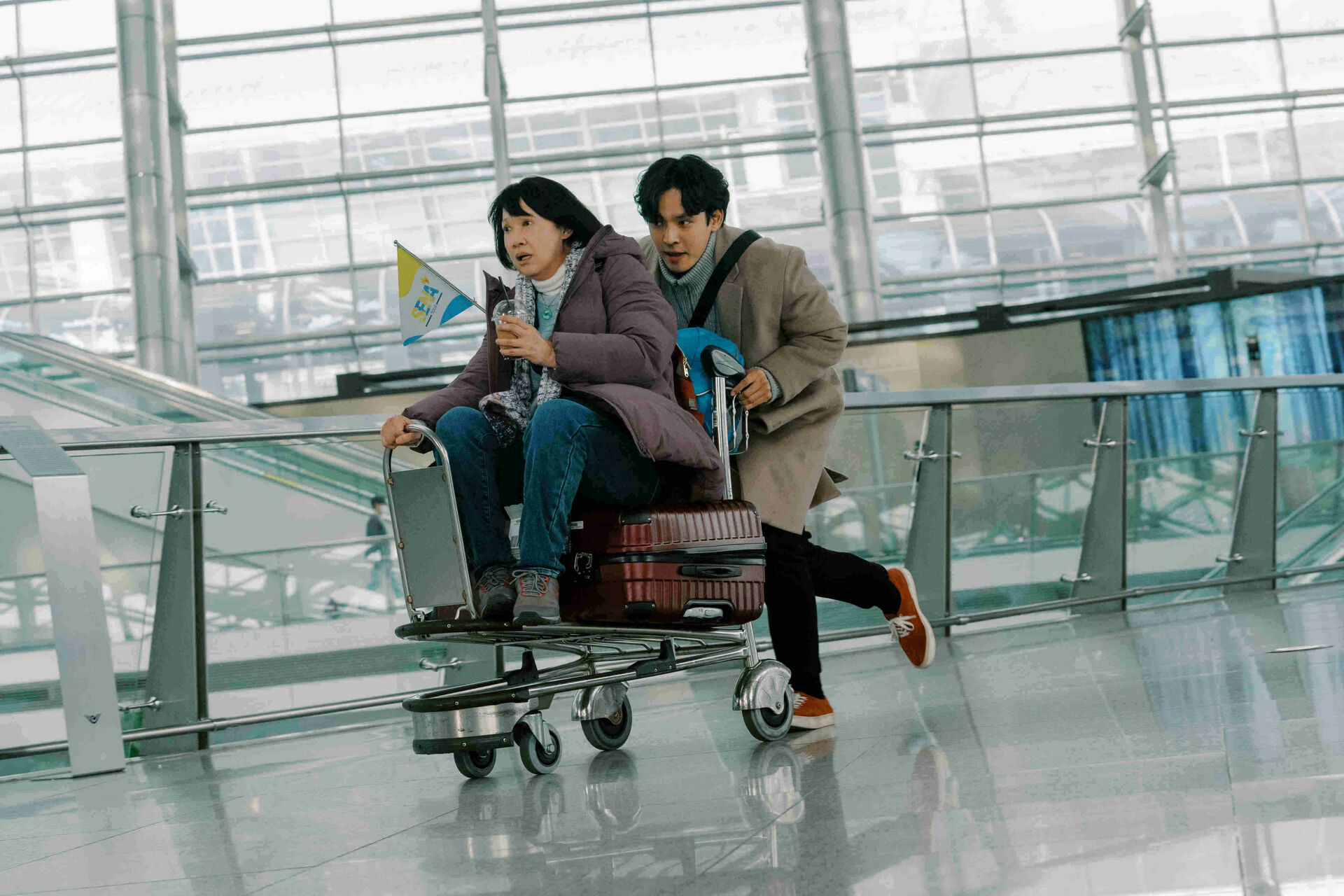 What was it like working with the film’s director, He Shuming?

It was my first time working with Shuming and it was an incredibly collaborative and fun process! I remember our early discussions on what role the music would/should play and also getting to know each other’s taste in music. Shuming was very approachable and open to hearing my ideas and vice versa. He really values and appreciates music in his films and it was an absolutely joy working with him.

You’ve composed music for films such as André and His Olive Tree and Zombiepura as well as the HBO series Invisible Stories over the years. How did your past experiences prepare you for your work on Ajoomma?

I think my past experiences working on various long-form feature films have helped me understand how to communicate better with my collaborators. [This] is something that can only really be learnt on the job and not from textbooks! [My experiences have] also probably trained me over the years to work faster as the timelines are always tight in this industry.

Something I’ve also learnt over the years is to show up consistently for work — this will allow the creative juices to get flowing because waiting for inspiration to strike is really a myth that doesn’t help when there are immense time pressures and many minutes of music to write!

"I think the key is to be equipped with the knowledge or craft of writing different music genres which will in turn increase or widen your palette to be able to deal with the different techniques required for scoring different genres of films!"

From a composer’s perspective, what’s the biggest challenge of moving from one film genre to another?

I think every composer will have a different perspective. I personally find it really fun to move from one film genre to another although that might take a bit of prep work and research before any project. I think the key is to be equipped with the knowledge or craft of writing different music genres which will in turn increase or widen your palette to be able to deal with the different techniques required for scoring different genres of films!

One of the challenges is keeping up with our craft while also working — there has to be a balance to still keep on learning and improving even though we might be busy working on projects.

Finally, what can we expect from you in 2023 and beyond?

I’m actually looking forward to taking an extended break in 2023. However, that being said, I’m also looking forward to pursuing more personal projects and releasing music on my own. I have a lo-fi project with a friend (tenvows) and we intend to release more music in 2023 and beyond. Hopefully, I will have more opportunities to work on more interesting and unique projects (such as Ajoomma) in the future!