Accompanied by her loyal stuffed companions — a sheep called "Moon" and an octopus who goes by the name of "Henry" — 12-year-old Kawasxmi (pronounced ka-wa-seh-mi) walked into the first recording studio that she had ever been to a year ago.

For the next two hours, the young Singaporean singer-songwriter, with the help of her producer and mentor Joshua Goh, concocted what would be her debut single 'Lyra, The Flying Angel'.

The dream-pop number, which was written by her, has caught the attention of over 10, 000 listeners on YouTube since it was released in November 2020 and has proven to be quite a strong first showing for the budding artist.

Kawasxmi, whose real name is Yeo Ka Ing, counts horse riding, drawing, wushu, ballroom dancing and computer games among her interests but it is music that holds a special place in her heart.

To her, it is a platform through which she can show her listeners how she views the world around her. This is evident in her follow-up singles 'Fearless' and 'Crown', which chronicle how Singaporeans banded together to fight COVID-19.

In an interview with Hear65, the newly-enrolled secondary school student revealed the inspirations behind the three songs under her belt and offered some insight into her unique brand of music.

"Kawasxmi” is a really unique name! What’s the story behind it?

Kawasxmi is Japanese for kingfisher. I knew that I wanted my stage name to have something to do with nature as I love animals, and I was really drawn to the idea of naming my act after the majestic kingfisher.

How would you describe your style of music?

My lyrics are mainly based on my life experiences and poems I wrote. I like to create different sounding songs and explore multiple genres. I don't like to explain much about my finished products. I prefer to leave some space for my audience to think. I treat my music like a painting on a wall of a museum, hoping my audience will think about it from their own perspectives.

As a young artist who is just 12 years old, what messages are you hoping to bring through your music?

I hope to encourage listeners to never give up on their dreams, and overcome any difficulties they face in life, encouraging others to do so in the process and be the best they could ever be.

You have cited The Beatles and Panic! at The Disco as artists that you look up to. When did you start listening to them and what do you like about their music?

I started listening to The Beatles when I was very young as my father would always play it on the radio. I found their songs quite catchy and decided to listen to more of them. That was the moment I found out that I really liked their songs.

I was introduced to Panic! At The Disco by a popular song 'High Hopes'. I also chanced upon a cover of another one of their songs and really liked it. I wondered what the original version by Panic! At The Disco sounded like and decided to have a listen. The thing that I like about them is the distinctive sound that they bring to all of their songs. 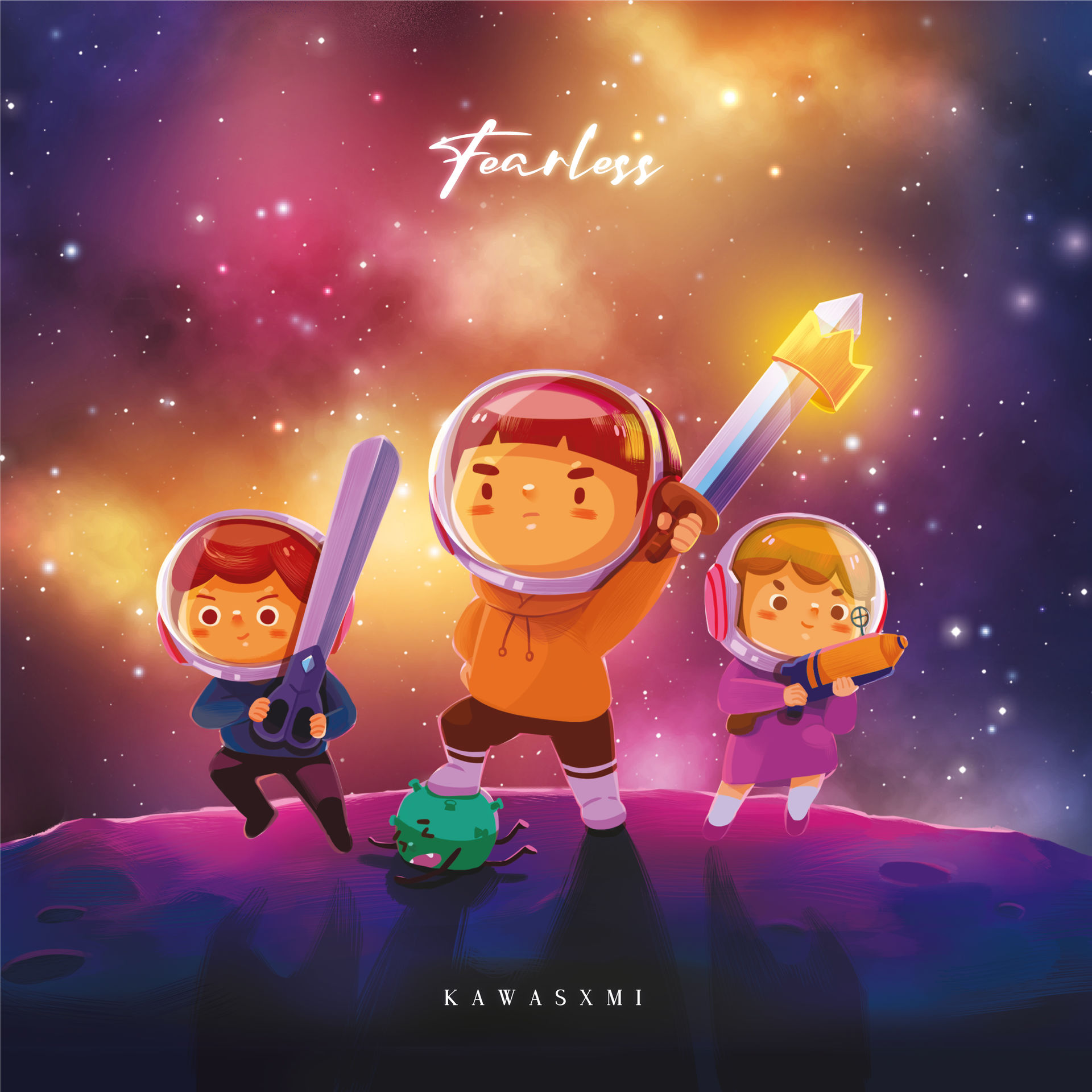 What made you decide to pursue music? How did your parents respond when you told them about your passion for music?

I've been learning music since I was 6. I started with learning vocals then along the way, I picked up the piano, the acoustic guitar, the dizi, the drums and the electric guitar. Learning music has always been an avenue for me to unwind as well as challenge myself.

My parents have been very supportive and they were the ones who encouraged me to try more music-related things and venture into writing my own songs.

I’m interested to know how you write your songs. Where does the inspiration for your lyrics usually come from?

Other than music, I really enjoy playing computer games and digital art. I'm very inspired by game designs and landscapes and I find that it also helps me be more creative. For 'Lyra, The Flying Angel', I was inspired by a game that allowed me to fly and explore the game map.

I wrote the song from my character's perspective and painted the picture of the landscape of the game. I feel like I'm inspired by different and sometimes random things like nature, school, friends, animals.

Let’s talk about your first single ‘Lyra, The Flying Angel’. Who is Lyra and what is she like?

I’ve always liked coming up with different characters and personalities and thinking up a story for them. For Lyra, she’s a little bit of a lone wandering angel who just likes exploring the world around her with her cat friend.

I worked with a Malaysian illustrator, Shinbara Yohji of Y + O U R studio who really helped me bring the character to life in my music video. I feel like he has really captured Lyra perfectly and that he is very talented and passionate in his work. We have been working together since 2015.

Yohji has watched me grow since I was 6 years old. He also illustrated my first book "My First Baby Tooth", second book "Growing Up: Raising New Lives" and fourth book "Fearless". He has also done illustration work for my music videos.

What does the song ‘Lyra, The Flying Angel’ mean to you personally?

The song is important to me as it is the first song that I’ve really written. Other than being inspired by games, it was inspired by certain situations that I’ve experienced with people and other players online. Writing the song has helped me express my feelings about falling-outs that I have had with my friends.

“Fearless” is an uplifting anthem that calls for Singaporeans to be united in the fight against COVID-19. How does it feel to know that your music has lifted the spirits of people during difficult times?

It feels great! I wasn’t expecting it to reach that many people but the feedback has been really nice so far.

“Fearless” was initially written as a poem for a school activity about COVID-19. I was later selected to present it. After my PSLE, I decided to convert it into a book, which was illustrated by Shinbara Yohji. After that, I realised it would sound great in the form of a song so we went ahead and recorded it.

I’d be happy enough that the people who do hear it feel encouraged by it. It doesn’t have to be a lot of people. In life, if you don't make mistakes, you'll never learn.

The instrumental track ‘Crown’ is quite different from your other two songs. What is the story behind it?

Other than pop music, I’m trained in classical music as well. While “Crown” isn’t exactly classical, it definitely is more downbeat than the other two songs.

Initially, I wanted to write a Chinese version of my book “Fearless”. When I realised that my command of Chinese wasn’t good enough to convey the same message, I decided to turn it into a calming instrumental song to accompany the book. So while people read the book, they can listen to the track in the background or listen to it while they study, rest or relax.

Apart from singing, you also play the dizi in ‘Crown’. What was the reason for incorporating this instrument in the song?

As I’m still starting out with my own music creations, I’m exploring the different things that I’ve picked up. I really like playing the dizi and I wanted to showcase a different skill and see how that worked into my music.

What kinds of songs are you hoping to explore in the future? Can we expect any new music soon?

I’m not too sure yet, as I’m still exploring the possibilities and what feels the most comfortable for my music. I do have a few songs in the works, but you’ll have to keep an ear out for them!