The gig industry may be slowly recovering but livestream concerts are not going anywhere just yet.

The transition from watching live shows in packed-out stadiums to catching them from the comfort of our homes was odd — to say the least — but it did prove that online concerts are not a bad alternative if we are too busy (or lazy) to leave our homes.

In 2021, a number of homegrown artists who recognise the potential of online concerts have wasted no time in securing their slots on the livestream calendar. This is exciting news for those who have been waiting to see their favourite local acts perform again as well as those who are itching to discover new music.

To help you keep track of everything that is happening, here's a list of livestream concerts that are scheduled to take place this year. 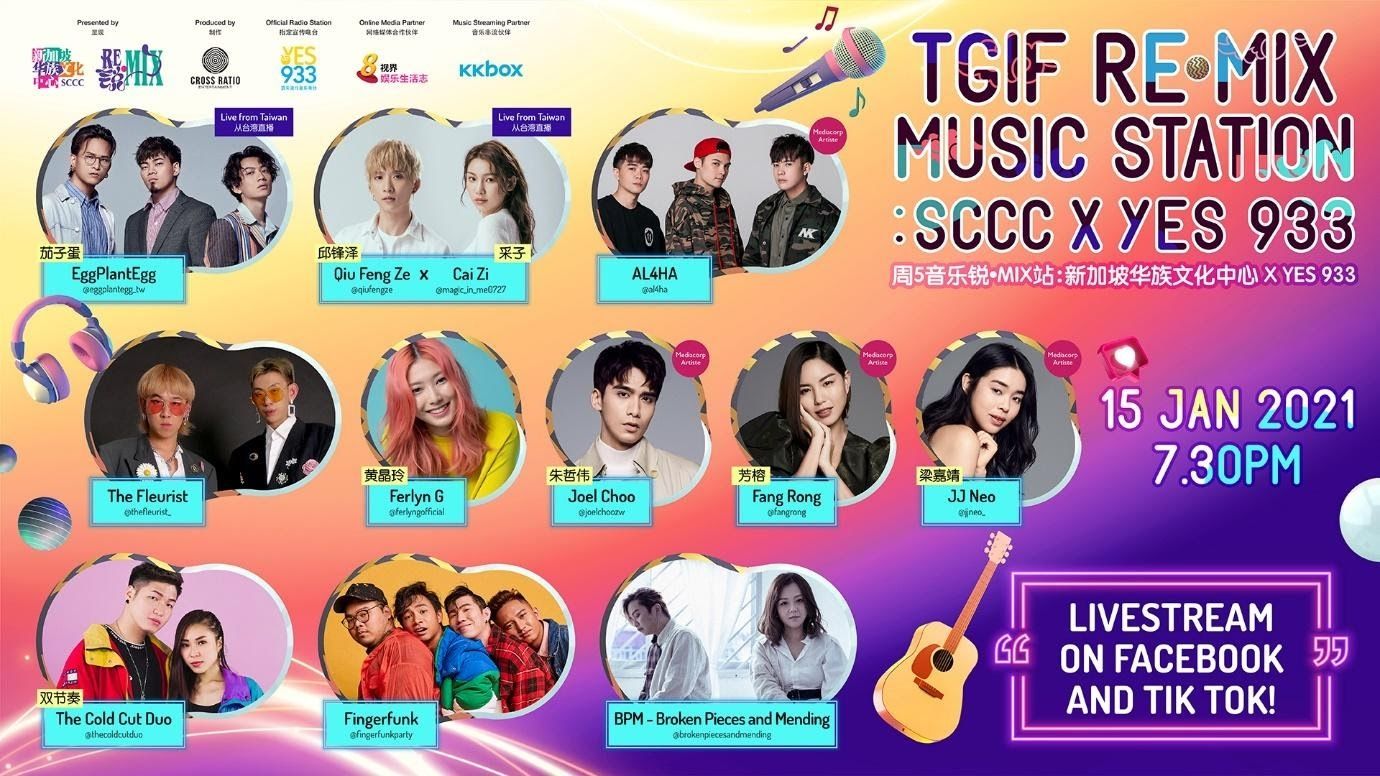 Stream it for free via TikTok or SCCC, YES 933, 8world Entertainment and Lifestyle, KKBOXX, and Cross Ratio Entertainment on Facebook 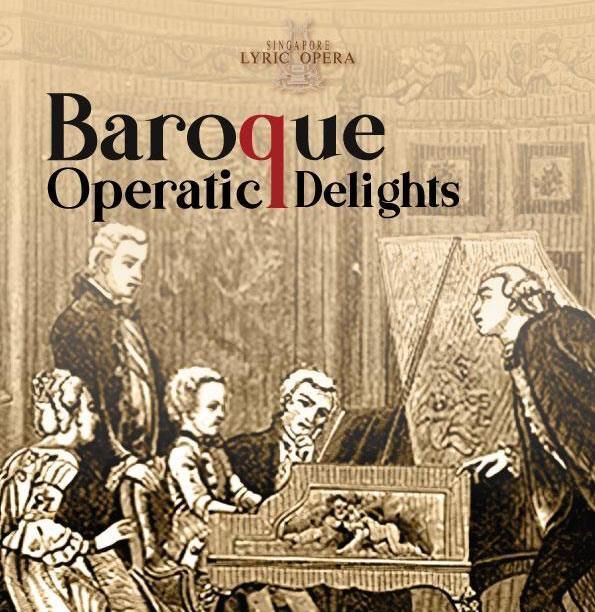 At Baroque Operatic Delights, the Singapore Lyric Orchestra will tell the stories of ancient "kings" and "queens" through performances of songs from world famous operas such as Alcina, Rinaldo, Xerxes, Samson and Solomon. The orchestra will be conducted by Joshua Kangmin Tan. He will be accompanied by soprano Joyce Lee Tung and baritone Alvin Tan. 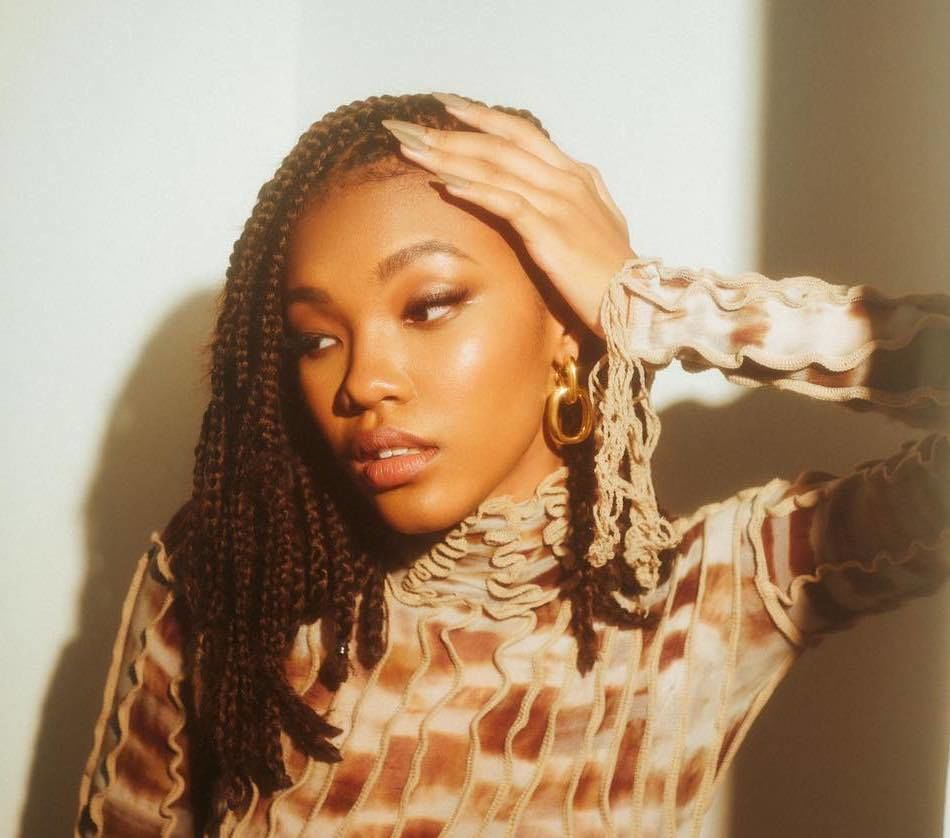 At just 17 years of age, singer-songwriter KEYANA has already proven herself as a force to be reckoned with in the local R&B scene. She ended off 2020 on a high with two impressive releases — her debut single 'Save It' and the follow-up song 'Scorpio'. You can expect to hear these tracks, along with a selection of covers when she takes the stage on 18 January. 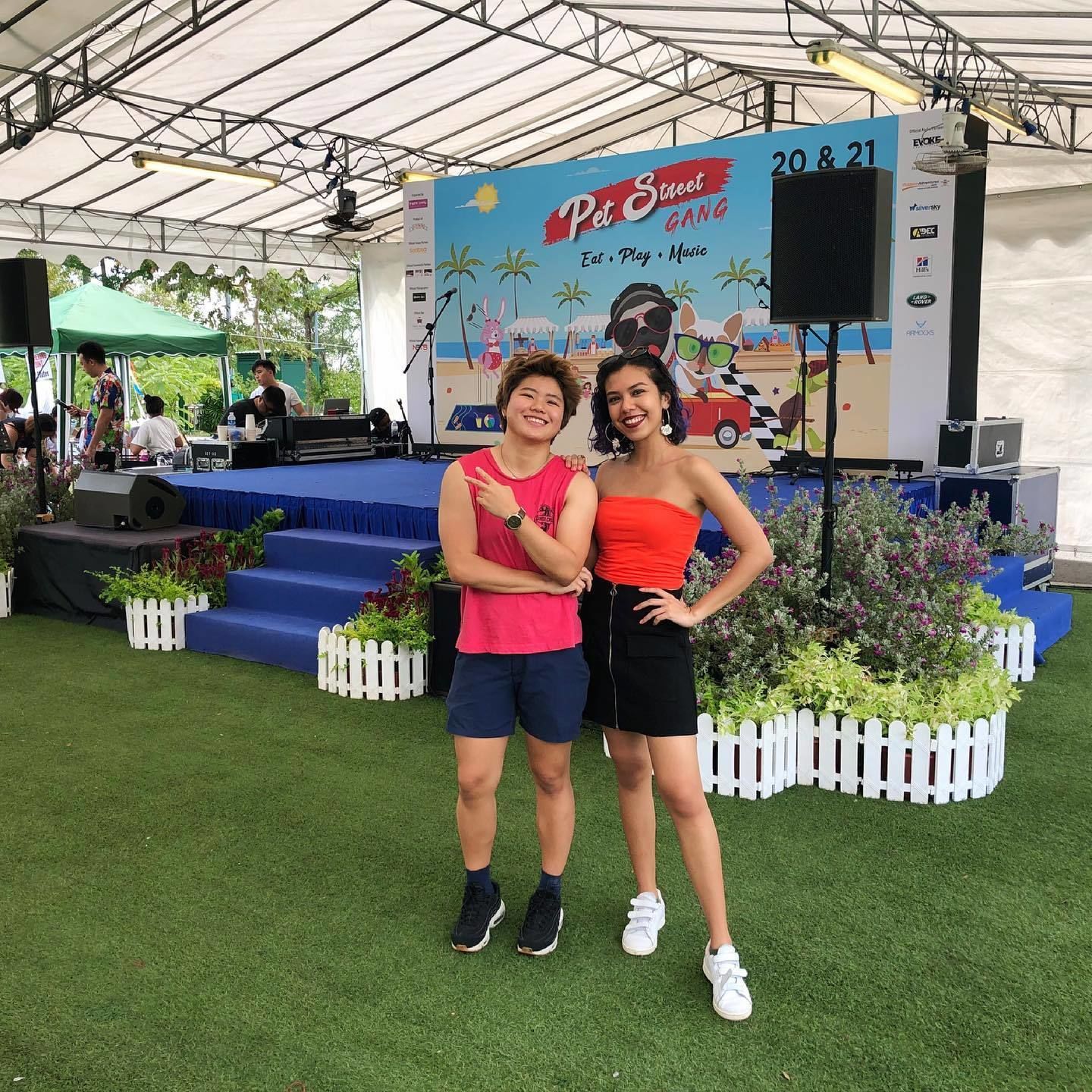 Shanice and Inez have gone from playing at neighbourhood staircases to performing for President of Singapore Halimah Yacob in the time that they have spent together as The Staircase Duo. Tune in on 19 and 20 January to watch them present covers of famous pop songs as well as their own compositions.

Mozart's Violet and Beethoven's Serioso by the SSO 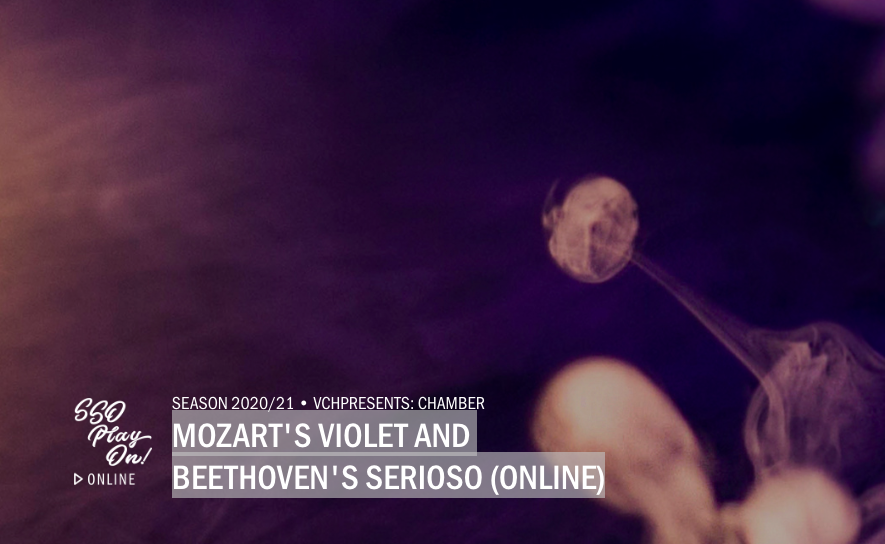 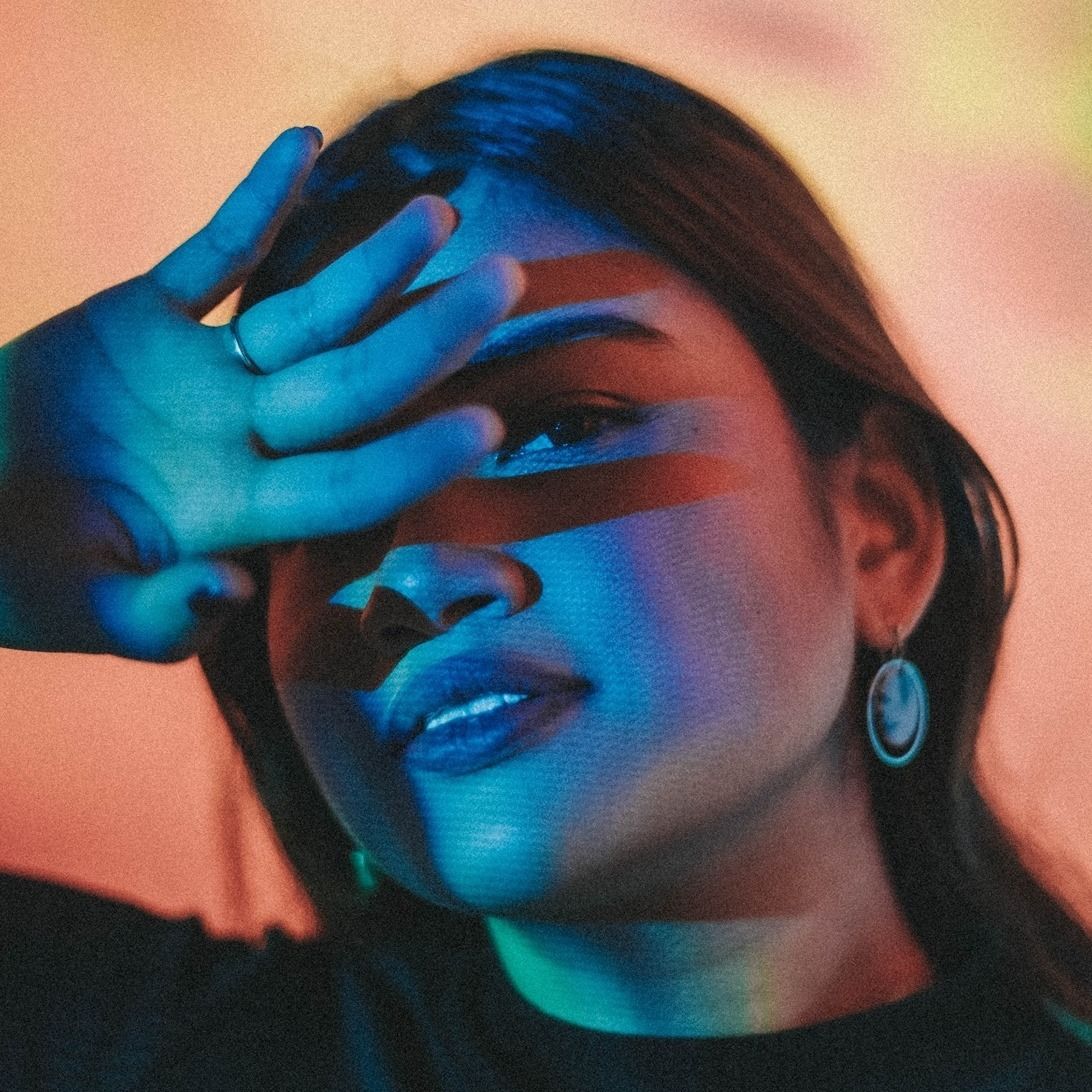 Having experimented with pop, R&B and even rap, Zalelo has proven that she is an artist who is not afraid to switch up her sound once in a while. The songstress — who has topped the RIA 89.7FM chart twice — will perform a selection of songs from her repertoire in both English and Malay with her band PyraMic!. Those in attendance can also expect to hear a few unreleased tracks. 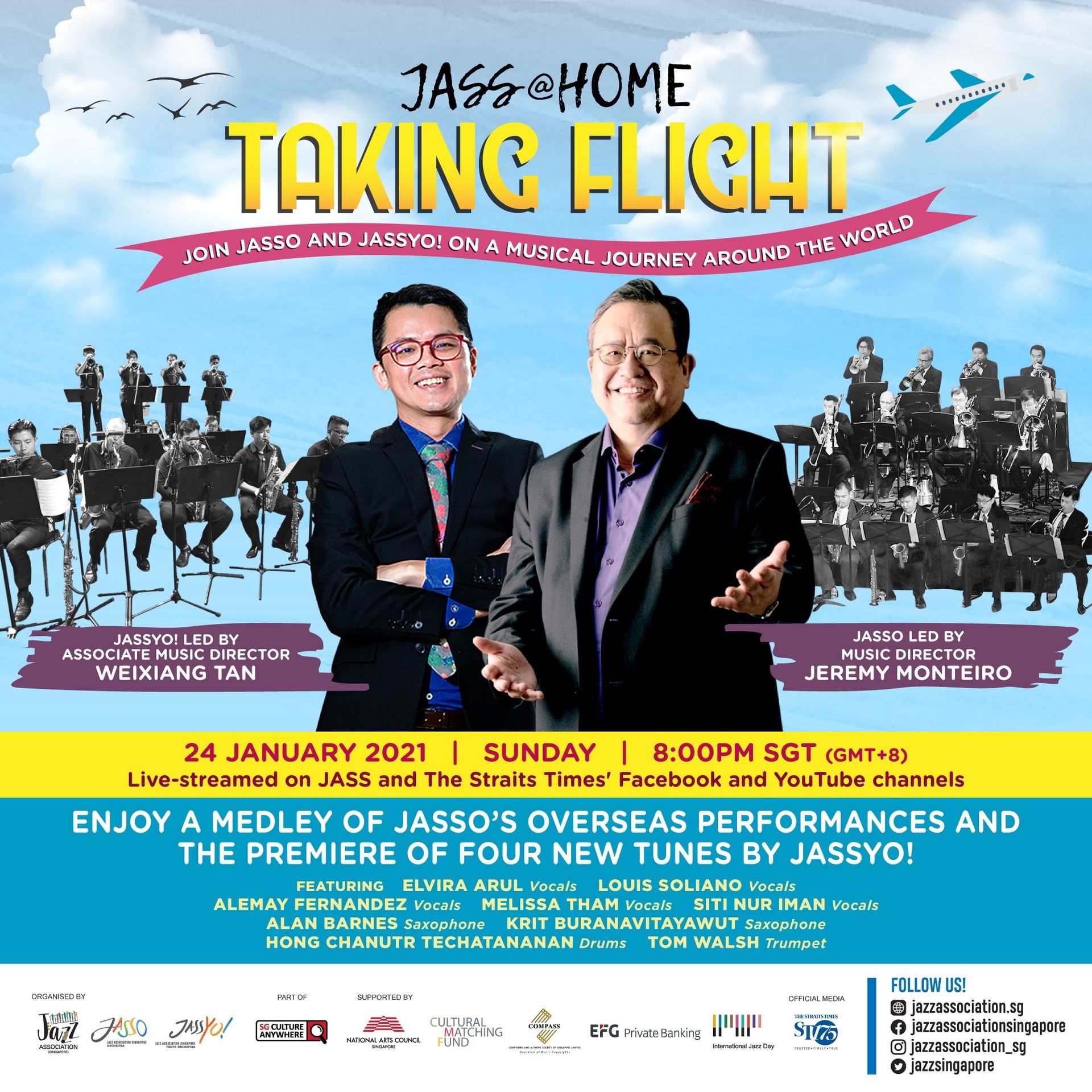 End off your weekend on a good note by watching the Jazz Association Singapore Orchestra (JASSO), led by local jazz heavyweight Jeremy Monteiro and comprised of international musicians such as Krit Buranavitayawut and Tom Walsh, take you on a journey through London, Borneo and Bangkok. The Jazz Association Singapore Youth Orchestra (JAYYSO!) will also be present to present four new songs. 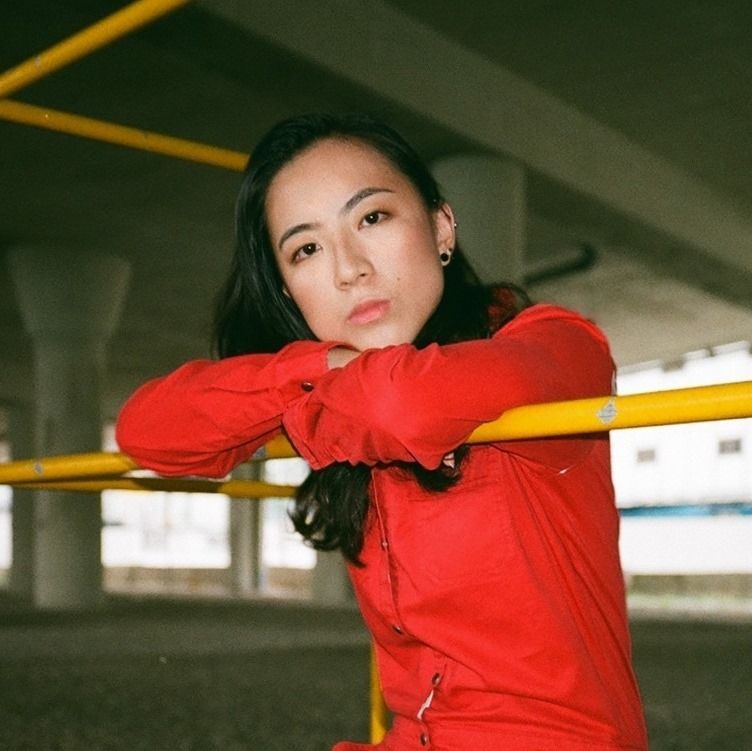 If you are a fan of acts such as Avril Lavigne, Paramore and McFly, chances are you will love what RENE has to offer. Blending the influences of these artists with a highly personal and reflective approach to songwriting — which deals with themes such as relationships, coming of age, and social problems — the indie pop-rock singer has successfully created a unique sound for herself. You can look forward to hearing acoustic renditions of songs from her discography when you tune in to her performances on 28 and 29 January. 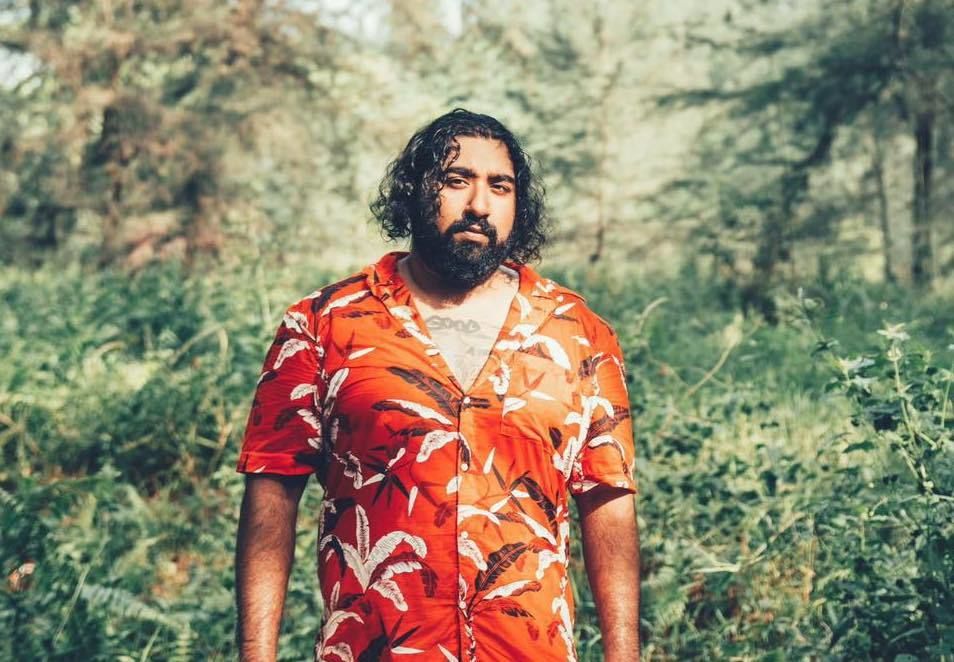 Since his humble beginnings as a busker, local singer-songwriter Daniel Sid has won the hearts of many around the world with his soulful vocals and rich and emotive lyrics. Today, he is being compared to musicians such as Hozier and Passenger, who also happen to be people he looks up to. 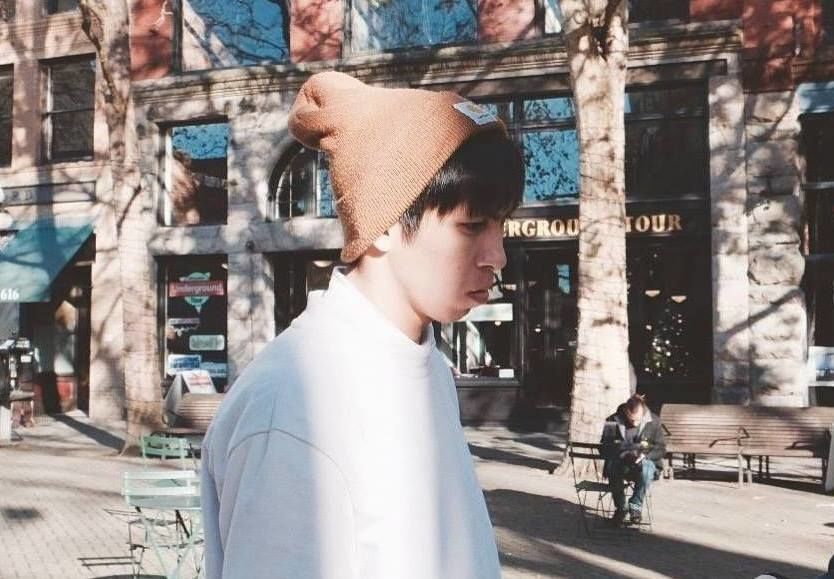 Multitalented hip hop producer Cravism has had his works featured at Adidas Originals flagship stores around the world and opened for familiar names in the hip hop scene, such as Slum Village and Cosmo Midnight since making his debut. Expect to hear a unique blend of jazz and lo-fi elements and hip hop beats when you tune in to his performance. He will be joined by local singer emmeline on 8 January. 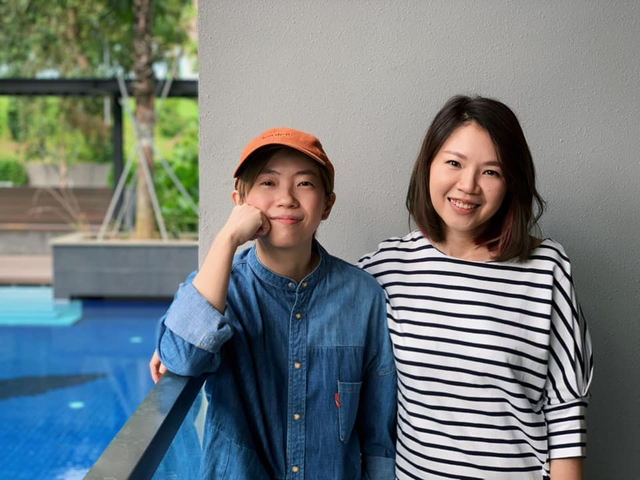 The Freshman to perform at the Esplanade in February