The Lion City Youth Jazz Festival (LCYJF) will return for its fourth edition this April with a star-studded performance lineup.

Organised by the Jazz Association (Singapore) (JASS), this year's festival, scheduled to be held from 19 April to 24 April, will also celebrate the 10th anniversary of UNESCO International Jazz Day (30 April) and JASS' fifth anniversary.

Taking on the title "The Count and The Duke", LCYJF 2021 will pay tribute to American jazz greats Count Basie and Duke Ellington. The festival will culminate in a hybrid Finale Concert, which combines live and virtual elements, at the Singapore Chinese Cultural Centre, Far East Organization Auditorium at 7:30 PM on 24 April. 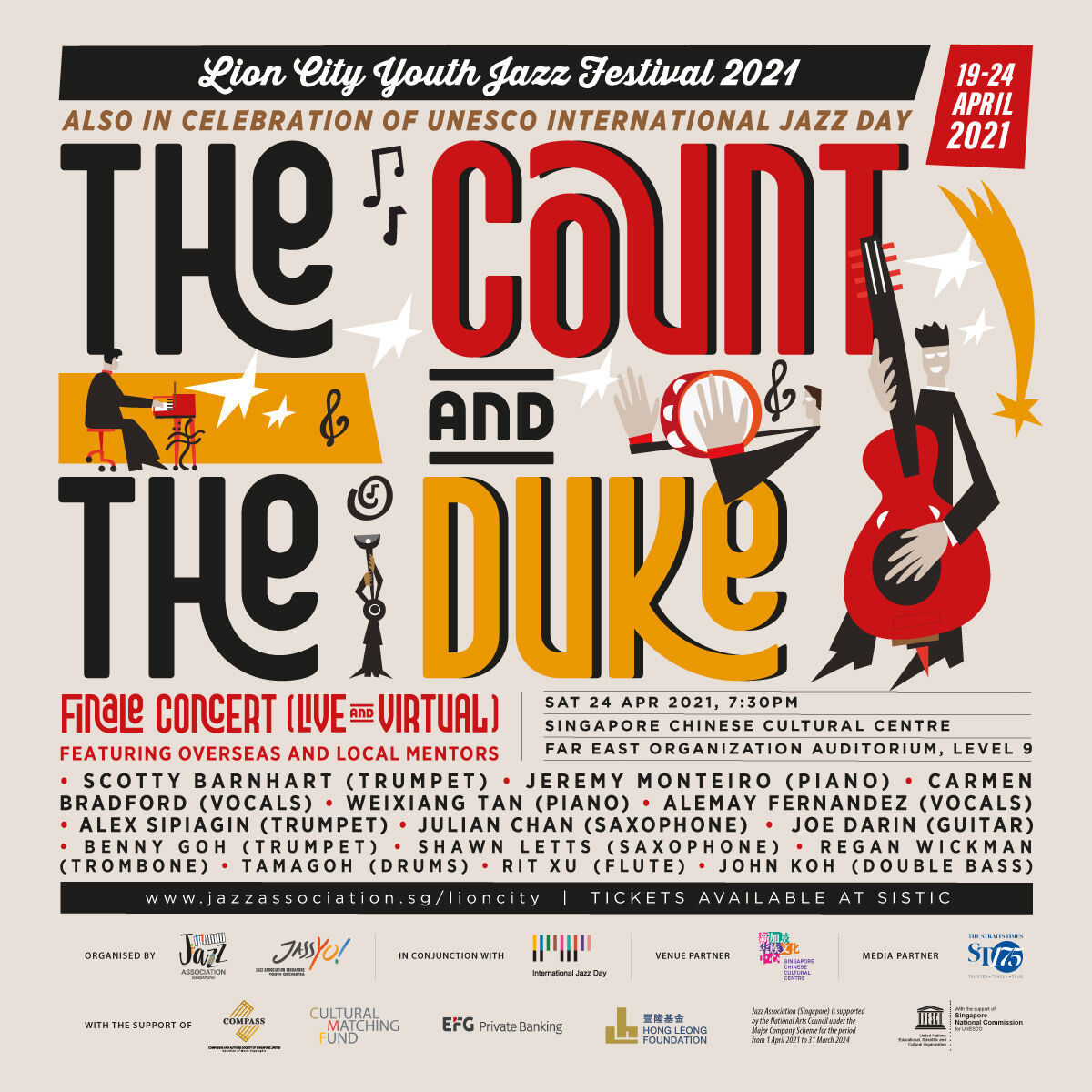 Those in attendance will also be treated to two original compositions from Weixiang Tan and Chok Kerong — 'The Laughing Watch' and 'Hidden Gems'.

Tickets for the in-person Finale Concert are available for S$58 via SISTIC. Alternatively, you can tune in to the livestream of the concert for free via JASS' Facebook page and YouTube channel at 7:30 PM on 24 April.