When it comes to a production that is as large in scale as the National Day Parade, the individual responsible for coordinating it has to be like a multi-adapter plug.

This is what Benjamin Tan, the Creative Producer of the National Day Parade 2022 (NDP 2022) compares himself to. An integral part of this year's NDP Show team, the 33-year-old had to ensure that the different moving parts were in sync with each other.

"The work that I do differs slightly year on year, depending on the Show concept and the creative team that I’m working with. Each year, I try to identify the gaps and try my best to plug them," he tells Hear65.

In spite of knowing how demanding the role of a Creative Producer could be, Benjamin, fuelled by passion and a desire to learn, willingly agreed to return to it for four more years following his initial appointment in 2018.

Equipped with the skills that he had acquired over the years, the live entertainment and shows specialist collaborated with talented creatives such as local film, television, and theatre veteran Adrian Pang (Creative Director) and music producer Don Richmond (Music Director), to deliver an unforgettable 57th birthday celebration for Singapore.

In an interview with Hear65, Benjamin explains how he contributed to NDP 2022, talks about working alongside Adrian Pang and Don Richmond, and shares what he has learnt in the time that he has spent in his role as a Creative Producer.

Hi, Benjamin! Tell us how you, as a creative producer, helped to bring this year’s National Day Parade to life.

This is a difficult question to answer! My role as a Creative Producer required me to be involved across many departments but I’d say that the credit of bringing NDP to life goes to the members working in those teams. I’d like to think of my function as a creative producer to be like a multi-adapter plug. The work that I do differs slightly year on year, depending on the Show concept and the creative team that I’m working with. Each year, I try to identify the gaps and try my best to plug them. This year, I was directly responsible for training and coming up with the choreography for the cheerleaders in Chapter One. 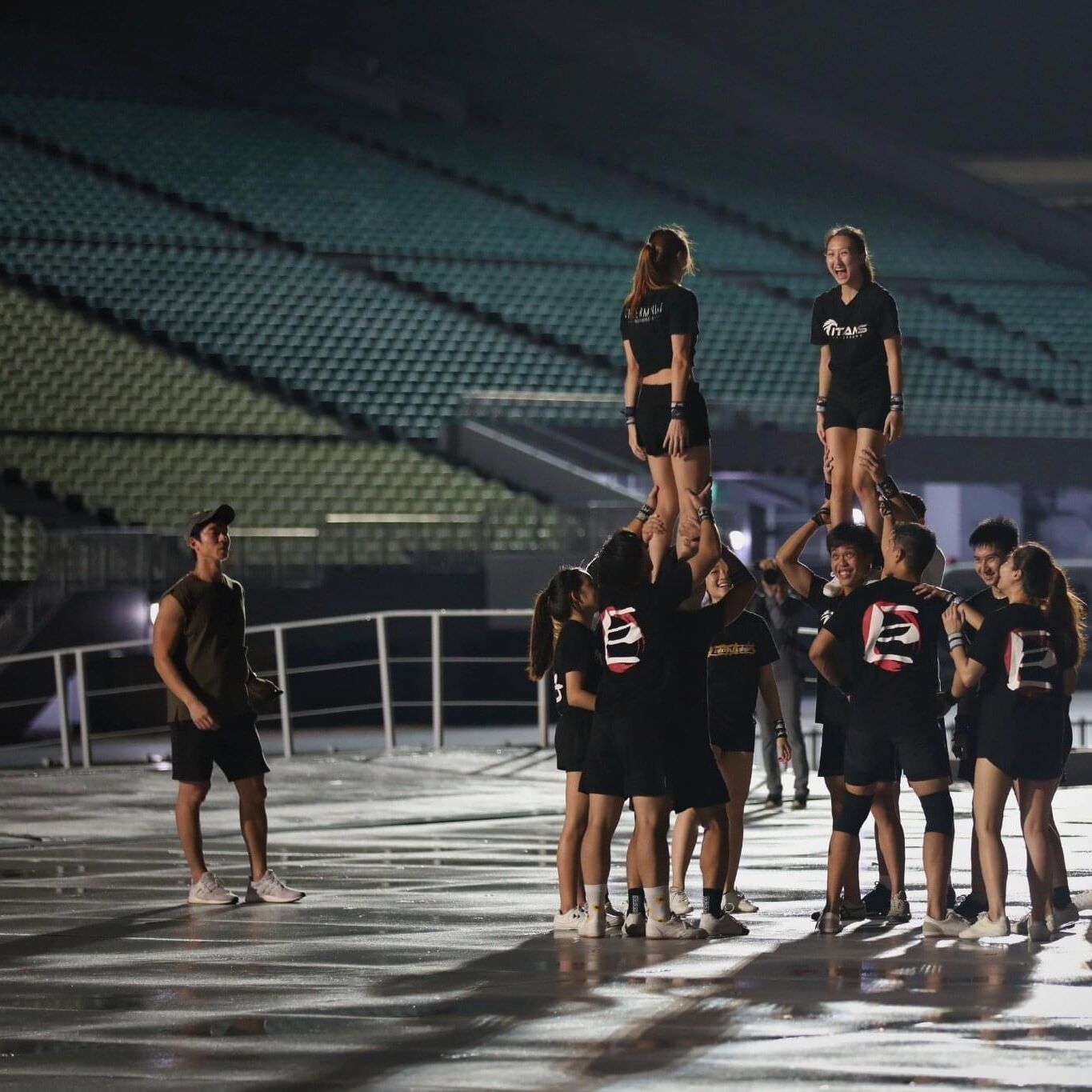 This year’s Creative Director, Adrian Pang, is an esteemed name in the local film, television, and theatre scenes. What did he bring to the table and what was it like working alongside him?

This was my first time working with Adrian and also the first time with a creative director from the theatre scene at NDP. With Adrian, he brought a lot of energy and emotions to our meetings. Using the feelings that we wanted our audience to walk away with as the starting point of our creative process was something interesting to me. Our meetings were often fun and enjoyable because of Adrian’s witty sense of humour and candid expressions.

How did the concept for this year’s Show segment come about and how is it different from previous years’?

The concept of this year’s Show segment stemmed from Adrian’s personal experiences over the past two years. As the owner of a theatre company, it was challenging for him to deal with the uncertainty that was brought about by the pandemic. Yet, this experience was not unique to Adrian alone. Hence, we felt that this NDP would be a great opportunity for us to capture some of these shared experiences. This singular focus on the crisis of our generation was also the main difference of this year’s Show compared to [those of] previous years, which usually presented a broader picture of Singapore. 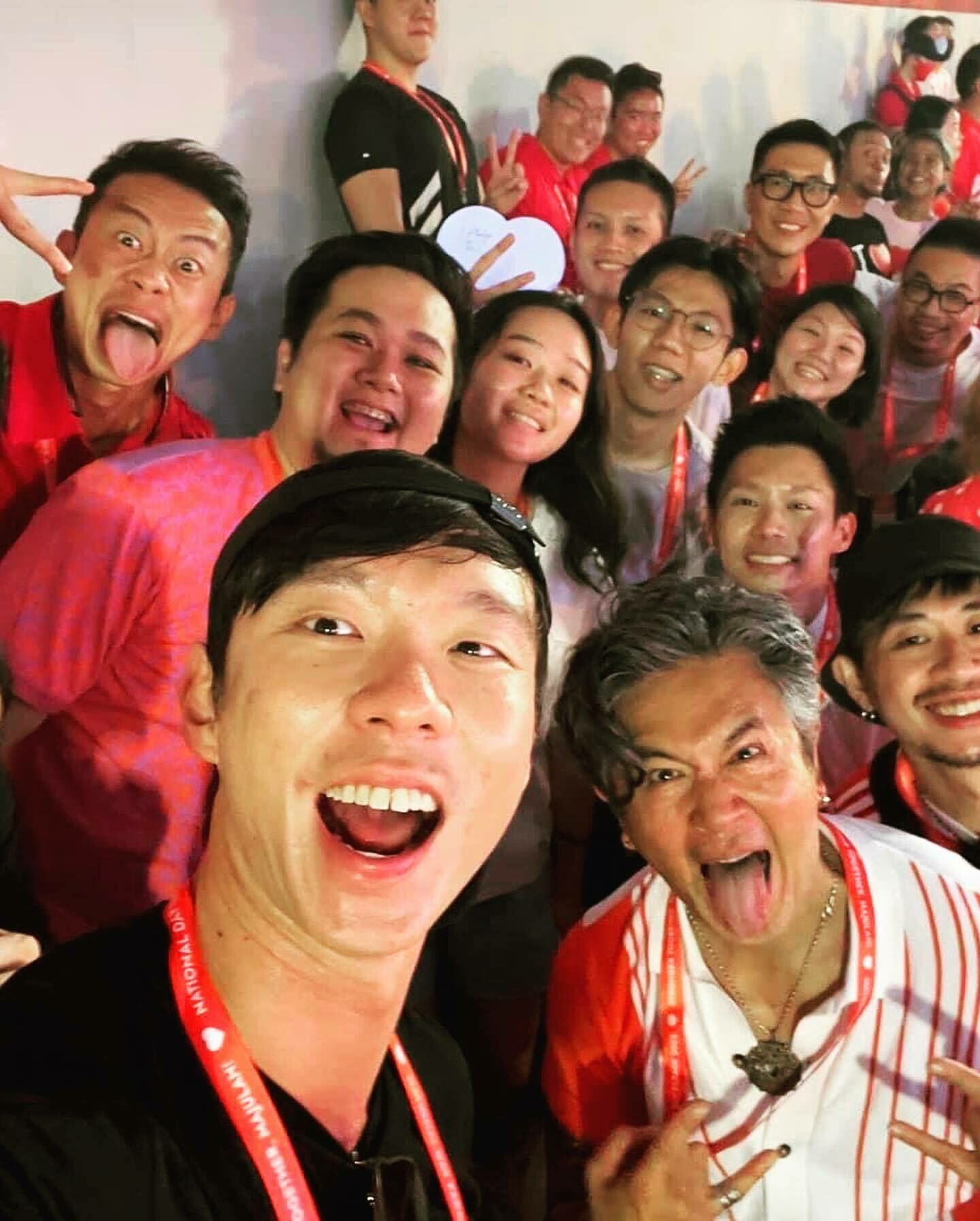 "Music provides texture and flow to the NDP Show. It is so important in shaping the emotional arc that our audience will experience."

Let’s talk about the role of music in the NDP. In your opinion, what does it add to the event?

At the NDP, music plays a central role that anchors all the other disciplines in creating the show. We often only get to create the details of the Show after listening to the first draft of the music. Music provides texture and flow to the NDP Show. It is so important in shaping the emotional arc that our audience will experience. The NDP theme song is also one of the main highlights that Singaporeans look forward to every year.

How were the performers of NDP 2022 (including Liu Ling Ling, MICappella, and Rahimah Rahim) selected?

Once we knew what the genre of music and style of presentation was going to be like for the different segments of the Show, it wasn’t difficult to identify the performers that we wanted.

How did you help this year’s Music Director, Don Richmond, achieve his vision for NDP 2022?

This was my first time working with Don and I must say that it was really fun. I supported him by helping to bring on board some of the artists whom we were keen on having on the show.

"I wasn’t going to just sit behind a laptop and do my work. So, I got my hands dirty by tagging along on film sets, working with the designers on special effects and [trying my hand at] many other production elements in the Show..." 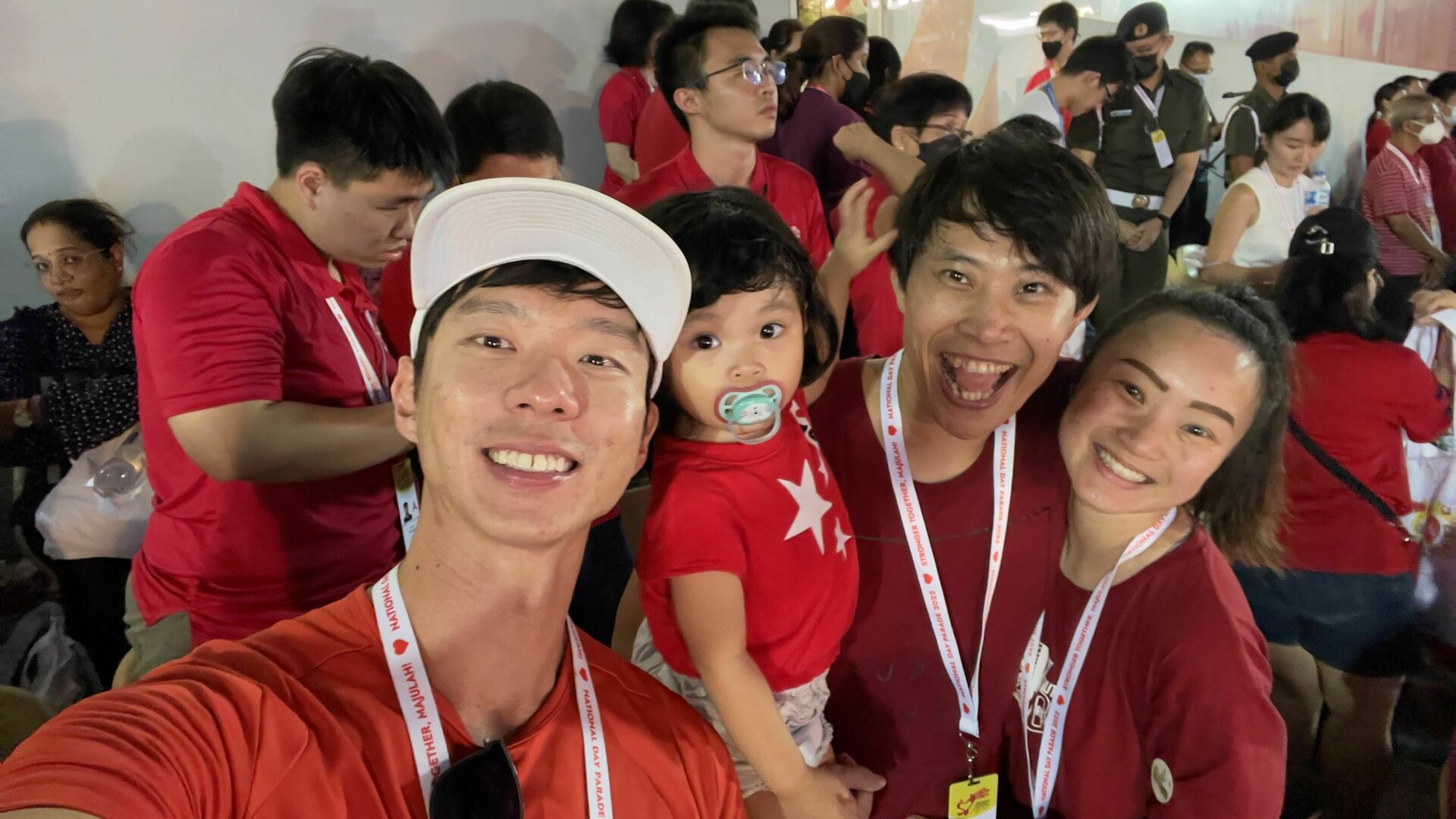 (Benjamin with Chapter One choreographers, Step and Deo, and their baby Sasha.)

You have been the Creative Producer of the NDP for five consecutive years. What have you learnt about the role, and yourself, since you first stepped into it in 2018?

This is a great question and to try to distil my experience over the last five years into a few concise sentences is a challenge. My role is one that requires me to keep learning and discovering. In fact, when I first came onboard [for] NDP 2018, my official title was "Show Producer" and my original job scope was largely administrative. However, with the amount of talent that I was surrounded with, I wasn’t going to just sit behind a laptop and do my work. So, I got my hands dirty by tagging along on film sets, working with the designers on special effects and [trying my hand at] many other production elements in the Show, which eventually landed me the title of "Creative Producer" in NDP 2020. I definitely have grown more confident over the years and there is always something more to learn with each new year.