Forests are preparing to hit the road.

Taking to their social media pages on Tuesday (6 September), the Singaporean emo math-rock trio announced that they will be embarking on a tour of Southeast Asia this year.

Kicking off with a set at the 29th edition of the Singapore Food Festival on 10 September, the band's South East Asia Weekender '22 tour will see them play eight shows across six cities in the region — Singapore, Jakarta, Tangerang, Manila, Kuala Lumpur, and Kuching. 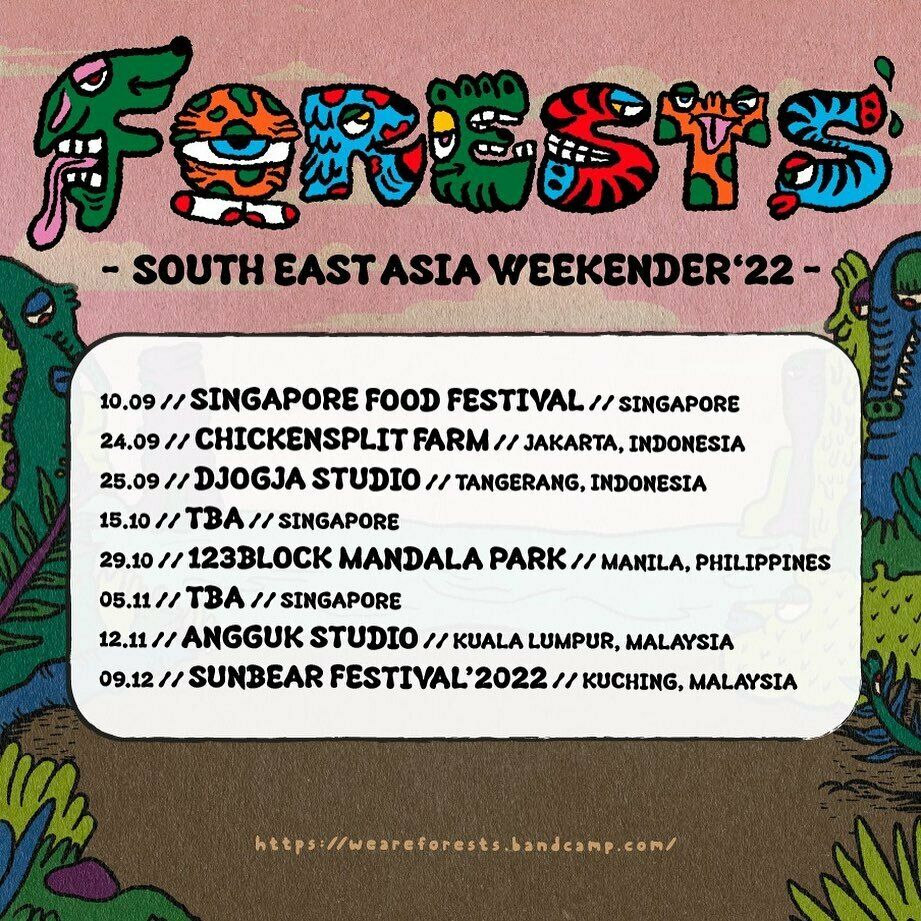 Forests — made up of Darell Laser, Niki Koh, and Daniel Lim — have made waves both locally and internationally with memorable hits such as 'Kawaii Hawaii' and 'Tamago', the latter of which was named the 100th "Greatest Emo Song of All Time" by Vulture in 2020.

This year alone, the group have launched a new album, titled "Get In Losers, We're Going to Eternal Damnation", made their metaverse debut at the March edition of Bandwagon Pixel Party, and performed at Brownstone in Bangkok, Thailand.

Stream Get In Losers, We're Going to Eternal Damnation here: