Singaporean Mandopop duo The Freshman will return to the live stage this February.

As part of the Esplanade's Huayi Chinese Festival of Arts event for the Lunar New Year, Carrie Yeo and Chen Diya will play a full-fledged show at the Esplanade Concert Hall on 20 February.

The concert will be a special one that also doubles as a belated 10th-anniversary celebration for the duo, who had to call off their show last year due to the pandemic. 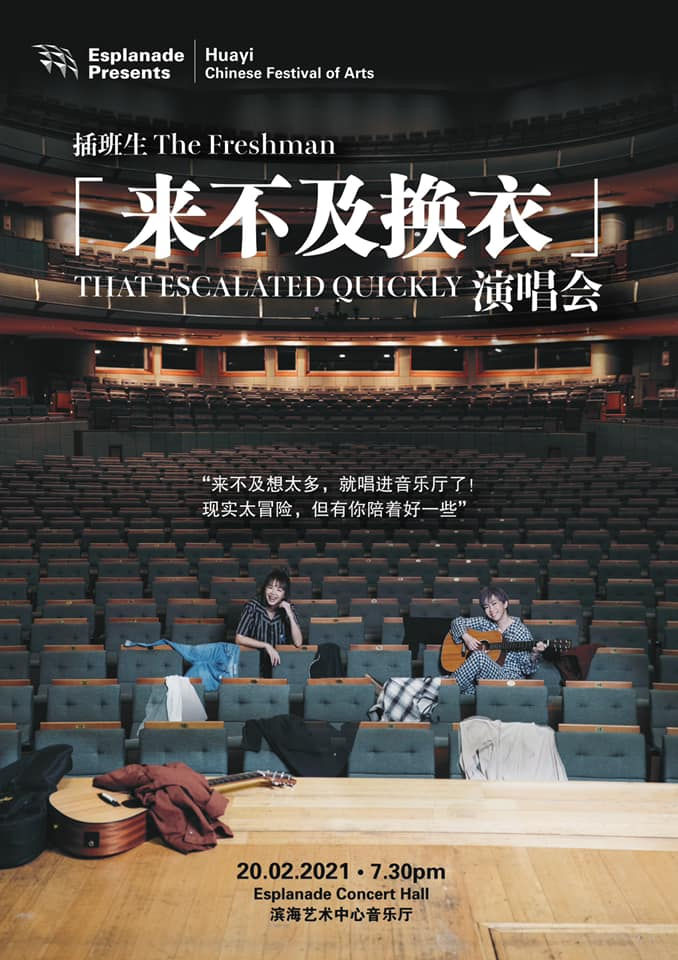 Titled "That Escalated Quickly", the highly-anticipated gig will see Yeo and Diya perform live renditions of staples from their discography such as 'Holding On' as well as newer tracks such as 'Still'.

In what has been an eventful career so far, The Freshman have toured with Mandopop legend Jacky Cheung and carved out a name for themselves in the local Mandopop scene.