Danial Bawthan, known as "Wheelsmith" when he is on stage, is an artist who is on a mission to spread love and hope through his musical creations.

Despite having lived with muscular dystrophy — a condition that causes progressive weakness and muscle loss — since he was four years old, the homegrown rapper, beatboxer, songwriter, and producer believes that he has much to give.

An unreleased track, which he will be performing when he represents Singapore at the True Colors Festival The Concert 2022 (which will be held in Tokyo from 19 November to 20 November), is one example of how the 28-year-old is trying to illuminate the lives of those who are struggling to find a way out of the darkness.

"What people can expect from [my set] at True Colors is [this song] that consciously reminds people that the skin and bones and your flesh are things you cannot change. That is an identity that you have to, unfortunately, just be a part of," shares Danial, who is also a Team SG wheelchair rugby player.

"But what you do with it? That is something that you can take control of. This song is a gentle, nice reminder to love yourself." 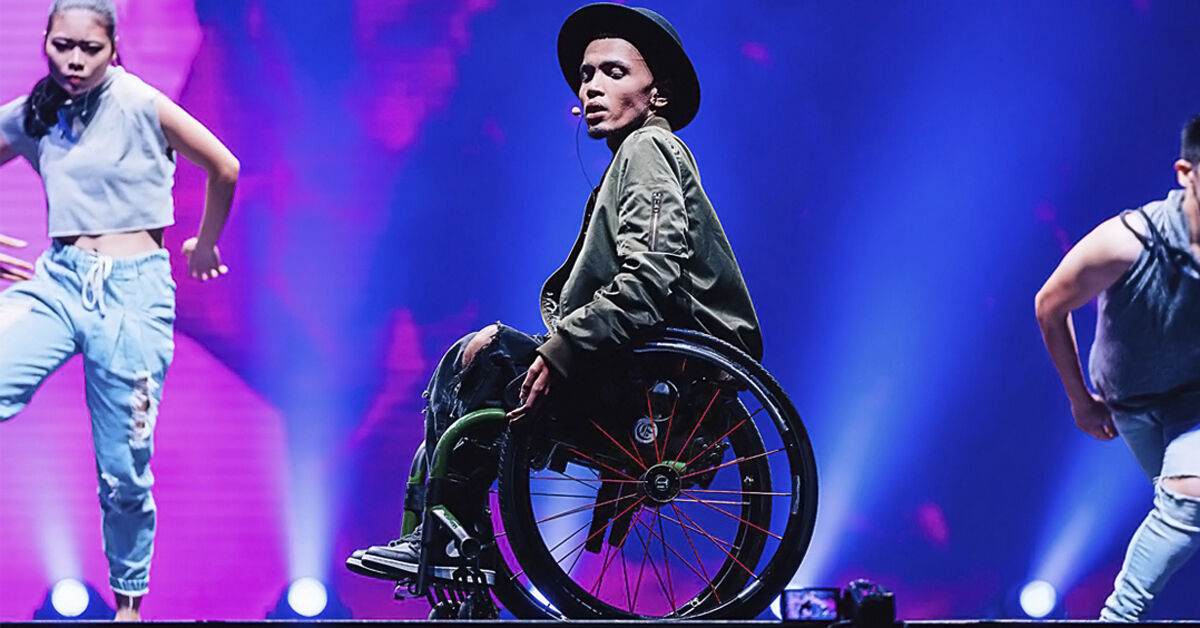 Although the multi-talented act fondly remembers falling in love with hip-hop music after encountering icons such as 50 Cent, Snoop Dogg, Ludacris, and Eminem on MTV years ago, he does not intend to conform to pre-existing moulds. Instead, he wants "Wheelsmith" to be an identity that he fully owns.

Having released his debut single 'Vanilla' in 2019, Danial is gearing up for the release of his inaugural EP. A display of both his imaginative mind as a producer and his sincerity as a storyteller, the project will serve as a proper introduction to an exciting addition to Singapore's hip-hop scene.

In an interview with Hear65, Danial talks about bringing hope to others through his music, opens up about how he overcame obstacles in his career, and reveals what we can expect during his set at True Colors Festival The Concert 2022.

Hi, Danial! How did you come up with your stage name?

Previously, I was using a different moniker which, now that I think about it, was very cringey. It was my gamertag. Anyway, I think it was back in 2016 or 2017 when I was in a studio and Akeem Jahat was there. He took a long look at me and then said, "Nah, that name is not right for you." And then he went, "Wheelsmith". Back then I was making beats, so it was a [reference to] "wordsmith" and "blacksmith". Everybody at the back went, "Mmhmm! Yeah, majority wins."  I was sceptical but people liked it and I just rolled with it.

You’re an entirely self-taught musician. What were some of the biggest challenges that you faced during the early stages of your journey?

I would say the technicality of executing the music. I need to translate [whatever I have in my head] onto my laptop. But at the same time, my fingers don't work. So I think my biggest challenge is [figuring out] how I [can] manipulate my instruments or my keyboard and to [find out] how I can overcome that physical limitation of playing a melody on a keyboard or playing a drum pattern on a drum pad. I think I spent three years, three or two years just trying to figure out how [to] do music.

Once I kind of figured that out, I guess it felt almost like an instinctive thing to do. Whenever I have a session with other producers, they will say, "Damn, bro. That's how you do it." And [I will say], "Because I can't do that." If I can't do A then I have to find B and C, you know. 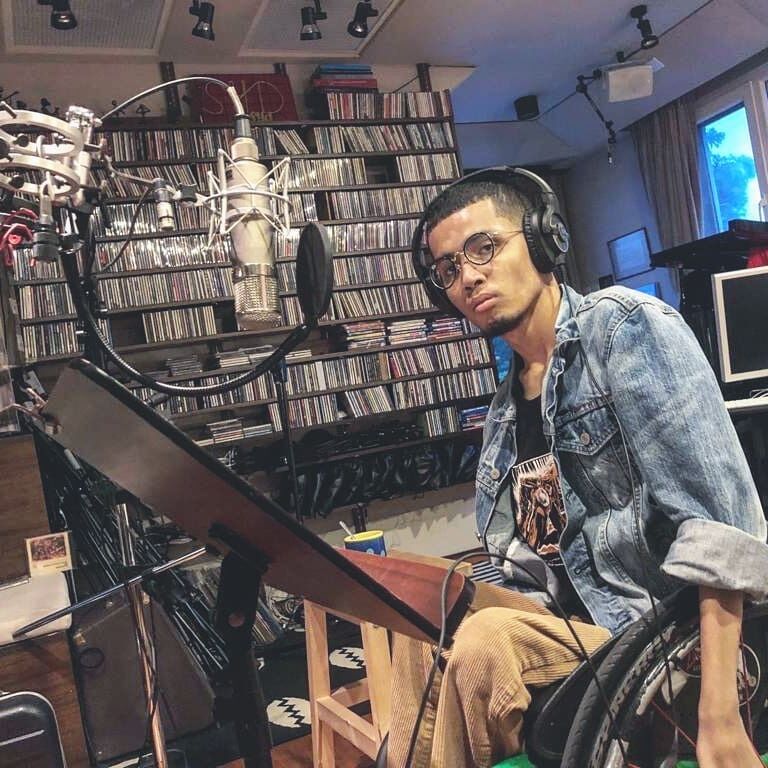 "I will still do things like 'Vanilla' but I would also want to do something that people could actually just enjoy. Just on the brighter side of the spectrum."

Your debut single ‘Vanilla’ is a very personal number that explores the struggles you have faced in life. Is this a topic that you intend to continue exploring in future releases?

Yes and no. [In] rap music, you normally gravitate towards either talking about your struggles, your come up, or facing your demons. And then on the other spectrum, you talk about money and that kind of lifestyle. In the middle of it, there's a big, mainstream radio kind of rap, [which includes] Macklemore and all these other rappers. I came from the "struggle" version. 'Vanilla' was a way for me to let things out. And ever since [I released ‘Vanilla’, I [have] thought, “Well, I think I've said pretty much what I wanted to say.”

Following up on that, I tried to write other things, but a lot of it felt like it was just 'Vanilla 2.0' [or] 'Vanilla 3.0' and I had to stop. I had conversations with Fariz Jabba sometime before COVID [hit] [and] he said, "Bro, you have to be versatile with your work. I understand [that] you want people to appreciate where you've come from and how far you've come, but I want people to understand and appreciate that you can be joyous or joyful in life. Bring out the brighter side of you and let people enjoy that moment as well."

I will still do things like 'Vanilla' but I would also want to do something that people could actually just enjoy. Just on the brighter side of the spectrum. I haven't figured out what yet... [or rather,] I have but it doesn't feel like Wheelsmith.

"I'm curating it (my EP) in a way that there is enough light for people to understand that I still have some sense of hope in life. But I also do not want to forget about the shadows that I came from."

Let’s talk about your forthcoming EP. What are some of its biggest musical influences?

The idea was to write a book where, instead of reading, I wanted people to listen. So I'm curating it in a way that there is enough light for people to understand that I still have some sense of hope in life. But I also do not want to forget about the shadows that I came from. So it's a mixture of boom bap and autotune melody rap stuff. [It also has] experimental ambient beats because I'm also a beat maker and I want to explore and stretch my beat-making capacity and creativity as well. I think people can expect an instrumental [track] in the EP.

Originally, I was quite ambitious. I wanted to do eight tracks. But right now, I feel like with whatever I have, I can merge some of these songs into one because of how similar [their] vibes are, even their content. I'm looking at maybe even just three to four [songs] with one instrumental [track] that is very ambient-ish. So we'll see.

"Underneath it all is a sense of duty to represent [my country] well."

You have represented Singapore in the sports realm as a rugby player. How does it feel to now be able to represent your country as a musician at the upcoming True Colors Festival The Concert 2022?

Not to sound clichéd, but I do have a sense of duty. I'm given the opportunity [that] doesn't fall on everyone's lap. [It] comes with a set of responsibilities that I feel I should be aware of. So with that, I feel like there is a sense of duty to represent [Singapore]. But of course, it will be fun and it will be a moment that I won't forget. It will be a moment when people will recognise Singapore [and say], "Oh, Wheelsmith! That's [a rapper from] Singapore." But underneath it all is a sense of duty to represent [my country] well. 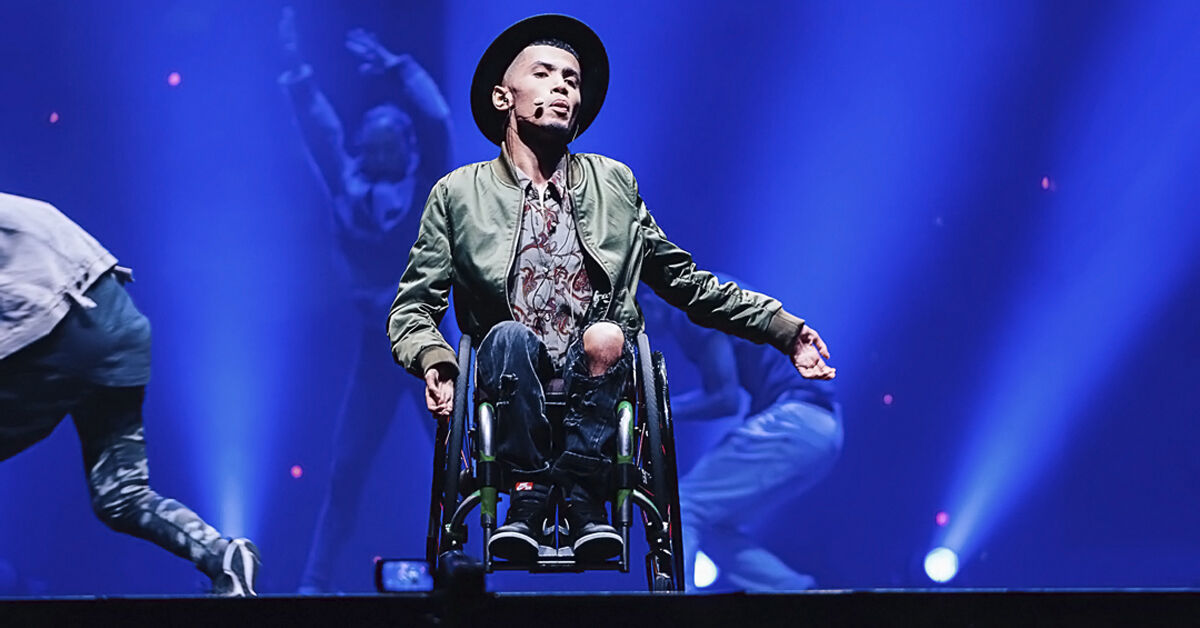 "We give our love too easily when it comes to other people and then [when you] go back home, you are the worst person ever to yourself."

What can concert-goers expect from your set at True Colors Festival The Concert 2022?

When we were discussing about what should I do during my set, I sent them (the organisers) my demo — a bunch of like 10 tracks, maybe even 11. Interestingly enough, they picked a song that I wasn't ready to share. Remember that I told you that everything I wrote about somehow felt like 'Vanilla 2.0' or 'Vanilla 3.0'? I kind of flipped it up. I was like, "Okay, why not a song responding to Vanilla? What would that be?"

What people can expect from [my set] at True Colors is [this song] that consciously reminds people that the skin and bones and your flesh are things you cannot change. That is an identity that you have to, unfortunately, just be a part of. But what you do with it? That is something that you can take control of. This song is a gentle, nice reminder to love yourself.

[There are times] when you look at yourself in the mirror and you know that's you, but you don't want that to be you. It's either "Yeah, I look okay, but [on the] inside, I don't feel like this is who I am" or "I'm okay internally but when I look into the mirror, I kind of forget who I am". Either way, you just have to love yourself a little bit more because I feel like we do have the capacity. That's the moment when I realised that (the song) had to be a response to 'Vanilla' because I do have the capacity to give love to my people. [Having] empathy to pay attention, to give [them] my time and moment, and just being gentle. Being gentle with you, my colleagues, my closest friend, my family members, or my cousin.

[However,] I've never been gentle to and had enough compassion for myself. I'm my worst critic. Before anyone slammed the door on me, I'd [already] done it to myself. [The lesson that people should take away from this song is this:] Take a moment to just love yourself a little bit more. We give our love too easily when it comes to other people and then [when you] go back home, you are the worst person ever to yourself. 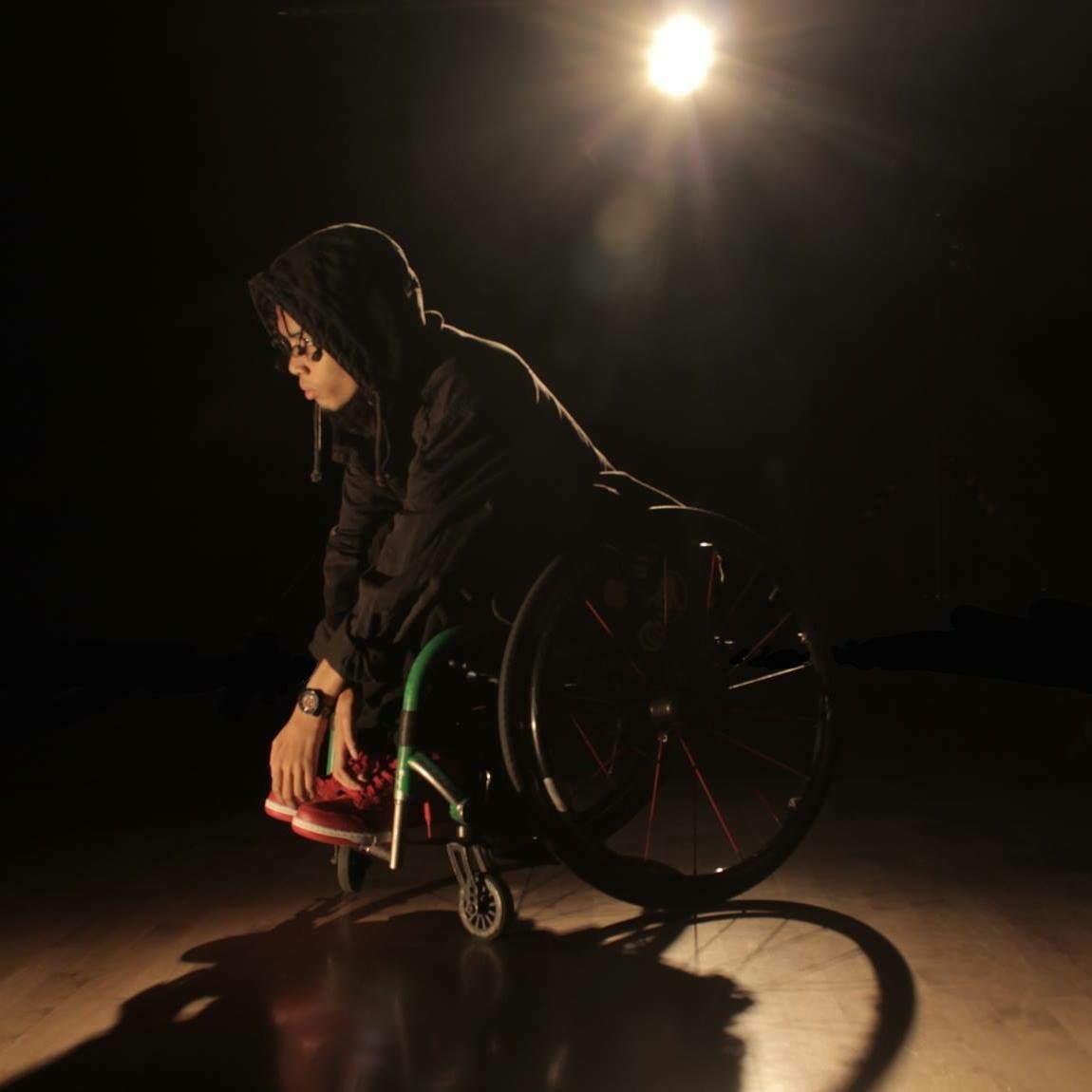 Finally, do you have any words of advice for aspiring artists who are facing challenges similar to the ones you have had to contend with?

Be truthful with your message. Be truthful with your identity [and] your artist persona, [and] be genuine with what you say. Be kind... [and] just be gentle. Be a little bit gentle with what you expect because when you do these kinds of things — especially in this day and age when Spotify is run by numbers, statistics, and facts — you tend to expect things and that will bring you down. That shouldn't be the case at all. I think my message is just to be kind, truthful, [and] genuine. And, you know, let it be.

This interview has been edited for clarity and brevity.