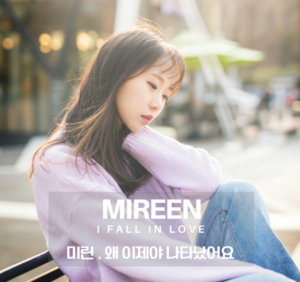 I Fall In Love

Mireen, a Singaporean Singer debuted as a K-pop girl group - The Starz in Korea 2015, is back with her First Single Album, "I Fall In Love". Produced by Nam Yun Hu, who also did her previous group's songs "I Like You" and "A Little By A Little", he brings out the sweetness of a young girl's pure and innocent feeling of love. Originally, Mireen was supposed to go to South Korea to produce her album in April 2020 but due to covid19, she delayed her album release to this year August by working with Soul Dot SG (Music Production Studio), making it a Singapore-South Korea collaboration.