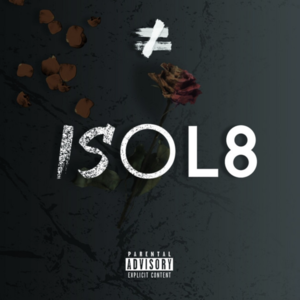 As Singapore comes out of the Circuit Breaker period implemented due to the COVID-19 pandemic, the new rap group Not Equal presents the aptly titled 'isol8'. Consisting of 2face and Opus Renegade as well as vocalist Mayday, Not Equal's debut single is also notably produced by RIIDEM, formerly known as Shorya. Thematically, 'isol8' is a track that explores the make or break mentality of those at rock bottom. It explores the dilemma of those who are more alone than ever before, and the demons that creep into one's mind in such situations. As the vocals kick in at the start of the song with "I like girls and they like me", listeners are tricked, in a way, with the song first coming off as your typical Casanova-esque anthem serenading those of the female population. However, if you listen further, the real message of the song sets in – the various activities that used to keep everyone sane is no longer accessible, and that this isolation is forcing people to deal with their own thoughts and experiences more than ever before. Lyrics such as "Old photos and memories / Lock me up, I cannot breathe / Smoke a rock to set me free / Collapse back eventually" conveys the suffocation felt in those situations. 'isol8' calls for people to reflect on what they used to have, what they are left with, and how to move forward from their current situation – they can either break from the pressure, or choose to deal with it and make the most out of their circumstances. In terms of the track's production and sonics, RIIDEM delivers instrumentals that are undeniably apt in a track such as 'isol8'. For example, the telephone effect that is most evident in Mayday's chorus gives it a hollow sound – reflecting the emptiness and loneliness felt in isolation. Even though vocal effects are used throughout the song, it is good to mention that there is still a clear distinction between each of the three artists. The ominous keys used in the instrumental also add a sense of suspense and unease that brings out the melancholy of the song even more. The pacing of the song is relatively appropriate, but it remains quite constant throughout without too much variation – which might come off as anti-climactic to some. This might be a possible consideration for the group moving forward. For a debut single, 'isol8' is a good introduction to what Not Equal represents and what it is capable of. It places the crew in a good position – it showcases the differing flows of the trio, but still leaving enough space for growth and improvement.