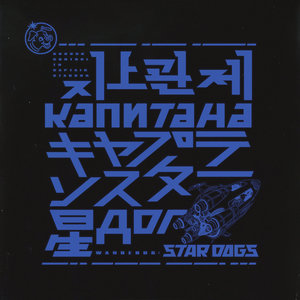 Star Dogs is the debut EP of The Wanderus, chronicling the escape of Woofiter's last surviving Star Dogs from the clutches of the Sun Cocks. Will Singapore's Supertrees prove a safe haven? Expect a conceptual, intriguing mix of the dissonance of grunge rock, the atmospheric spaciousness of cinematic soundtracks, the catchiness of pop choruses and some really luxurious guitar and bass playing: 1. Starship Love, the main single, is an adventurous song about a living being floating solo in space, becoming intrigued by another living being floating solo in space, after being alone for a long time 2. Glow is an anethemic song that is conversely about a diminishing flame, that the protagonist desperately tries to keep going, even when it’s clear that it is going to get snuffed out 3. Aftertone is the slump after the final desperate push of Glow - about someone who just can’t do things right and has ended up in a broken state, having given up on life 4. The album ends off with the more stripped down, intimate Walls, a classic love story but with a twist at the end, which teaches us to let go of lost love