This year's going to be a busy one for Sezairi. Two weeks ago, the Singaporean pop artist dropped the music video for his latest single 'It's You', which raced up the charts across the region within days of its release.

The smooth ballad – his first ever released! – is just a taste of an EP that's due later this year. This release looks to be a step forward for Sezairi, who last put out his self-titled EP in 2016 and before that made his debut in 2010 with Take Two, a year after he won the third (and last) season of Singapore Idol.

To make this EP, late last year Sezairi flew to Sweden for two weeks to work with professional songwriters, and dived deep into the musical diet of his youth and the stylistic inspirations for this release: Boyz II Men, early Backstreet Boys and more. In 2017, he also put out the groovy tune '70's', which paid tribute to a different, but no less beloved era of music.

We spoke to Sezairi about the new music he has coming out, what it was like working with Swedish songwriters, and what he remembers from his Singapore Idol days (the answer will surprise you – we certainly didn't expect it). Also, read to the end to find out which local musician Sezairi wants you to check out, if you haven't already.

Can you tell us a little bit more about your upcoming EP?

When people listen to my stuff, they say, "It sounds like this, it sounds like that". Well, yeah, it's kind of from those elements that inspired me and that I'm really comfortable with. These are the things that I know very well and these are the things that help me navigate through my ideas, vocally and technically as well. I used to think ballads were super cheesy. I was always very concerned if people would think it was cool or not. But it's quite a liberating feeling to just say, "whatever, this is what I'm comfortable with. If you want to listen, listen. If not, whatever."

Why do you think you're more confident now? Does it have anything to do with the fact that you've been putting out music for a while now and the confidence comes with time?

I think I'm a late bloomer. My earlier years in art and music school were so different because everyone had their own idea of what they wanted to sound like. Everyone had this ‘art school gusto’ where they thought they were right and the teachers were wrong, which is actually a great mindset to have when you're young.

The more I did it, I started to have a lot deeper thoughts about why I was doing it, the purpose of my music and all that. That's the exact thing I thought before I started writing this EP. I feel like the turning point was when I started to be true to myself and be honest that this is what I like. I can only hope people accept it. I think the whole picture will be clearer once everyone hears the other songs but I think the ballad kicks off the EP in the right way. I think we started on the right foot.

Does the EP have a unifying theme or sound?

Yeah, it sounds like it came out from the late 90s, with a modern, more compressed sort of sound to it. It's very modern pop but it's very hard to explain it to you in words without letting you listen to it.

I think it appeals to a certain sense of nostalgia as well. If a new listener were to listen to it, they might think, ”Ah yeah, it's cool. But this sounds like something I've heard back then. This is kinda refreshing." And isn't that what music is? It's a huge loop of people reusing each other's ideas and refining them. Like, disco was dead but in the early 2000s era it came back again, and Calvin Harris turned it into a different type of disco and the wheel goes round and round, right? So I guess as an artist I realise where I am in the grander scheme of things, where the wheel is spinning, and I think I'm hopping on at the right moment and just trying to gain leverage.

You worked with producers and songwriters in Sweden like Brooke Toia and Harry Sommerdahl online before flying to write with them in person last year. Did working with them online prepare you for that?

No, man. The intensity of it was crazy. The only person I know that's close to me that I could ask for advice from is Ben [Kheng], because he flew around the world writing with all the topliners. He told me that there's nothing you can do to prepare for it. And I've written with writers, but not to that capacity. Like Harry has discography with The Pussycat Dolls and like The Wanted, it's nuts!

I was a bit intimidated but once we connected musically it was so simple. There are some songs that we wrote in there that we were just jumping up and down in the room together. Kind of like, "Dude, we don't even know each other very well but this is great! Doesn't this sound great?! Is it just me?" We developed that bond from there and we still text each other now like, "Dude, this mix is sick!" It's really nice to know that as songwriters, you always have something that connects you with other songwriters. Even though you don't get along that well, there's always something that you can relate to. I guess we appealed to that and it worked out very well.

Next year will mark 10 years since you won Singapore Idol. What do you remember most from that period?

I puked a lot.

I still do it though, out of nervousness. I puke every time before I go on stage. It's just my gag reflex. I can't control it. The funny thing is right, the moment I sing the first note, it's completely gone. And I'm like "Whoo, this is home". People think I'm crazy. It sucks because I've tried everything. Like omeprazole to control your gastral reflux, yoga and meditation half an hour before you go on.

Now I do that, I have a meditation podcast. In my head I'm like "I have so many problems… Why do I have to deal with all this s***? I just want to go up there and sing." But the great thing is, with all these songs and music videos that are coming up, I managed to compress all that and use it to my advantage. As an artist, it's a huge milestone for me.

Is there anything else that you want to talk about?

It's great that I'm finally with a major label that finally empowers me instead of stifling me. For a person like me, that's invaluable. Growing up in the arts community people always say, "The big corporations just want to make you something you're not." But I feel like it's a different case in this region. An artist should be more open to collaboration no matter where they're from. It's something you should be open to.

Charlie [Lim] once said this to me: "Selling out is a privilege." I don't agree fully but to some extent, I don't think there's such thing as selling out here. No one's won a Grammy yet. There's no such thing as mainstream here even. I feel like we're all in this together. When I see a new artist, I don't feel like I'm above them in any way. I feel like it's a level playing field because no one broke the glass ceiling yet and all it takes is for one Yuna-type person to pave the way for everyone and as a collective scene, in order for us to jump from a scene to an industry, we should just try our best. Whoever takes the bulldozer and paves the snow [will make it] easier for everyone. Just look at it [from] that perspective and help each other instead of like trying to compete with each other. I think there's enough space for everyone.

Listen to and review Sezairi's music on Hear65 here! 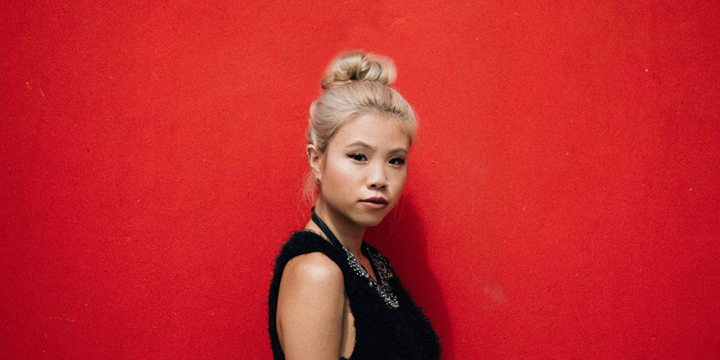 I was listening to her this morning and I get her, because I was there before. She's my junior, she's a LaSalle kid also. We went through the same experiences in music school, so I know where she's coming from in her writing. Although I think Joie has a long way to go, I think that there's something there. It's so genuine, there's nothing disingenuous about her, even when you talk to her in person. There's nothing that she's trying to be that she's not. She's writing things because she needs to – like, when you read the words and listen to the melodies it really feels important. It feels like these feelings are important.

Listen to and review Joie Tan's music on Hear65 here!