Charlene Su understands the power of a weapons-grade coo.

Though only two official releases in, the Singaporean singer-songwriter has furnished an alluring glimpse at a distinct mode of pop songwriting. Her R&B-adjacent voice is as capable of sensual, smoky intensity, as it is tailor-made for sweetly catchy ear worm-ready, hooky-aplenty, capital P pop. Even if she’s following the tendrils of her influences, no one can deny that they’re leading her to new, exciting places.

Below, she chats with us about how she found her voice and where she wants to take it.

My name is Charlene Su. I'm 24 this year and I'm singer-songwriter from Singapore. I make original R&B and pop music.

What made you want to get into music?

I knew I wanted to do music from a very young age. When I was a kid, my parents brought me to all the supplementary classes on Saturday; I did kung fu, speech and drama, painting, pottery as well as ballet for a long time. One day, when my mum was driving me to ballet class and 'Open Arms' was playing on the radio, I said, "Mum, did you know I can also sing? I think I wanna learn how to sing," and she was like, "We signed you up for so many classes and you wanna learn the only class we didn't sign you up for?" [Laughs]

I've always thought that music was the perfect way for me to destress and it's catharsis for me. It's also about the freedom of expression. In Singapore, it's hard to find free time to do something you love. Music is a way of release for me.

In your Spotify bio, you write that you hope to make music that is "sincere" and "honest". Why is that important to you?

I feel like sincerity is very hard to come by in this instant gratification world, where everything is so easily manufactured. Even in music nowadays, because of Spotify, every song needs to be a radio hit. I don't deny that is very important, and I also subscribe to that in some way, like TikTok-ready songs.  I don't make music because of that but I'm aware that to be radio friendly, you have to subscribe to that.

But, I always prioritise my lyrics first. I used to write a lot of poetry; I was one of those Tumblr girls in high school. That really formed my way of expression, which is poetry, essentially. For me, it's expressing how I feel in a given moment. 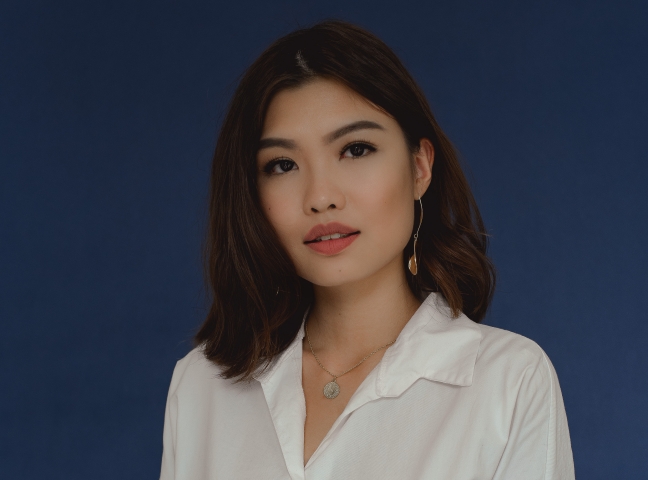 Your debut single 'home with you' presents an interesting view of love and intimacy. What's the emotional standpoint of the song?

For me, that song is about finding an instant connection with somebody and not wanting to care about the future.

What I wanted to convey is that, sometimes, you just have to live in the moment and be spontaneous. I feel like, in Singapore, that spontaneity is so hard to find. I wrote this song because I felt an instant connection with somebody and it didn't make sense for me to think so far. I just wanted to hang out, enjoy the moment, and I don't care if it goes somewhere or not.

Just let the moment take you somewhere, that's what I mean. It can be whatever you want it to be.

And from that, you shine a bright light on the pressures of being an adult on 'don't wanna grow up'.

It's a very niche topic that not many songs have touched on, which is why I felt very inclined to write it in the first place.

I wrote 'don't wanna grow up' when I was at a very uncertain time of my life. I was considering quitting my very stable job because I wanted to do something else. I felt very unfulfilled in that position and being a multi-faceted person, there're many things I want to do and I can't just pick one. I feel like that today's society, you are always pigeon-holed to pick one for the rest of your life, and I felt very trapped by that mentality.

In the shower, I was thinking about that pure innocence back when I was in SOTA, when I thought, "Screw society! I'm going to do music forever!", and then I realised I have to eat. I was just really upset at the realities of life. I was just crying, not knowing where the shower started and the tears ended. So, I started writing lyrics on the condensation of my shower screen, which I do all the time.

I was standing in the shower, looking at the lyrics, and thinking, "You know what, so many of my friends experience this. Why is there no song, that I'm aware of, about this?". In Singapore, we need this especially so, because so many people are trapped between making money and following their passion. This song is my coping mechanism to rationalise how I was feeling at that time.

Would you say that, in the process of bringing this song to light, you have come closer to reconciling these two worlds?

At this point, it's not really about choosing between the two. It's about how I can make everything work together, and that's something I've always struggled with. But if I want to make something happen for me, I have to put in the work. So, I wouldn't mind doing a day job and being a singer; I don't have to pick one, I can do all of it. I just have to work really hard and I don't mind doing that, because I love being busy and doing everything that I do.

I was very touched when a lot of people, even from outside Singapore, from Philippines and Indonesia, reached out to me on social media to tell me they love my songs. And they completely understand where I'm coming from, and they'll quote my lyrics back to me. One of the most popular lines from that song is, "I just wanna work on myself / Everyone else can go to hell". This is not about everyone else, it's about you. You just have to deal with all the realities that life throws at you in the best way you can. 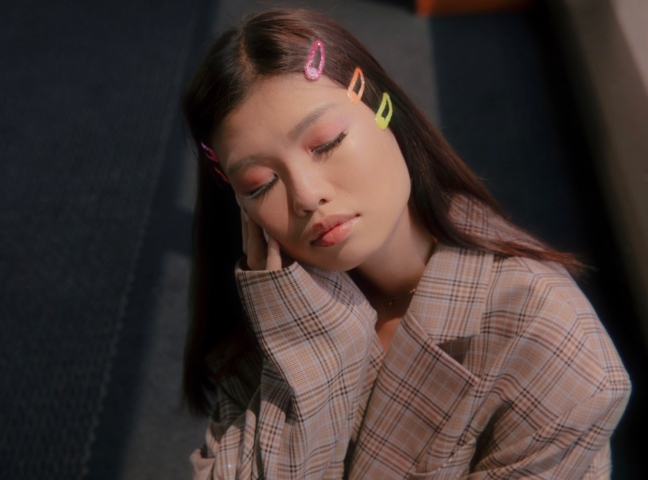 You have a line that goes "My art can speak for itself". What does that mean to you?

More often than not, when you're a musician, people ask, "What kind of music do you do?". Or they try to pigeon-hole you into genres, or liken you to other artists. Why do I have to be like this or that person? My art can speak for itself! If I consider myself a musician, why are you doubting that I'm a musician just because I don't play an instrument? It's just a form of expression. It can be taken in many ways.

Lastly, what do you have in the pipeline?

I'm very new in this whole releasing original music thing. I'm really enjoying it so far, but I'm still trying to navigate where I want it to go. Like I said in my Spotify bio, I really want to touch hearts and be relevant and relatable, while always remaining true to myself and my emotions.

And I have a headlining show coming on Christmas Eve at SCAPE. It'll be my first, big original music show. Before this, I've been performing live since I was 16. But it's never been my own music. And you know how raw and sentimental your own music is to you? It'll be interesting playing it live for people who don't know it.

I'm hoping to put out an EP next year. I have a huge book of songs that I wrote since I was 14, but I just never thought of releasing stuff until this year, so it's been 10 years of pent-up songwriting that I reworked. I have a lot of material coming up and I'm very excited.  They're based on very real issues. 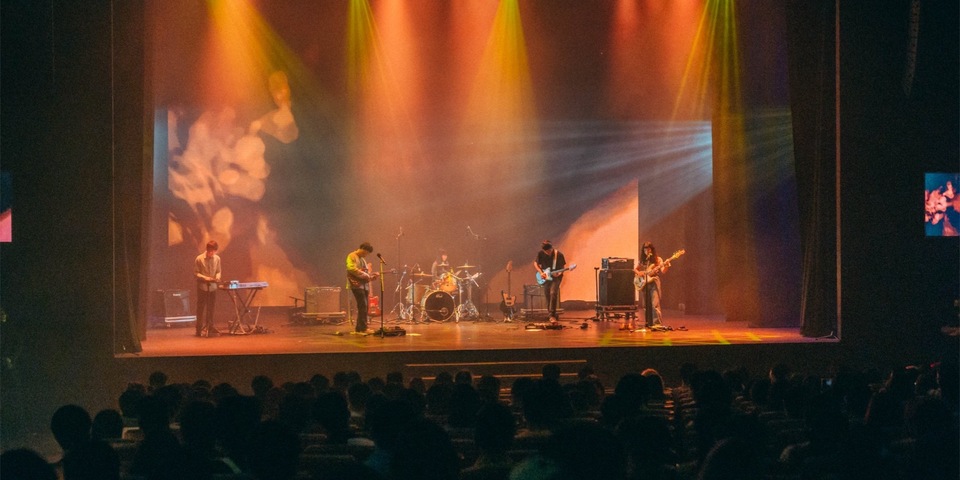 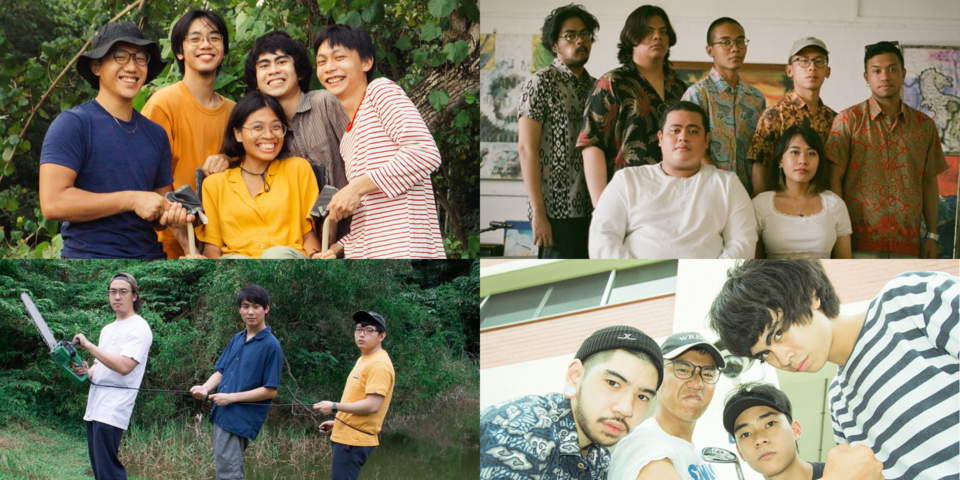