A living room, a laundromat, a rock climbing gym – all those locales are spaces ripe with the potential to hold intimate music performances by your city’s best kept secrets. Sofar Sounds aims to fulfil that very experience. Since its inception in London in 2009, the community has spread to 431 cities worldwide, including Singapore. Standing for the cause of presenting original Singaporean music in interesting and unconventional ways, Sofar Sounds Singapore is an entirely volunteer-run endeavour that has been active for a number of years and continues to fly the flag for the scene here.

For its next six iterations, Sofar Sounds Singapore will collaborate with Hear65 to bring audiences a diverse selection of artists and music genres and bring more awareness to the spectrum-defying sounds coming out of Singapore. Audiences will be able take in those performances in unconventional venues, get up-close-and-personal with the artists and connect with fellow fans. It's also worth knowing that the artists will be going for public speaking coaching sessions to bolster their storytelling prowess.

Ahead of its upcoming show this Saturday, we speak to City Leader Terence Yeo about what it means to hold Sofar’s transportive brand of live music experiences in Singapore.

Let’s start with some general insight on what Sofar Sounds is all about.

Sofar Sounds is a global organisation, active in over 400 cities around the world. We're very happy that Singapore is part of this community. It's a platform where artists come together and share their music, hosts come to open up their spaces, and audience come together to appreciate original music. I represent Singapore and I run Sofar Sounds Singapore together with a bunch of volunteers. There's a total of four of us on the team. And we're all volunteers, we have our day jobs. We do this because we think it's important for the local music scene.

What do you think is the merit in transforming everyday spaces into intimate venues for performances?

I think there are two primary things to take note of when you think about Sofar Sounds. The first thing, like you said, is about transforming intimate spaces into something else. I think that brings an element of creativity, which is very refreshing. Things are always changing, and there's an element of surprise to a typical music show.  More importantly, we provide a platform for Singapore local artists to share their original music, which is very difficult in Singapore because artists basically have to go to Boat Quay and they'll ask you to play Ed Sheeran for $150 a night. So, this is a platform where musicians can play their own music, and I think that's more critical.


You also have a policy of having no headliners. What's the rationale behind that?

We think that music should be democratic. Again, at Sofar Sounds, every show is like a box of surprises, you never know what you're going to get, you never know what genre, what type of music. People should come together to appreciate music for what it is. So, we can have a singer-songwriter, a rap artist, or a folk band, and that's why there's no concept of headliners – every artist is just sharing their music.

Can you tell us a bit more about your selection criteria as to how you pick the artists that play for each session?

To be very honest, it's very open, there's no specific criteria. Three things – first thing is we are open to all genres. Second thing is we don't discriminate against if you're someone famous or you're someone with no experience. Third thing, of course, I can't just ask my brother to to come play; there must be some standard and quality that we ascertain prior to selecting the artists. 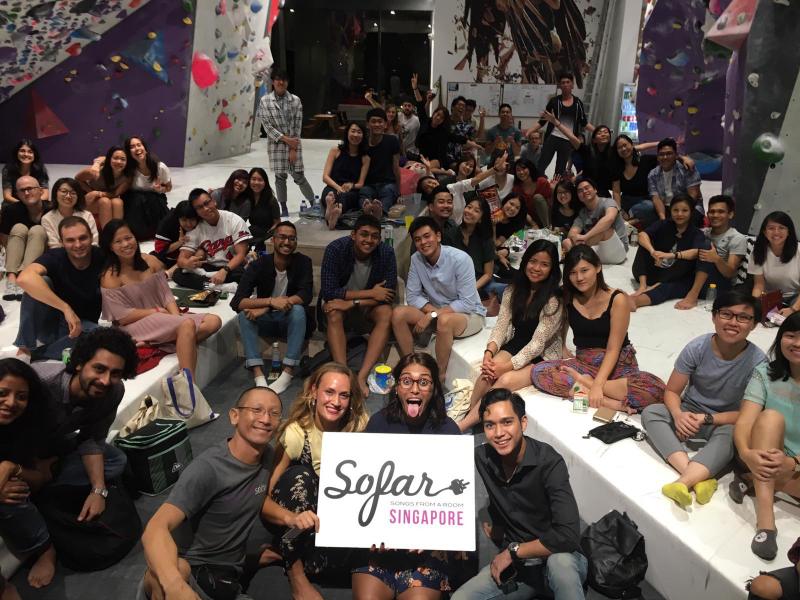 How do you think this phenomenon of Sofar Sounds  impacts the overall live music scene in Singapore?

To be honest, it's a bit of a double-edged sword. The concept of Sofar is to create these sessions in an intimate setting. So, it is not measured by having a concert with 1000 people. Success is measured by hosting this activity month after month, for a group of around 50 people, because that's what the artists enjoy. At the end of the day, if this continues, it'll do what it does.It's a consistent platform where new local musicians can share their original music with an open audience, and it's not about the scale of it.

What is the relationship between the Singapore arm of Sofar Sounds and the rest of the other cities? Is there any sort of network that the other Sofars share with the Singapore one?

Good question! As you know, Sofar Sounds is a global network. Again, in North America and the UK, Sofar Sounds is a for-profit organisation, so people pay for tickets and such. Outside of North America and UK, it is completely non-profit and volunteer-driven. No one pays for the tickets; people show up and make a donation if they’d like to. The connection is that any artist that's part of Sofar Sounds, say you're from Singapore and you're travelling to Sydney, we'd be happy to put the artist in touch with the Sydney team and they get featured there as well. 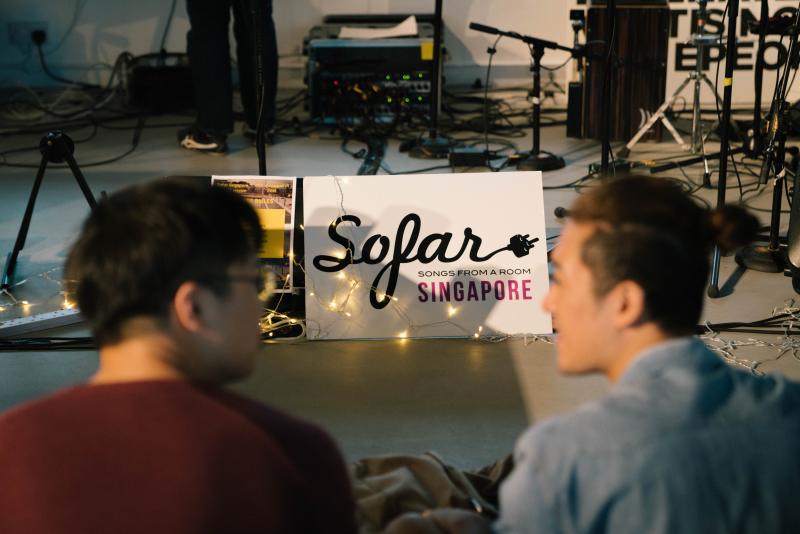 Where can people in Singapore who might want to volunteer and get involved with the programme reach out?

Typically, they just write in to us. The hard truth is that this is fun but pretty thankless. We receive helpers saying "I wanna do this, I wanna do that", but they come for one session then they drop off. So for the few of us that have been running it for the past two and a half years, we try to look for the element of consistency in terms of people giving their time.

Finally, can you share with us Sofar Singapore's plans for the rest of the year?

We are always on the lookout for interesting spaces. That's because every show is hosted at a different space. We have done it in co-working spaces, in recording studios, in a kitchen, and even in a rock-climbing gym. I think that's an element of surprise that we need to continue to maintain. The second thing is that we're working more closely with partners, because at the end of the day, we are a volunteer-driven organisation. So, when we're thinking about a show, we got to think about the equipment, we think about the backlight, we think about video and all these things that require resources. We've been basically hustling for the past two and a half years, and I think, moving forward, we are trying to figure out who are the partners that want to join us and whether they can sponsor a show and get some brand awareness just to keep this movement going on.

Last but not least, keeping true to our promise of serving not just the audience which is coming and the hosts who are opening up their spaces and helping the artists share original music with the rest of the world.