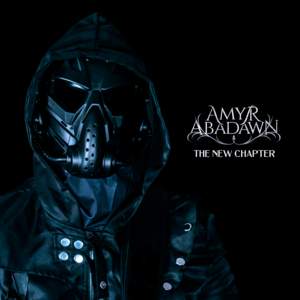 Amyr Abadawn is one of the producers in Singapore. He has produced many types of genres, languages, and styles of music. Also, some of his songs have been top of the radio's chart. He started commercial music in the year 2012 and has traveled and performed in Malaysia and Singapore. Some of his songs have also been broadcast on television and radio. After years of working in commercial music, he finally managed to make his own underground debut album in 2021. He decides to make a concept type of album. It is consists of the middle eastern style and modern metal. A futuristic character that came back to the past to get his skills of music. It took him 6 months to complete the whole album.