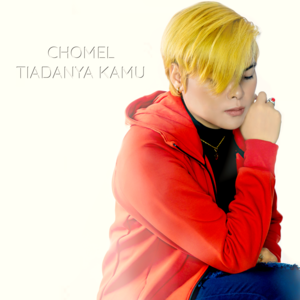 Chomel or real name Noorzafirah Binte Abdullah was born on 06 August 1992 the second child of six siblings and she is from Singapore. Her parents live in Malaysia. He dropped out of school at the age of 15 due to the shackles of stress and family problems. In 2008, the first video clip of her singing Chomel was uploaded to the Youtube website by her friend without her knowledge. His name became famous to many Malaysian and Indonesian music fans after the song "Sejarah Mungkin Berulang" cover of his song became contagious. His talent has caught the attention of a musician, Amyr Abdawn and has invited him to join a Go Glam radio entertainment program with Hafeez Glamor 89.7FM. Chomel also recorded an album entitled "Friends" by recording company Nangbotinang Records. The album contains soul rhythmic songs such as "Ubahlah Sikapmu", "Istana Kenangan", "Dia" and "Mimpi Indah". In 2014, Chomel was offered a contract to take over under the recording company MVM Production. After earning a career as a singer under the MVM Production label and until this article was written he already has three singles, namely 'Andai Hatiku Bersuara', 'Andai Jodoh' and 'Tibanya Syawal'. He also has three duet songs entitled 'Kau Yang Bertanda', 'Resam Percintaan' and 'Mama'. He duets with Jumali SanoTri who is a male singer under the Voz Management label. Among his songs, 'Andai Hatiku Bersuara' has received a warm response in the world of entertainment that is stunned by its melodious voice deck. [2] In 2019, Chomel's contract under the MVM Production contract expired and now he is working with Voz Management. Under the recording company, Chomel has a single "Tiadanya Kamu".

She's one of the best singer in Singapore. One of the most talented songwriter.