The inaugural event is part of a series of monthly showcases that feature Chinese music performed by our homegrown talents.

Hosted by UFM100.3 DJs Xinying 欣盈 and Jinghe 靖禾, the first edition will be held at room2f at the Esplanade Mall, and feature performances from Boon Hui Lu 文慧如, Marcus Lee 李俊纬 and The Cold Cut Duo 双节奏.

Boon has competed in several overseas and local singing competitions and performed a string of successful hits, including a cover of 漂向北方 Stranger In The North, which has garnered more than 46 million views to date. She is currently on the artist roster of Taiwanese record label HIM International Music, which includes international stars such as F.I.R, S.H.E and Yoga Lin. She released her debut album Honestly Me in January this year.

Joining her are two up-and-coming artists. Lee, currently a writer with Funkie Monkies, a publishing house founded by veteran industry team Eric and Xiaohan, was selected for Sing China! 2017 and has since gone on to perform his own YouTube covers and original music. The Cold Cut Duo, comprising Wilson Wong and Gwendolyn Lee, has been posting covers of popular songs on YouTube and recently shared its debut single 'Take Flight 起飞' earlier this year.

All three artists will perform original songs and covers during the two-hour event, and there will be Meet & Greet opportunities with Boon Hui Lu as well.

UFM100.3 x Hear65 Presents: LIVE from the Lion City will be happening on Saturday, 9 March, at room2f, Esplanade Mall. More details can be found at here. 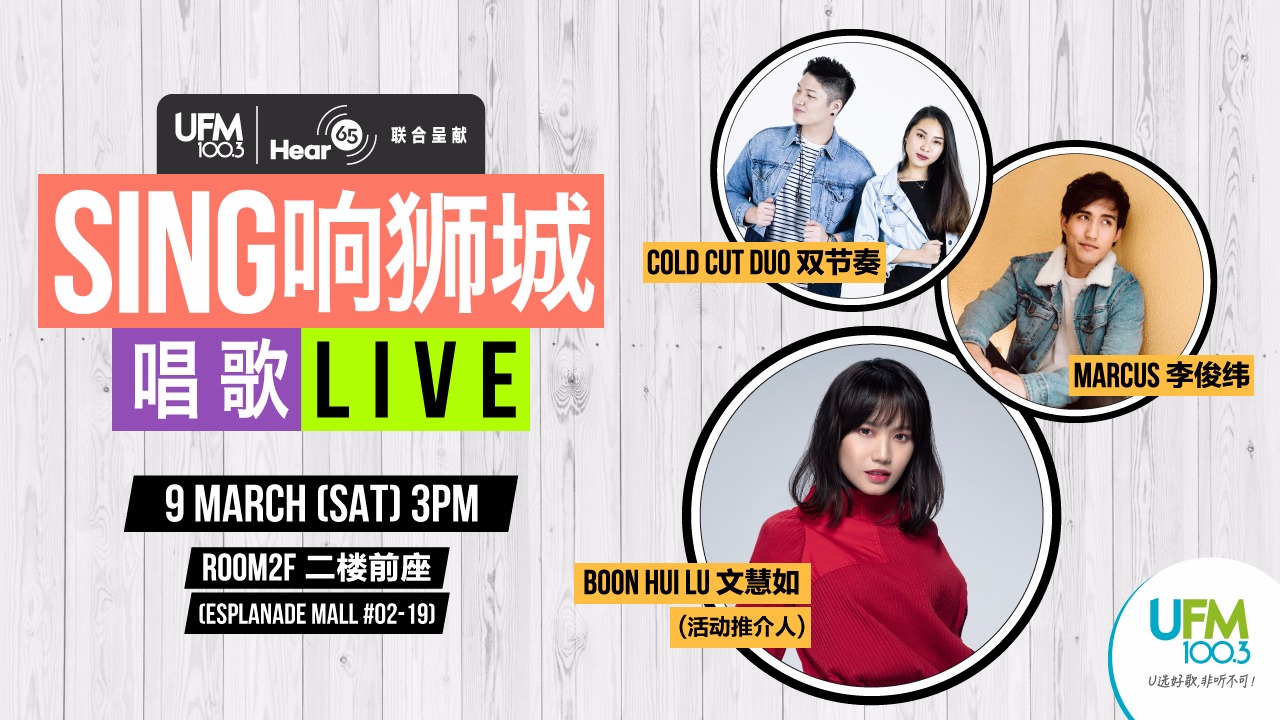