Words are like bodies. They are not spared from meaning, politics and context. Wars have been fought with and over them; their power is supreme and volatile. That’s why, no matter how throughly modern life has come to be blanketed by the digital thrall, the sacrosanct role of poets and writers has endured. Singaporean poet and multi-disciplinary artist Deborah Emmanuel is one such scribe whose work uses the verbal medium to continually interrogate, examine and enrich society. Besides the three books to her name, When I Giggle in My Sleep, Rebel Rites and Genesis: Visual Poetry Collection, she has also expanded the blast radius of her art with her bands Wobology, Mantravine and The Ditha Project.

To celebrate Deborah’s involvement with the Singapore Writers Festival, we spoke to her recently about how words and music exist in her universe.

I’m Deborah Emmanuel. Just turned 30 and I do feel like I've crossed a hurdle. There are some things that I know now which I cannot unknow and unlearn. I am a poet; most recently I see myself as a multi-disciplinary artist because I engage with so many different forms. I also do some public speaking and teach workshops quite regularly. It's important for me to continue doing that because I want to pass on what I'm gifted with or have discovered for myself with my art. I feel that I have the responsibility to disseminate that information.

You are most known for working with words. At the most elemental and basic level, how would you say words have affected you?

I think that it is the act of solidifying something abstract. With words, there are lots of writers who suggest that language is deeply related to our consciousness.The fact that once you take the language out of yourself, paste it on a page and organise it in a way that is meant to be understood by you or someone else, it really can create a new level of self-reflection and understanding. I think the power of the written word is really its ability to help people be understood in a deeper way. Sometimes it’s difficult for us to say it out loud in the moment. But, when you have the time to sit there and compose something, you can really craft the truth or a lie.

For you, does the act of writing commence from words or a pre-verbal force?

Well, it starts a lot of the time, with a strong feeling, or it could start with a thought. And most of my thoughts are fuelled by strong feelings. It will start with a feeling about something that is confusing or difficult or painful or exciting but I don't fully understand it. And so a lot of the time, I choose to write a poem about it because I want to understand what the thought actually is. Or it could even be something as simple as an image that suddenly comes to me, a metaphor, or something particularly poignant that is like a line of a poem. Most of the time, the poem doesn’t end up being what I initially thought it was. The first line is a starting point, and the finished product tells me what it is I'm actually bothered by right now.

Is there ever a question of vulnerability, of you having to second-guess yourself because you are concerned of what people might think reading what you've read?

No. I don't care about that anymore.

Was that an issue in the past?

Yes. Totally. It's funny because in the beginning I didn't care at all. After a while, I started to care, then, I lost the caring again. In the beginning, I was selfish because I used it to I heal in front of other people on a stage. At some point, I didn't want to do that anymore and it became a conflict. In a sense, I started to think about the audience. And in figuring that out, I thought a lot about what would be helpful for what other people wanted to hear. I think that I have enough patience and flow with my work that even if you don't agree with what I'm saying, it can still be an enjoyable experience. The words I write for healing, I don't share as much anymore. 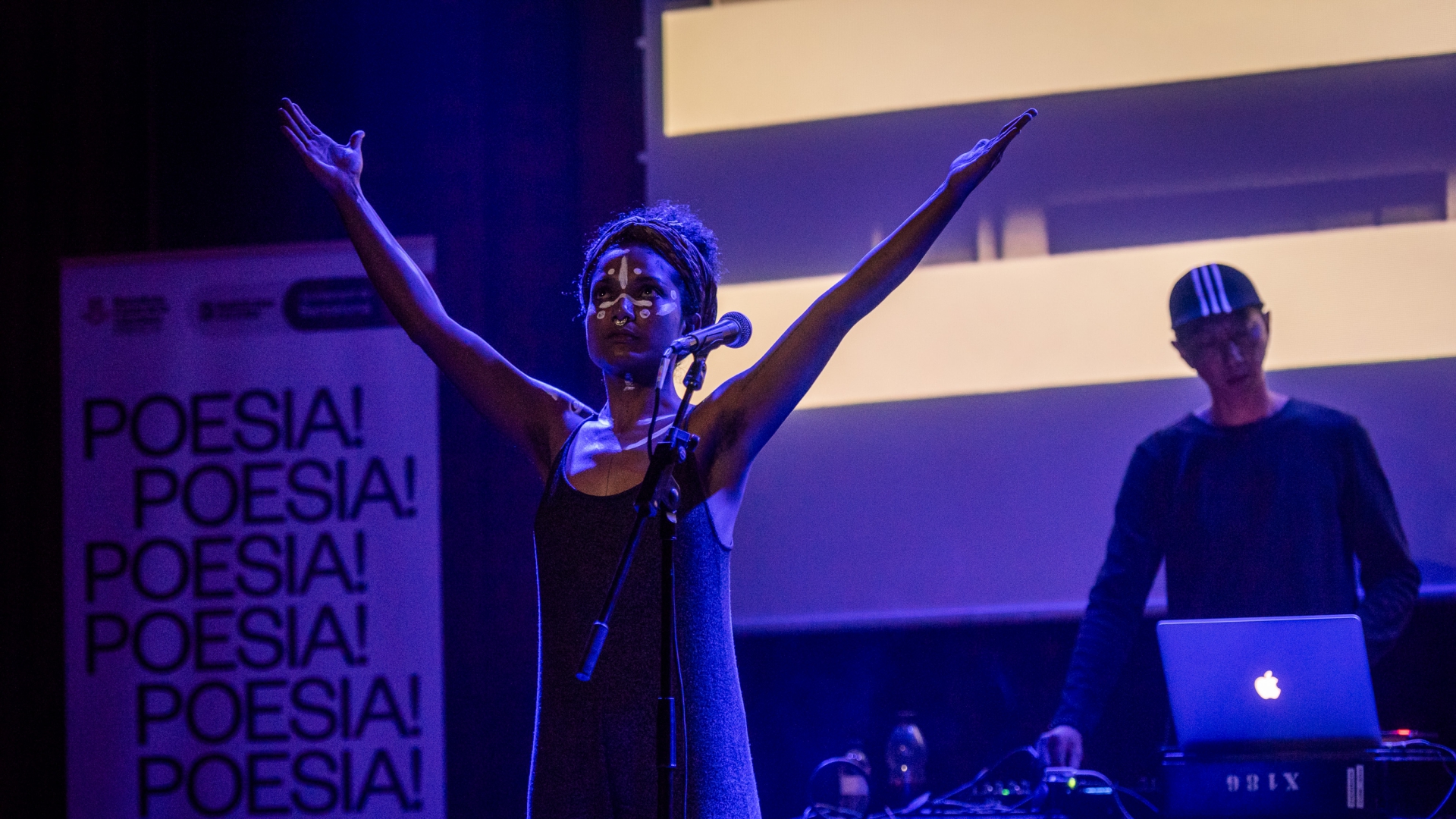 You’re also involved with music. If you could generalise, how would you place the relationship between music and words in your world?

When I first started, writing songs was about understanding how I could place words into a pre-existing rhythm. The deeper I got into music, the deeper my understanding was on using rhythmic structures from music with words.

My dub band, Wobology's, aim was to let out out positive vibes. Richard, our producer, was kind of a purist when it came to dub. Dub is about love, equality and freedom and we wanted to push that agenda. I had a tendency to be bit dark, so I learned how to engage with the lightness in my words and also to make them accessible. I think it’s been helpful to distill a message into a few lines that go into a song that can still be powerful to listen to instead of being dependent on creating this huge metaphor that people have to slowly absorb.

Lastly, what are your thoughts on the fact that hip-hop is the most verbal and political and yet problematic of genres?

That's why I don't listen to hip-hop that much. I feel that there are very few producers and artists who are actually not so engaged with the posturing. I think, what happens with hip-hop, is that a lot of it ends up being about the swag. There's a style that goes with it; the demeanour and the lifestyle – I can't condone that attitude. I would listen to artists who are thinking about what they're saying as opposed to just feeding this monster of misogyny taking over young peoples’ minds. Childish Gambino and Common are pretty cool. I do think that the mind is a temple and we do need to protect it. If other people don't do that for me then I'm going to do that myself.