In the current circumstances of COVID-19, when our everyday lives are being thrown into a new routine, we seek comfort by returning to the things most familiar to us, in this case: 'Home'.

'Home' isn't just an iconic National Day song—since it was conceived by composer Dick Lee, it has become a beloved classic, occupying an enduring place in the canon of Singaporean songs. The song has endured and taken on different permutations over the years:  from a remixed version performed by JJ Lin at the 2004 NDP to a 2011 MINDEF remake that involved 39 Singaporean vocalists.

In light of the coronavirus situation, it has become a song for Singaporeans to rally around: on 14 April, 900 Singaporeans—including homegrown artists such as Nathan Hartono, Shigga Shay, Charlie Lim, and more—came together in a virtual choir to perform the song.

George Leong—known for his music arrangement work on Leslie Cheung's acclaimed hit 'Chase' and Sandy Lam's album, Scars, as well as his heavy involvement with the Xinyao movement—served as the Music Arranger, Producer and Mixing Engineer of this project. Recently, he spoke to Hear65 about the process of gathering all 900 Singaporean voices into a virtual choir cover of 'Home'.

How was the process in putting this together?

I then finished up the arrangement on Logic Pro X and had Han Oh create a virtual string orchestra from his home studio, Colin Yong dub bass from his home and Daniel Chai dubbed guitars from his home. All done remotely. 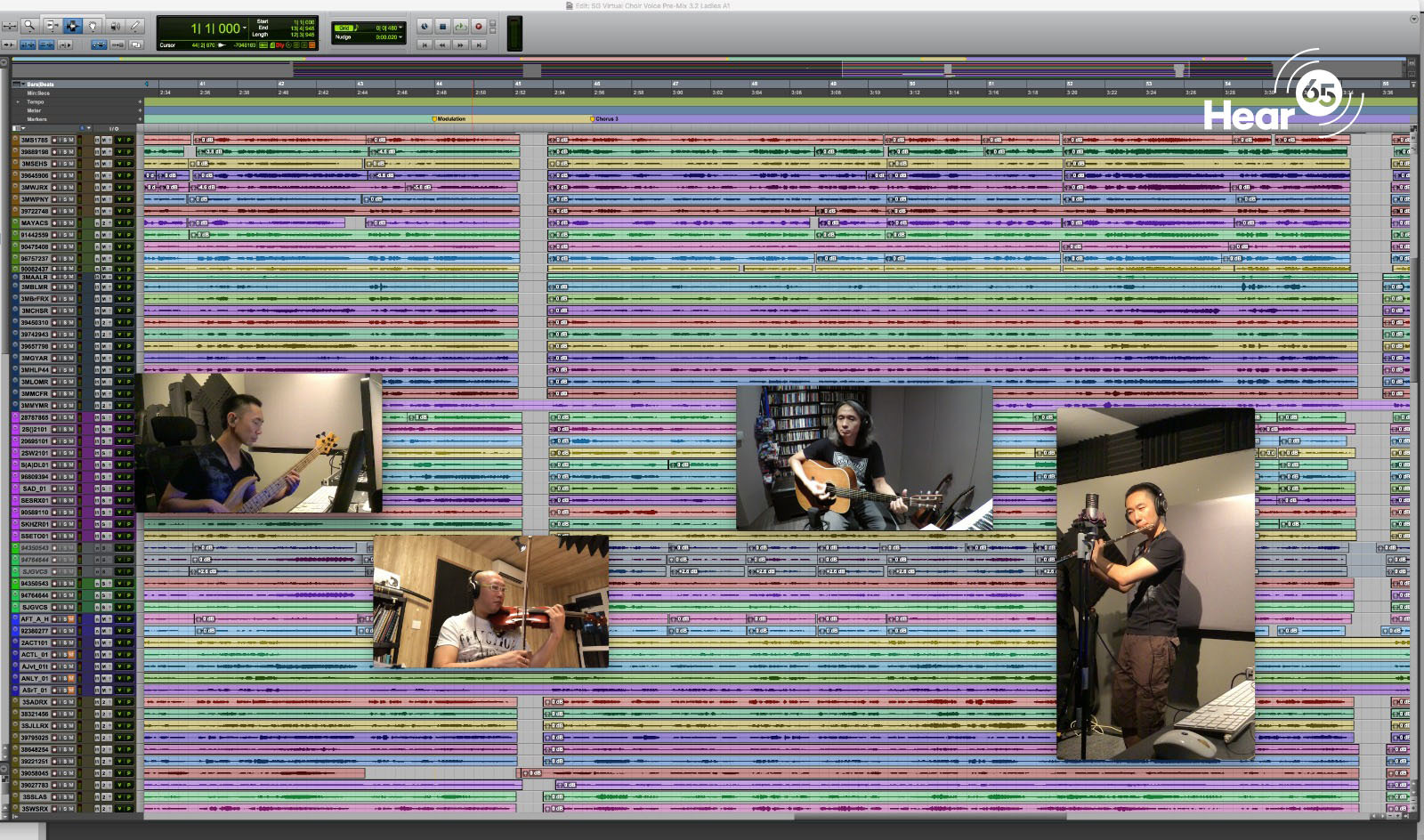 Meanwhile, I imported all the music instrument tracks as audio files into Pro Tools and started doing a mix while waiting for the submissions to come in.

I imported the audio tracks batch by batch and started organising them into their Melody, Soprano, Alto, Tenor and Bass sections. 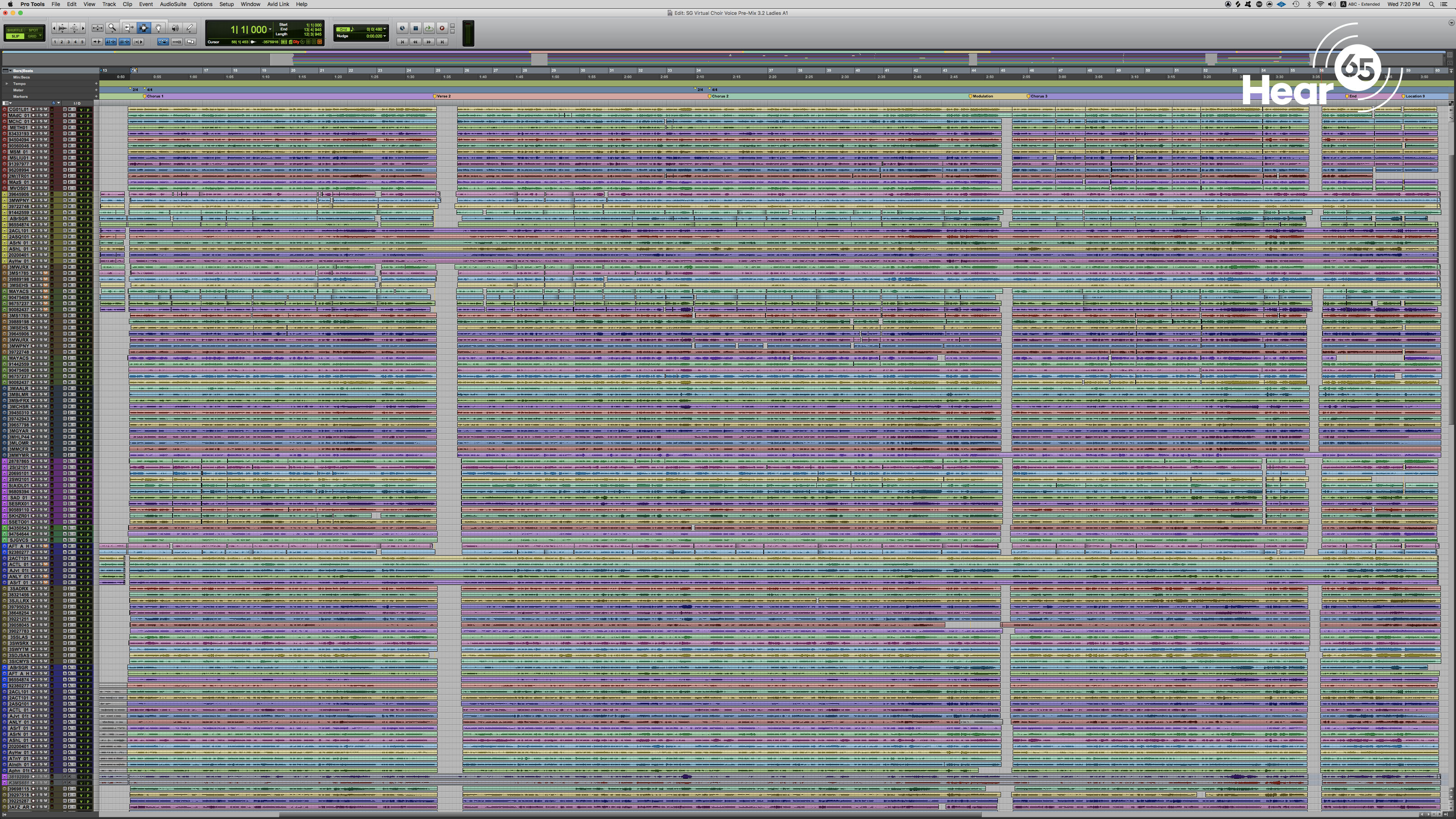 What were some of the challenges?

The submissions started coming in around 5th April.  I realised that the audio quality was really bad and there was a lot of background noise on most of the tracks.  We started doing the tedious work of de-noising the tracks. There were hundreds of tracks coming in everyday and it was pretty overwhelming.

De-noising works by taking a sample of the ambient noise in the room and then subtracting it from the rest of the track under the vocal recording.  It cannot be automated and needs to be painstakingly tweaked track by track to ensure best audio quality.

The tracks were quite messy as everybody seemed to have a different rhythmic interpretation of 'Home'. I got the help of Daniel Wong (Ardant Studio) to align the tracks one by one, phrase by phrase.

The most challenging part was trying to make the vocal tracks which were recorded separately on mobile phones and earpiece microphones to blend together as one choir. It took some time to find the right EQ, compression and adding the right reverb to get the sound of a massive choir singing in a concert hall. 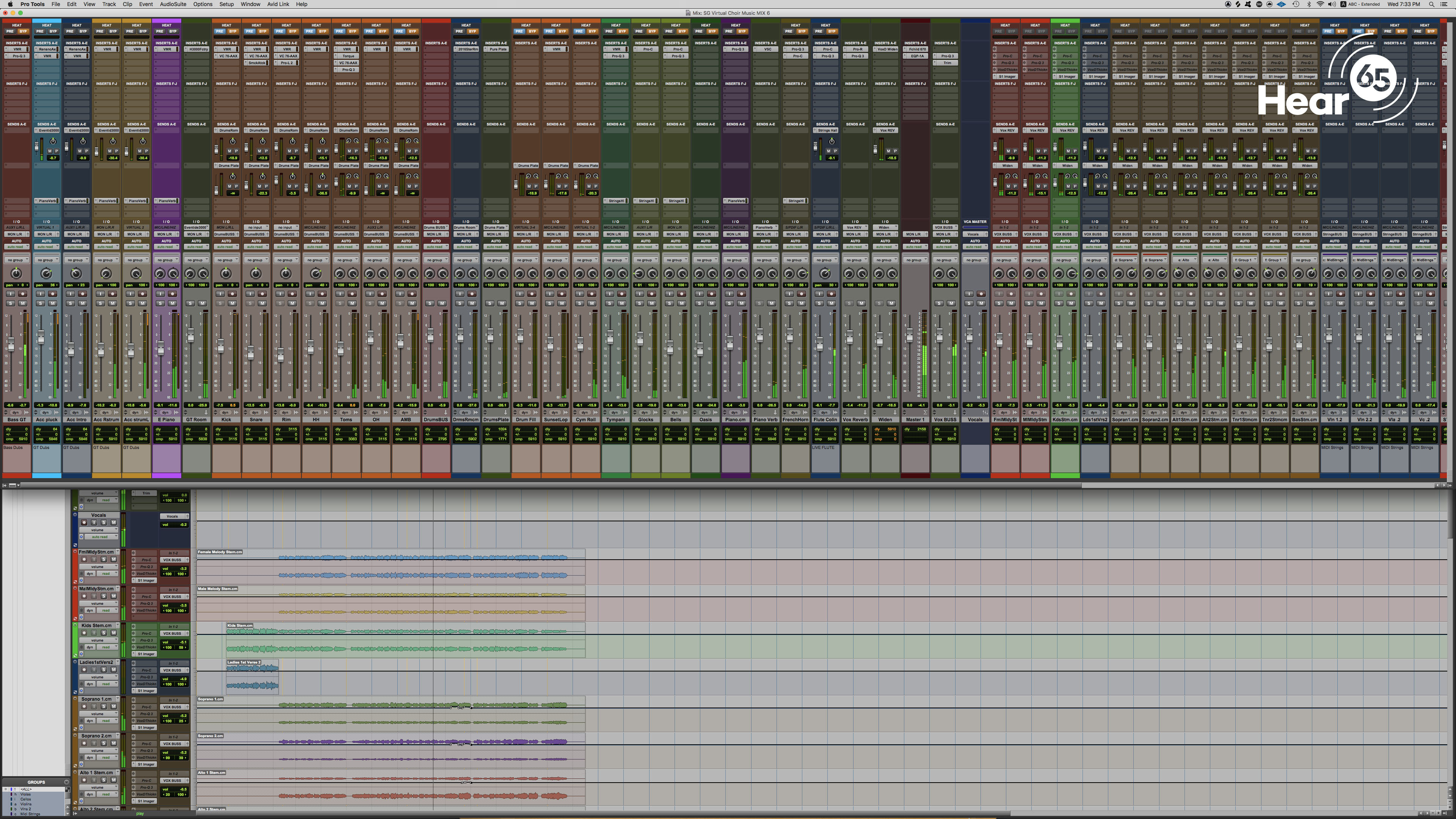 Here is the fader view of the project in mix. There were so many vocal tracks that they had to be pre mixed into stems and re combined together with the music.

What were some of the fun parts?

It is definitely a relief that everything turned out great.  It was very exciting for me to watch the video premiere on Facebook and Youtube were there were hundreds of people watching at the same time. Working on this project made me feel very patriotic. Listening to the voices of so many people singing our favourite Singapore song really makes one feel emotional!

If you want to try it out for yourself, here's a tutorial by Darius Lim

What's next for George Leong?

Working on more virtual and remote music projects!  That's the best we can do right now in the middle of the Covid Circuit Breaker!

Watch the video below.