You may know her for her alluring jazz covers and prominent contributions to local theatre company TheatreWorks over the last three decades. No stranger to Singapore’s art scene, all-round performer Jacintha Abisheganaden is back better than ever with Fire & Rain, a tribute album to the legendary James Taylor, available now on CD and vinyl.

The vivacious singer breaks out of her jazz shell with this pop album, boasting a brighter and more youthful sound that makes a refreshing listen for those familiar with her past work. She’s once again worked with Los Angeles-based record label Groove Note on the album, which sees support from a number of musicians that played for James Taylor himself including session guitarist Dean Parks and drummer Russ Kunkel.

We caught up with Abisheganaden on what it was like returning to the studio after a ten-year hiatus, her illustrious career with Theatreworks and how her experience in theatre has influenced her approach to music. Check out the interview below (edited and condensed for length and clarity).

You released your 13th studio album Fire & Rain recently, after a long hiatus. Did it feel different from when you recorded in the studio ten years ago?

The set-up is different, yeah. There was a lot more “what do you want, and what you want”, and actually I’m not really a sound person, I’m a vocalist. I’m just a singer, so when a sound person or an engineer asks me - as they always do in the studio - “what would you like?”, I’m usually quite hands-off. So in this case, the set up was beautiful. You just have to show up and sing. Sometimes it’s easier said than done, but it was done pretty well.

What made you decide it was time to return to the studio?

I did like ten years of major motherhood, and I’m a hands-on mother, I’ve got kind of a cute 20-year-old now but at the time, he wasn’t twenty. So we had to go through PSLE, I mean I’m talking Singapore mother now, and it’s kind of serious business to be a Singaporean mother... So I was there every morning – we didn’t use a school bus. After PSLE there were the middle years, a lot of football and friends, a lot of tuition... And then we had to do O-Levels. So I sort of took a breath after ten years, literally. Before that, I met up with Ying and I encouraged him to, “please take me back and do James Taylor”!

I was still doing a lot of music projects on stage here [during her ten year break from the studio] so there was enough to do for me formally on stage as it were. And that did move me on. The projects got quite fantastic - I did a couple of NDPs six or seven years apart. So it seems like a long time and nothing happens, but every month or so I had something to do. And the shows were really of quality and my colleagues were all up there... In between I did a production for TheatreWorks in 2012, it was National Broadway Company, so that didn’t take a long time to put together. It was 3 months, but I got to work with Ong Keng Sen again. That was a huge reunion because I did all my early theatre work with him.

So I have to say, just to make a note that in my early Groove Note records, I did have some kind of, not dramatic sensibility but I brought some of that spatial-aural thing to the songs. It was really done so beautifully with fabulous musicians who I was meeting for the first time... My original point was I had a lot of projects on stage and I met up with Ying once every six months or eight months or so, and he was busy, but it takes quite a lot of convincing with Groove Note to do a project. It’s real money and real time and using amazing musicians - everyone’s scheduling is not easy. So I was really grateful that I was able to communicate this project, this idea, and then I wanted to hear guitars so I thought it was a good time to return to acoustic. 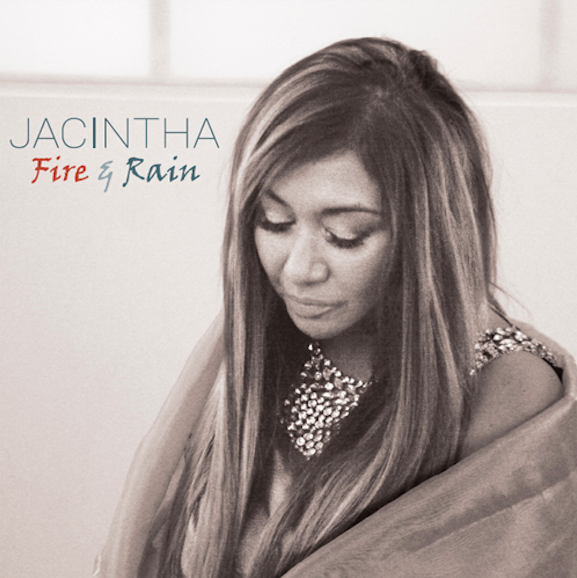 On this album, you also worked with a number of musicians who originally worked with James Taylor, including keyboardist Jim Cox and guitarist Dean Parks, both of whom recently toured with Taylor. What was it like working with them?

Studio people – I mean people who get to work in studios – are very quiet. They’re very cool and elegant, you’ve got to be ready with your song. So everyone just does his thing, and in between they’re tuning their drums, and if you want to go make friends you can. It’s always very chill, which is what I like. And there’s not much ceremony to anything, everyone is the room is like, not hysterical. There’s a lot of history there and I get to sing the songs so it’s what we used to call fun.

Who do you hope to reach with this album?

I’m supposed to say I hope to reach a lot of millennials, and I guess I’ll say that [laugh] but it’s a very sophisticated album in terms of the production. So audiophiles do understand things which I don’t about what’s happening in the sound and how they mixed it particularly. It’s drier than most pop albums that you would listen to, it’s less forward than Adele or Ed Sheeran who are right in your ear, and the drums are very loud, the bass is booming in your ear and you’re in the club. It’s not an album that was made in a club or should be played and then you get that “errr” feeling [laugh]. Pop is about everyone knowing the song, but that song is playing for you that summer and it’s your song...

So who do I hope to reach? I hope to reach anyone who likes James Taylor because he’s pretty reachable - he’s very accessible and we could have done takes on this and made it harder, stronger, more jazzy, all those fun things that require a kind of interpretive or new take on it. But I think keeping to the soul of the writing was pretty important for me and I don’t usually copy the style of the artist or the singer, but I try to keep the song in tact in it’s emotional content.

You have had an illustrious career with TheatreWorks, playing the lead role in many musicals. Did your experiences performing on stage in a musical environment change the way you sing?

I met Ong Keng Sen when I was 23 years old. I came back from the States, and his first production was Beauty World. He met me, I met him and that was his first production, it was a musical. We are not famous for musicals, it’s not our forte. I was trying to tell you in the last question what Ong Keng Sen taught me, which was ‘stay in the moment’. So in this very moment if you’re singing that song, see what you can find and commit to that with all that you’ve learnt. So with a thousand rehearsals, you still have to bring it fresh. That was what was required of every rehearsal...

It was 12 hours of physical theatre - there was a lot of trauma. You condense all of that [theatre training] and then bring it into something really soft. Then maybe you can put some steeliness in it. I’m not of the view that you’ve got to obviously sing a rock song in a rock song way, so in that sense I prefer song interpretation to songwriting. So I’m not a songwriter, but I like to take your song and then tell you the story in how I see and hear the story so you might hear it a different way. So I’m a song interpreter in that sense but my thing is lyrics - I like a song with really interesting lyrics and so James Taylor has recurrent landscape in his songs. I would say that’s the North Carolina thing, it’s kind of scenic and countryside and I’m not a country person, I’m a Singaporean urbanite, pretty much. So relating to these wide open places, I could only do it through the notes because when you hit a certain note at certain speeds, it will take you into that wide open space. So this I show, I think, when I sing songs: sometimes I’m not singing the lyrics as it were but I’m just trying to connect it poetically to how it hits on the singing registers.

Who’s a Singaporean artist you would like to recommend to others?

I like this Charlie Lim fella, because he has that melancholy thing going and the sound that he’s putting out on YouTube has got that instant pop feel. It’s loud enough and dark enough and his lyrics seem to— he’s quite dark though! So that’s where Sam Willows hits the spot... They’re very commercial and they’re very present. I think Ben has quite a lot of songs in him. I’d still recommend Dick Lee for his songwriting. But as an artist I have to say that I like what Charlie’s doing with his glasses and guitar.