Since the rollicking genesis of Singaporean music in the 60s, the country has seen its fair share of achievements by musicians — the ambitious ones whose milestones highlighted here are merely a stepping stone in their careers, the unwavering heroes who've steadily gained success over the years, and much more.

In this list, we highlight just some of the talented modern artists who've made an indelible mark, whether if it's across the world or on our own shores. Salute! 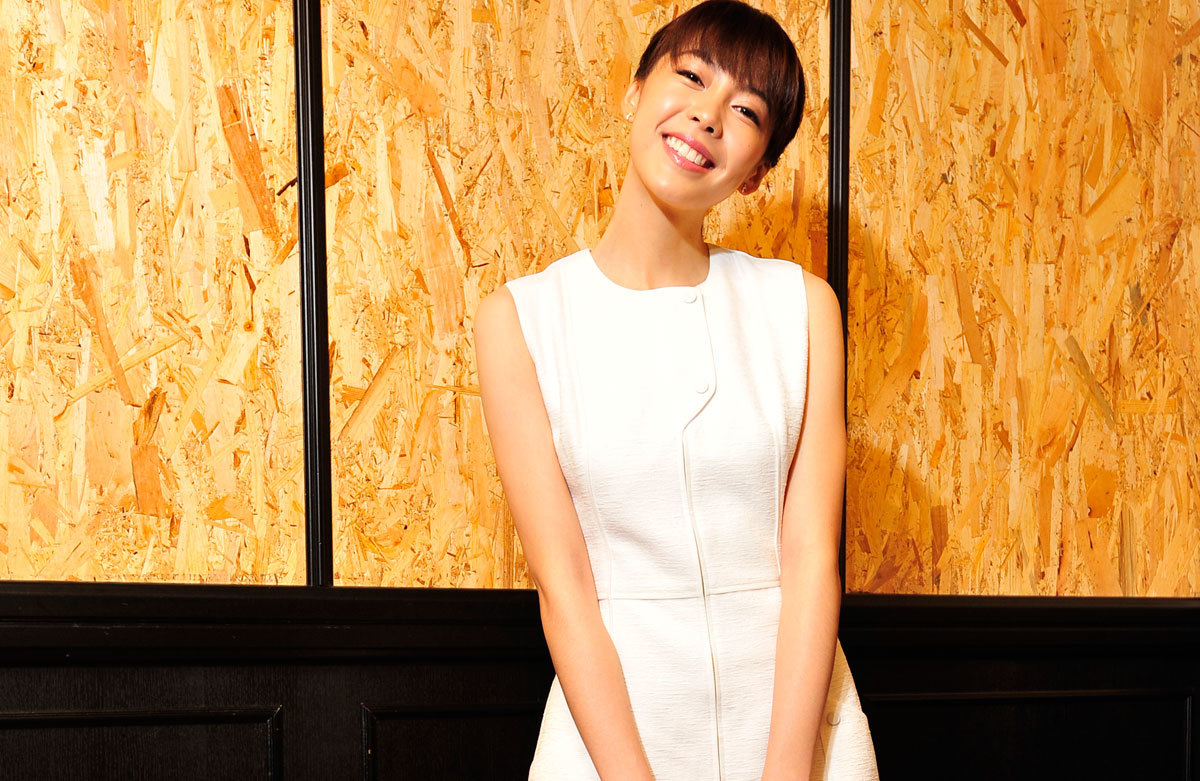 Olivia Ong made history before she rose to fame in Taiwan. Signed to recording company S2S Pte Ltd when she was just 15 years old, Ong became the first Singaporean musician to sign to a Japanese label. She started J-pop group Mirai in Singapore, and their first single, 'Open Up Your Mind', was one of the theme songs in the Japanese anime Gensoumaden Saiyuki. 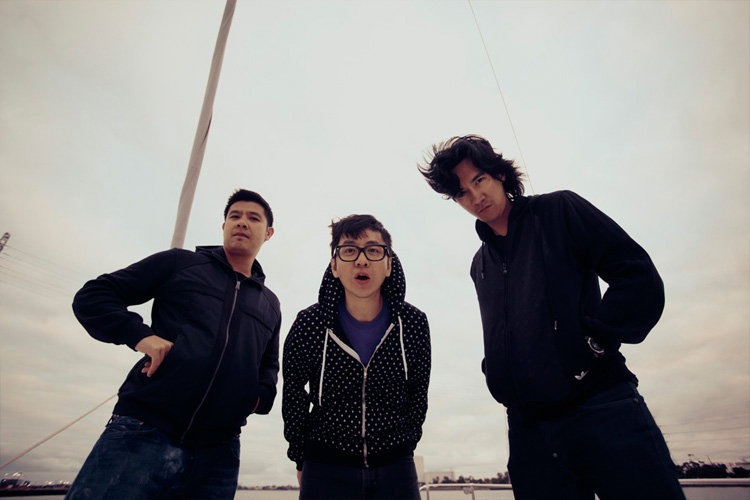 Electrico, one of Singapore's most prominent bands, made history in 2009 when they penned the National Day song for that year, titled 'What Do You See?'. The three-piece alternative rock band took a wildly different approach compared to the sentimental and patriotic pop songs that preceded it, with an emphasis on anthemic guitar leads and bypassing the use of the country's name in the lyrics. 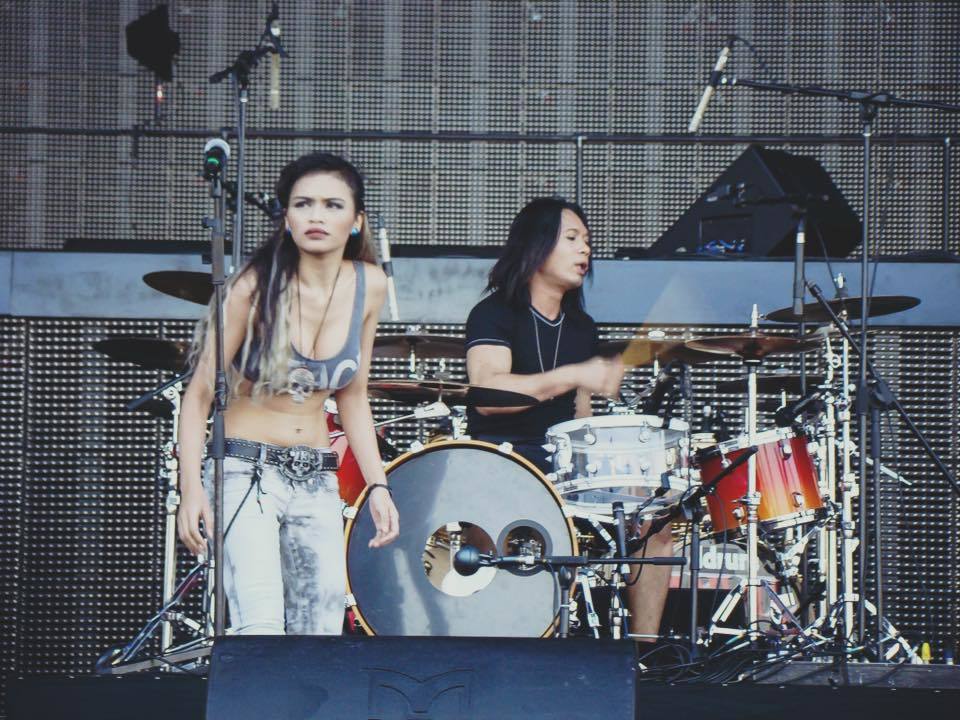 August 2013
The Sacrilege opening for Metallica in 2013

The Sacrilege were short-lived, riding high during their brief tenure and performing in front of a crowd of 40,000 metalheads. They had the honor of opening for Metallica and Anvil in 2013 for their debut gig, and any act that's able to play a support slot for the biggest metal band today has certainly earned their stripes. 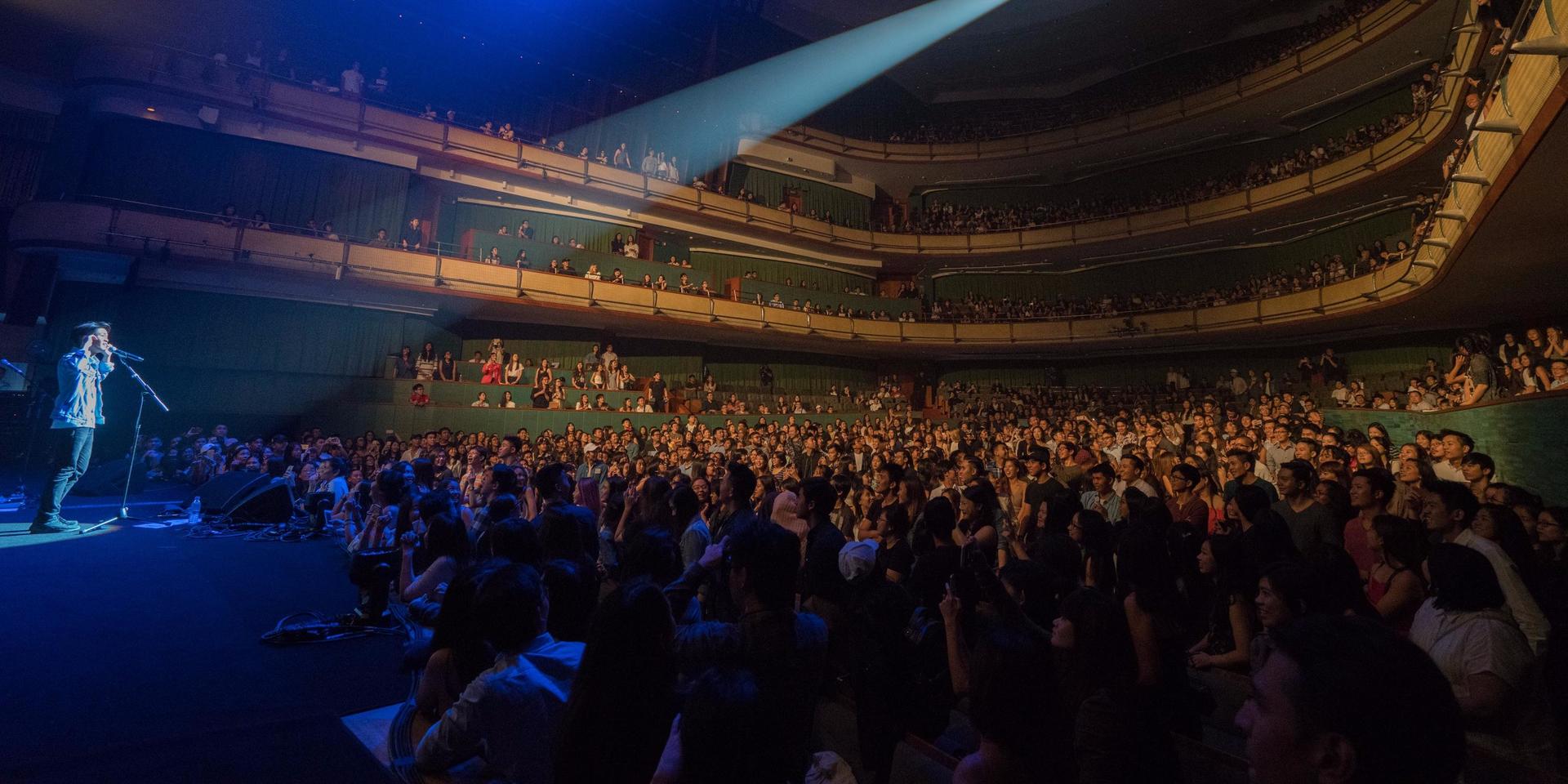 Gentle Bones (aka Joel Tan) started out as a soft-spoken, unassuming singer-songwriter, but fast forward to 2016 and he's grown to be a notable figure in modern Singaporean music. His major-label debut Geniuses & Thieves was an unabashed success, and a two-night concert event at the Esplanade Concert Hall, selling out both dates. Not many international acts have been able to sell out that venue, so take that as you may. 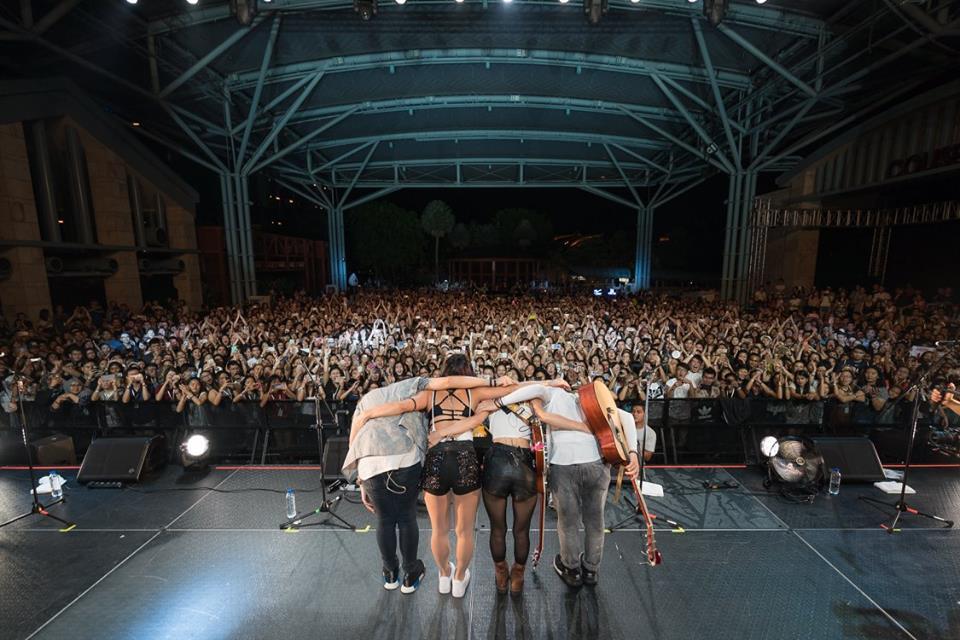 The four-piece pop group have come a long way, and their show at the Hard Rock Coliseum was a culmination of their career thus far. In front of 2,500 fans, the band ran through a plethora of original hits and fan-favourite covers. The concert preceded a recent slot at Japan's Summer Sonic Festival, where the band also launched a compilation album just for their Japanese fans. 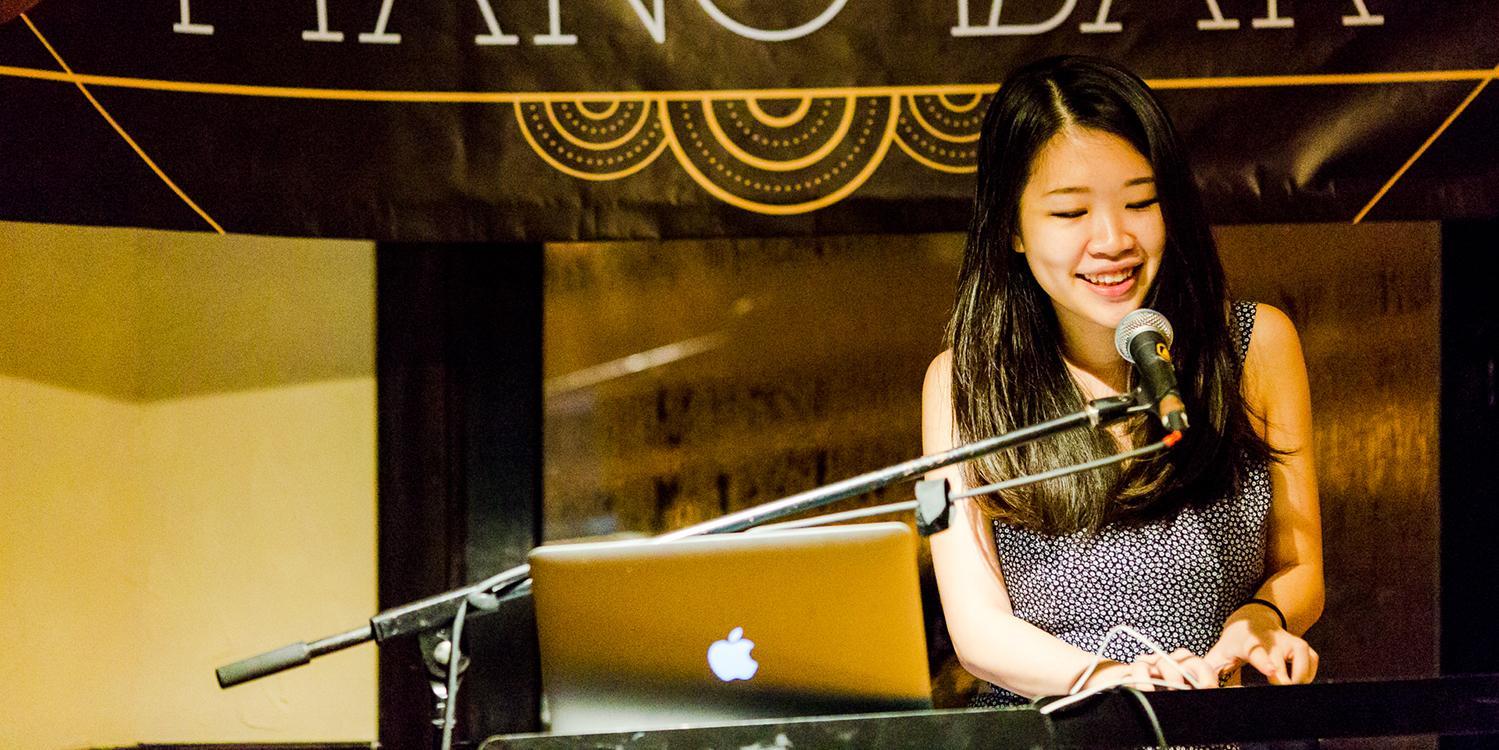 September 2016
Linying signs to a major US label

Linying has blossomed into a confident artist, making waves across the world in the span of a few years, especially with her breakout single 'Sticky Leaves'. Now, the Singaporean artist is also able to push out her upcoming material to a worldwide audience easily — the 23-year-old signed with Nettwerk Music Group, which will help distribute her music in North America and South America.

Additionally, she's also signed with Akira Records in London for European and Australian representation, and she's tied with Universal Music for Asia. Even with what she's achieved so far, bigger things are truly headed her way. 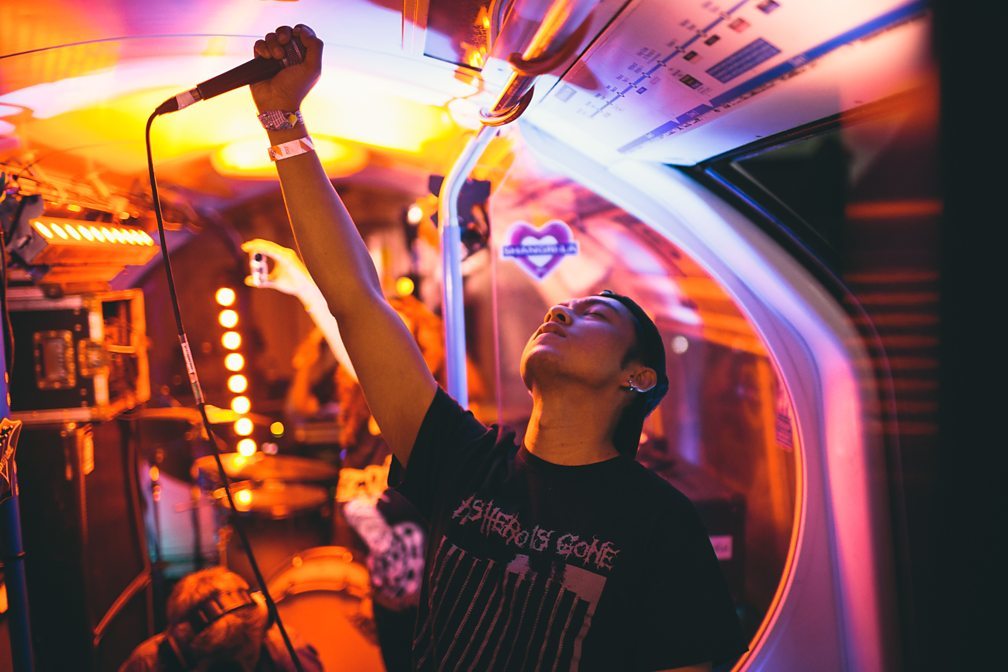 Singapore's premier grindcore band made history in 2017, when it was announced that the three-piece would be performing at the historic Glastonbury Festival, making them the first ever local band to play at the world-famous event.

The band were featured on BBC, and they gave a glimpse of the power of grindcore to viewers both international and local. Our guide to the genre will also help you with that.