"Moulding the future of our nation" – so goes the tagline of the Ministry of Education. That big-picture aim is a grand sum-totalling of all the individual lives that have been illuminated along the way by a teacher that went the extra mile for their students. Lucky are we who have had such a teacher serve as guide, mentor and reality check for us.

This teacher's day, 10 of the most essential voices in Singaporean music from across the spectrum of genre, honour the memory of that special teacher that made school that much more of a transformative experience.

Read their tributes below. 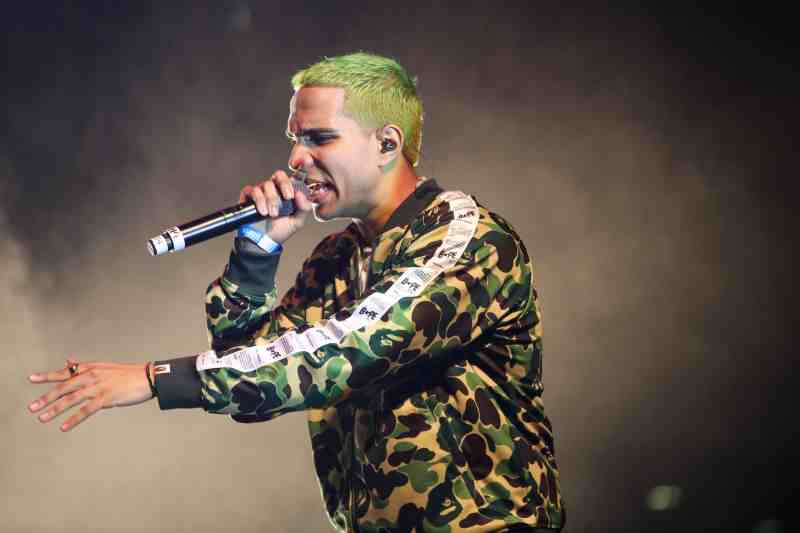 "She was my Primary 1 form/art teacher that motivated me to draw, and when I thought one of my drawings wasn’t good enough, she sent it in for a competition where I eventually won first prize. I remember her reason for sending it in:  She wanted to show me that I should never doubt myself and my art! Thank you Ms. Boey!" 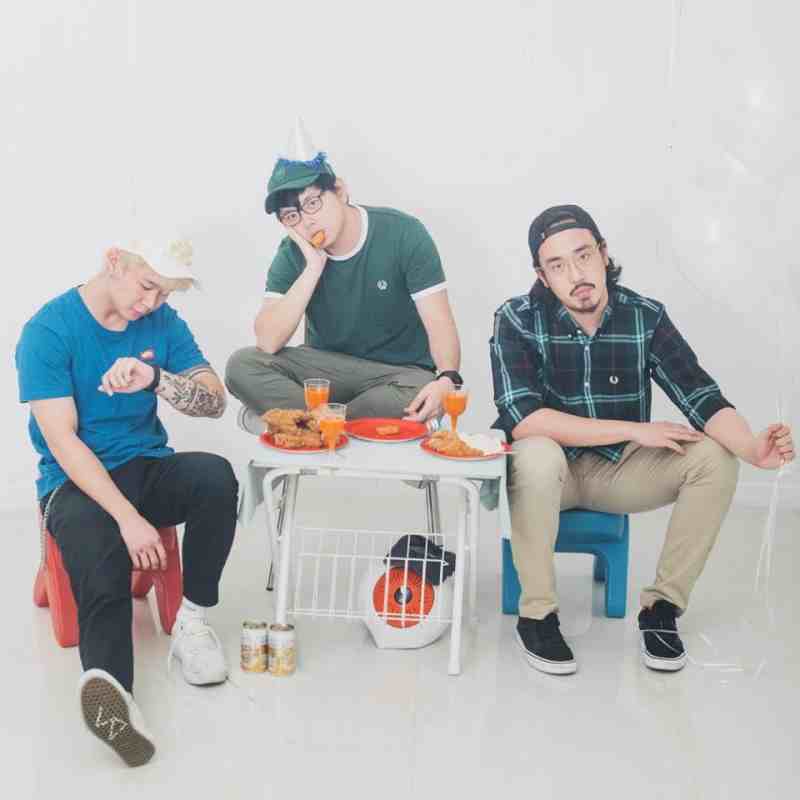 "He was my Design and Technology teacher. He refused to give up on us even though our class only had four students that year for D&T. He kept us in check when we were slacking off. I wouldn't be 3D printing if not for him". 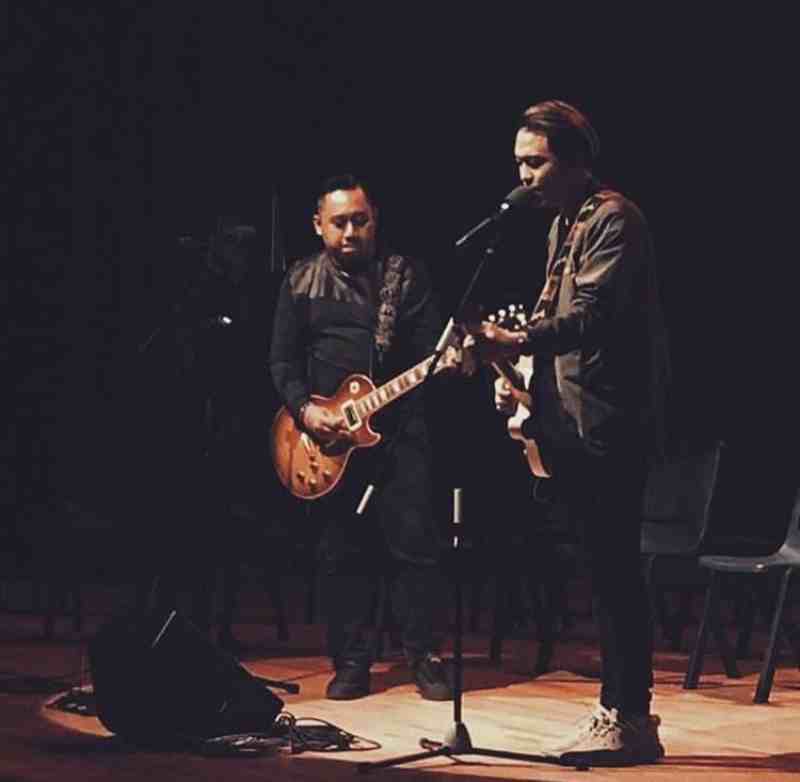 "Ezal was my history teacher back when I was in Secondary 3 and 4. He was one of the coolest teachers: Bell bottom pants, slicked hair, and everyone knew he was a beast on the guitar and keyboards. I joined the Guitar Ensemble in 2005 because he was appointed the teacher-in-charge. It was the first year the school started the CCA and there were only three of us: Ezal, myself and another student called Arvin. I developed a love for guitar then, jamming to Guns N' Roses, Metallica and Avenged Sevenfold. He introduced me to blues guitarists such as Stevie Ray Vaughan, Eric Clapton and an infant-career John Mayer.

It was only later that I found out that he was the keyboardist for the bands Zero Sequence and The Goodfellas. I mean, how cool was that for a 17-year-old? He’s still one of my biggest inspirations. Recently, I went back to my school where Ezal is still the Guitar Ensemble teacher-in-charge. He grew the CCA to a Singapore Youth Festival (SYF) competitor with over 20 students. What a fantastic guy!" 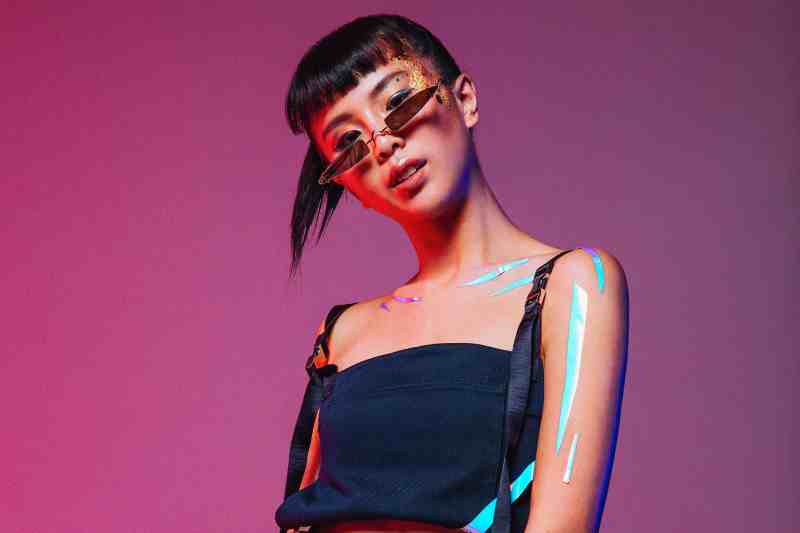 "Miss Sharon Liew, the owner and dance instructor of Dance Spectrum International dance school, but to me, she was so much more. I attended my first-ever dance lesson with her at the age of six and the rest was history. She taught me to be disciplined, quick to adapt and versatile. Even though my mum signed me up for ballet classes, I remember sitting through other classes while I waited for her to pick me up from the dance school. It happened so often, that, one day, Miss Sharon asked if I’d like to give the class I was sitting in a try while I waited. As I agreed, I remember feeling so excited because I got to do something fun and new. So that day, I took my first tap dance class. She began introducing me to more dance genres and I started to take more lessons. Before I knew it, I was in the dance studio almost three-to-four times a week. I later found out from my mum that she was allowing me to attend these dance classes free of charge because she saw how passionate yet determined I was, when it came to dance. It was one of the happiest times of my life.

However, as much as she was a pillar of encouragement and motivation for me, she was also a strict woman. Because of her, I learnt to respect the stage, the dancers involved and the craft itself. She gave me so many opportunities I felt I didn’t deserve which made me want to work harder then ever. Because of her, I got to represent Singapore in an overseas art festival at age 12 and the chance to experience and be part of many other forms of the performing arts. Thank you, Miss Sharon for helping and allowing me to discover my love for the stage – I will never forget the commitment and passion you have towards grooming wonderful, passionate dancers in Singapore". 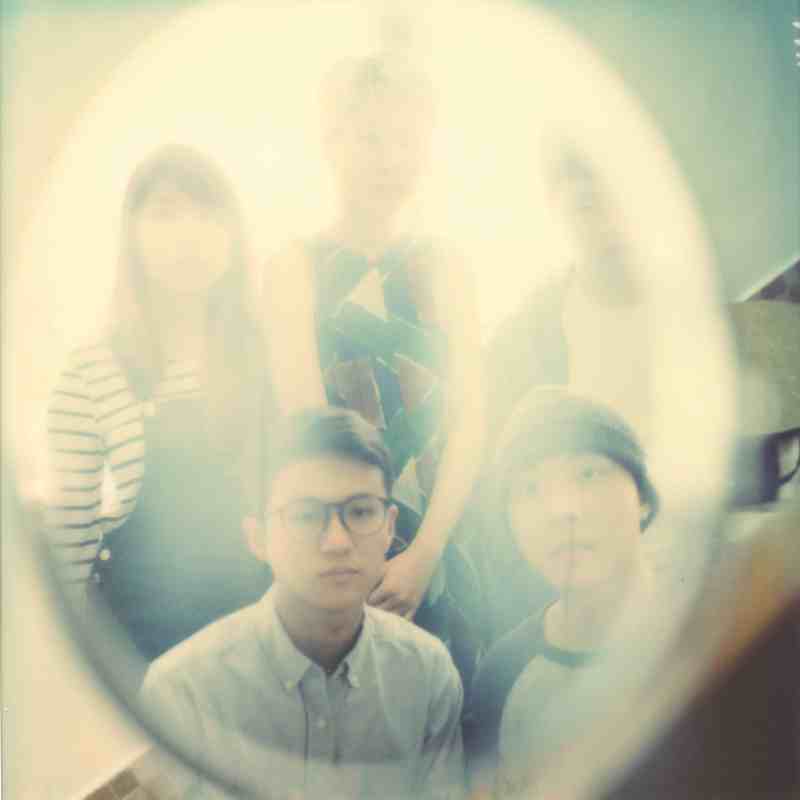 School: School of Science and Technology

Ms. Patricia Ng encouraged me to be involved with music and the arts. She helped to guide me through a very awkward puberty and gave me an outlet to express myself. Without her, there probably would be no Cosmic Child, Subsonic Eye or Middle Class Cigars.

"It was 1991 and I had just migrated to Singapore. I was very much handicapped by the English language. Mdm Kaur was my first form teacher and was extremely patient with helping me understand what was happening in class. She also took great effort to help me assimilate into the class and make new friends. Thank you, Mdm Kaur, for helping the boy who missed home so much find his new safe haven!" 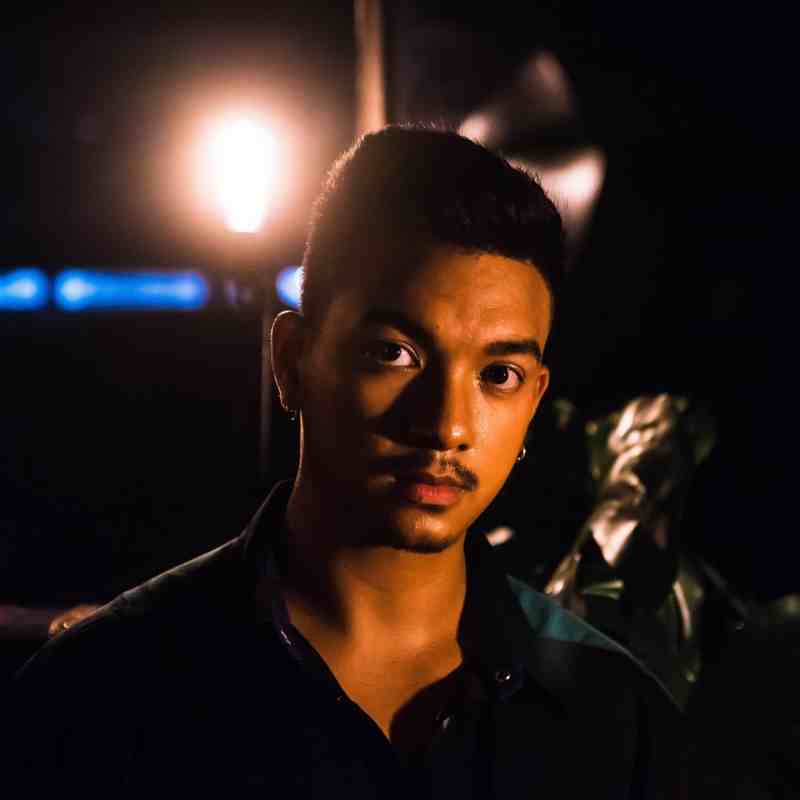 "It's kind of embarrassing to talk about this, but I had a bully when I was in Junior College. I guess, it was teenage angst or something, but she took delight in verbally/psychologically tormenting me. I didn't know how to handle her tactics and I couldn't figure out why she was mean-girling me, so I decided to just take the high road and ignore it as much as I could. One day, in class, while my bully was doing her usual snarking, Mr Foo couldn't take it anymore and decided to weigh in. He gave her a very public dressing down, but not in a formal, teacher-y way. He came down to our level and basically shut her down, and for the first time in two years, she was quiet for an entire day.

Thank you, Mr Foo, for standing up for an awkward kid, Happy Teacher's Day! 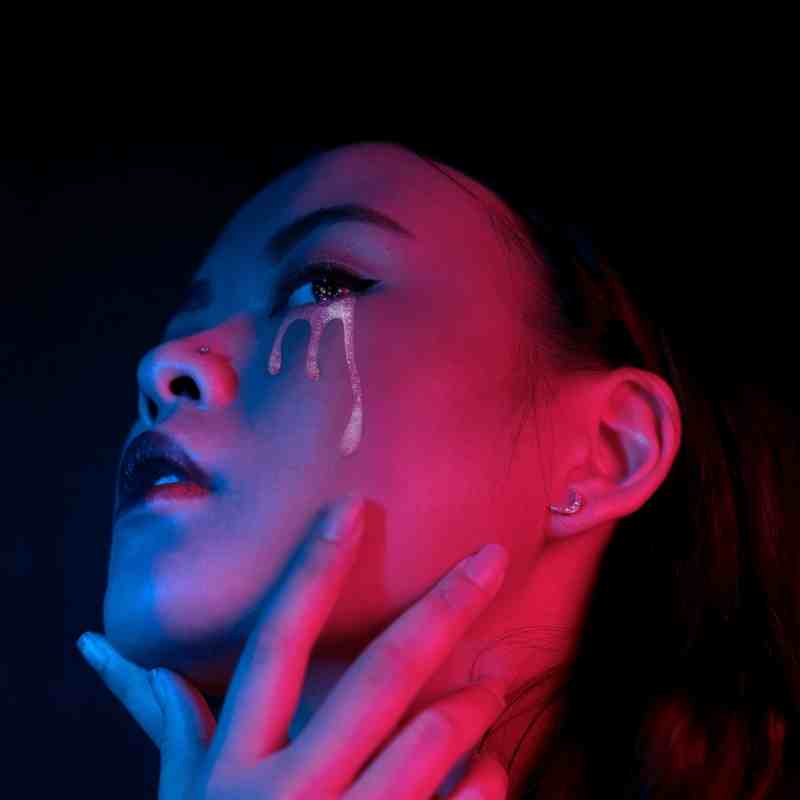 "I was terrible at Math (I still am — sorry Mrs Lee), but she was never impatient with me, always encouraged me and gave so much of her time and care. I remember, that, in preparing for PSLE, she would let me sit in her office with her to do my math homework while she worked, so that I could consult her if I was struggling with anything. Even on some Saturdays, she would arrange for additional consultations. On one occasion, I hadn’t been to school for a couple of days and she took the effort to mail me my homework so I wouldn’t fall behind. I’ll never forget the impact she made by investing in me when I hadn’t even believed in investing in myself. It changed my apathy and view on the subject and it made me want to work harder and do better. That taught me how believing in someone can change a person. 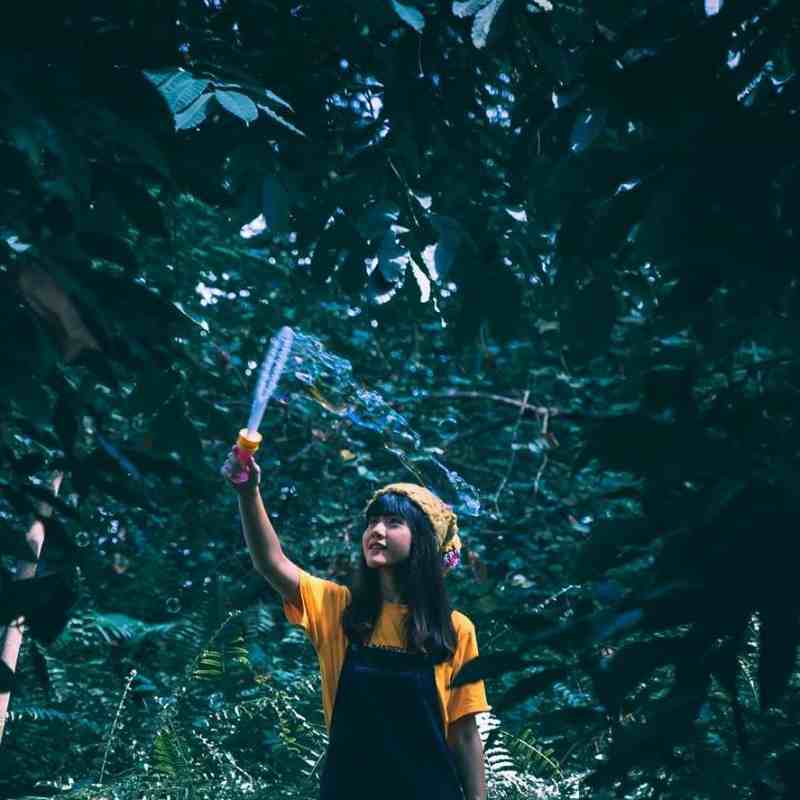 "Thank you, Mr Kiw for the memorable year in Secondary 4 when I was your class Chinese rep, and of course, for nurturing my love for the Chinese language which remains today! A legend since the early days of Dunman High, Mr Kiw was the only teacher that could make me pin up my fringe for the entire year, and make me try out for a Chinese speech competition (I was a shy kid). 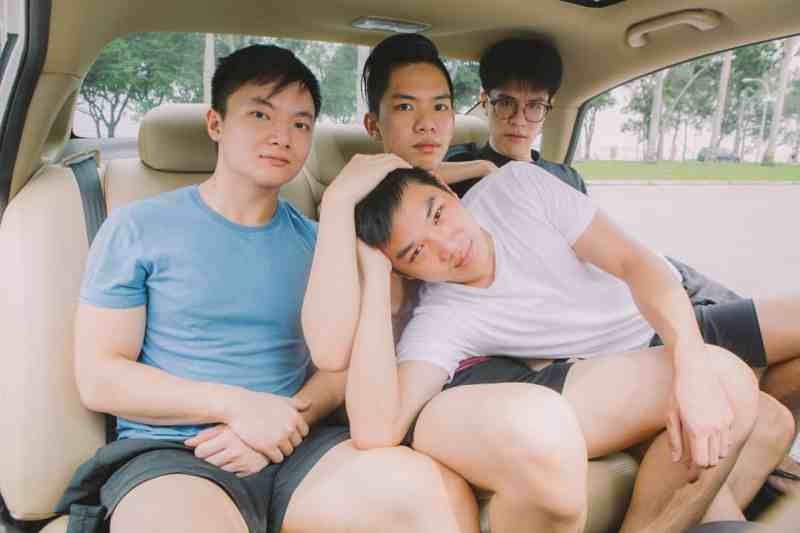 "When I was in Primary 4, Mr. Shahran told me I could do anything, before he accidentally kicked a football in my face during PE, so I threw it back in his face".