Taufik Batisah has long been a staple in Singapore's music scene. He shot to stardom 15 years ago, when he became the first ever Singapore Idol winner. Since then, the uber-talented musician has released a handful of music, while at the same time managing an acting career, and co-owning his very own Nashville hot chicken store, Chix Hot Chicken.

We spoke to Taufik on his latest single, 'Ikhlas' with Siti Nurhaliza and Nissa Sabyan, what it was like competing on Singapore Idol and more. Check out the complete interview below.

Congratulations on the release of your new single, 'Ikhlas'. Tell us more about the themes and messages you wish to convey with the track.

"The song is one of celebration. The song basically, for me, is a reminder of gratitude. It's about appreciating what we have, and the things that we have going on around us. At the same time, in doing that, it reminds us of the people who are less fortunate. That's the main meaning behind the song."


'Ikhlas' is out now, exclusively on Apple Music. The single is set to be released on other streaming platforms on 7 June.

For ‘Ikhlas’, you worked with Siti Nurhaliza and Nissa Sabyan. Tell us more about getting the chance to work with them. How did it feel getting to finally record with Siti, given the familiarity, and Nissa, who is a rising star in music?


"That's exactly it, there's a sense of familiarity with Siti. Like you said, we've performed together and we were just recently in Japan together for a festival but we had never recorded something together, so I thought it was about time. I thought it was pretty awesome getting the chance to record a song with her because she's a legend in Malaysia. She's done it all. As for Nissa, it was great to work with a rising star who is huge in Indonesia. I think her star is just going to shine even brighter as she goes along. She's such a sweet girl, really humble, really tiny as well. (Laughs) I'm a pretty tall guy and if you look at a photo of the three of us together, there were a couple of comments where people were pointing out that we looked like a dad, a mom and a daughter. I found that pretty funny." 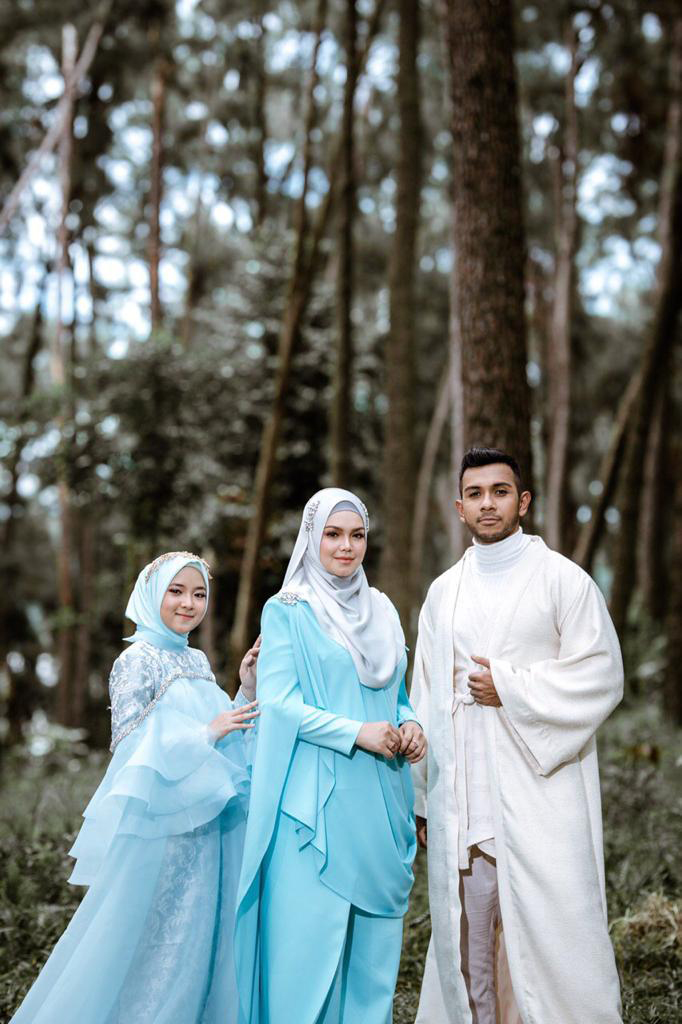 Did you get the chance to spend studio time with them for the song, or were you recording remotely and piecing it all together?


"I wish we could've worked in the studio together but our schedules didn't sync up. What we did was, we worked individually and recorded separately but I think we were in the great hands of Omar K, who is the producer of the track. He composed it and wrote it with Ikhwan Fatanna and John Jeeves. I wasn't worried at all. Omar is a really cool guy to work with. He's a pretty seasoned guy in the industry, we're the same age as well so I think there was this creative connectivity. He was very open to me throwing my own ideas into the song, so I think it worked out great for everyone."

What’re your thoughts on the next generation Malay star, Fariz Jabba?

"This guy is dope! Fariz Jabba, Yung Raja, I would say Aisyah Aziz is the next generation also. These guys right here are really good. What Fariz did, switching from rap to R&B, I thought that was amazing. He managed to show off a whole new side of him that people never knew existed and I think that's what every artist out there should strive to do. I think we're going to see a lot of greatness from all these new artists, and I can't wait to work with them down the line, hopefully."

What’re some of your favourite memories from your time on Singapore Idol?

"Dang. That's a long time ago. I don't know about my favourite memory per se, but probably the two worst decisions I made were to colour my hair for Disco Night, combined with the outfit I was wearing. The other, was choosing to sing Usher's 'Yeah!'. That was a bad idea. I had to sing every single part, there was no backup, I had to do the adlibs and everything. The music was pretty raw so it was difficult for the arrangers to make the music because they didn't have the samples and everything. It was just bad, dude. (Laughs)

What we went through during Idol was such a breeze. No matter how tough it was at times, it was such a joy. This was 15 years ago, and it was a phenomenon at the time. The whole of Singapore tuned in, they were hooked and it was something that truly united everyone. It was a privilege to be a part of that whole experience. Through and through, the whole journey was memorable and enjoyable. The one word that can sum up how I feel about the entire thing is: Gratitude."


How do you think you’ve grown as an artist from your Singapore Idol days up to now?

"For the latest release, it was the first time in a long time that I did not write a song I recorded. Usually over the years, I would only record something that I had written myself, because that was always the thing I could connect to the most. I would say I've grown a lot in terms of knowing what I want. I'm prepared for what I want to do in the studio before I even go in. For 'Ikhlas', I had a better idea of how I want to sound and carry myself in the song since this is a song by three singers.


You were recently featured in the music video for this year’s National Day theme. How did it feel to be able to get that chance, and to share it with a long list of local musicians?

"In the first place, I was really appreciative that Sydney [Tan] got me involved in this project. When he told me about the list of names involved, I was blown away. This is a milestone, I would have to say, for Singapore's music industry. To be in the room with all those people was something very special for me. I was right in the middle of the generations. I appreciate names like Ramli Sarip to Jeremy Monteiro to Jacintha to Joi Chua to Joanna Dong, to Stefanie Sun. I appreciate the entire spectrum of talent that was present. There was this young boy, his name is Rizwan, and he is someone that Singapore should look out for. His voice is ridiculously good. The entire experience was such a trip.


How do you split your time between your family, music, acting and running your business ventures?


"I think at the end of the day, we have to understand why we're actually working. Making music, and everything else that I'm doing is for my family. At the end of the day, I think it's really important to spend time with family and allocate time for them. I would say there's no specific time in a day that I would allocate for certain things, but I would say that 50% of the time has to go to family, the remaining 50 has to be split up between the rest."


What’s next for you?

"In terms of music, the truth of the matter is, the last I put out an album was four years ago. Since then, I have not been inspired to make music. I've been in the industry for 15 years and I think I'm reaching that point of getting writers' block or feeling a little bit jaded. After 'Ikhlas', I think a spark kind of lit within me. After working with Omar, and looking at the new generation during the NDP project, I'm feeling good and rejuvenated again. I'm planning to put something out towards the end of the year. If not, I'll put something out for someone, in terms of writing music for someone.


My F&B business, Chix Hot Chicken, is celebrating its first anniversary on 4 August. It's going to be really fun so everyone should come down."