Hear65 has teamed up with Mandarin radio station, UFM100.3, to present UFM100.3 x Hear65 Presents: LIVE from the Lion City – part of a series of monthly showcases that feature Chinese music performed by our homegrown talents. Previously, the event saw charming performances by Soph T. and Elizabeth Low.

Hosted by SPH Radio, UFM100.3 DJ Andrew (靖禾), the fifth edition of UFM100.3 x Hear65 Presents: LIVE from the Lion City will see enchanting performances by OHMYMEITING (黃美婷) and Jin An (锦安), and will be happening on Saturday, 27 July, 2 – 3pm, at the Voices of Singapore Gallery, National Museum of Singapore.

Largely influenced by the music of JJ Lin, Jay Chou, and Mayday, OHMYMEITING’s (黃美婷) music bears hints of Taiwanese indie singer-songwriters Cheer Chen and Crowd Lu, often delving into the small details in life and with a sense of humour into After releasing three digital singles in 2016, the singer-songwriter released her debut EP《別擔心！我不是壞人》in June 2018 at the Esplanade Recital Studio, with one of the tracks《住在天狼星的那個人》hitting number one on StreetVoice charts.

Most notably, Meiting was featured in Zaobao's new initiative《创新声》 in October 2018, where she worked with K-pop producer Gen Neo on her latest single《巴黎的十二點》. After the episode, the song hit number three on the Global Chinese Golden Chart, and its music video was released this February 2019.

Jin An (锦安) is a guitar-wielding singer-songwriter who lives for music. Beneath the small-frame and shy image lies a big voice that reminds one of powerhouse singers such as Fish Leong. Influenced by the likes of Coldplay, U2 and Damien Rice, she will bring you an evening of stunning originals such as ‘Light and Hey’, and some unreleased tunes. She released her first mini-album Light in 2016, which reached number two on iTunes in Singapore on the day of its release. Her second official release, ‘My Distance With The World’, was unveiled in 2018.

At the age of 15, with a bag brimming with heartfelt original songs, Jin An was nudged into the spotlight when her piano teacher included her performances into various concert repertoires. Since then, performing has been second-nature and she basks within the ecstasy of the stage. She is currently managed by MG Music Singapore and based in Taipei.

The event will be held at the Voices of Singapore Gallery which focuses on Singapore in the 1970s and 1980s, and explores how Singaporeans forged a unique voice for themselves through music, performances, television and theatre. Other than the iconic recreation of a vintage drive-in theatre, the gallery also features songs by Xinyao singers such as the Straws, Eric Moo, Liang Wern Fook and Liang Su Shan. Some of Dick Lee’s familiar tunes such as those from his hit musical Fried Rice Paradise, are also highlighted in the gallery. The museum is open daily from 10am to 7pm, with last admissions at 6:30pm. Admission is free for Singaporeans, Singapore Permanent Residents, and visitors aged six and below. 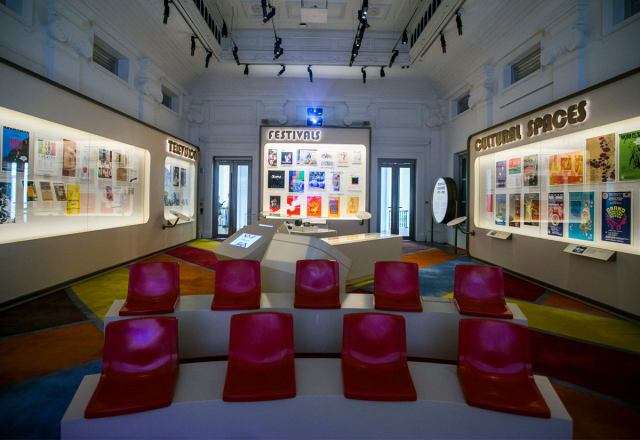 UFM100.3 x Hear65 Presents: LIVE from the Lion City will be happening on Saturday, 27 July, 2 – 3.30pm, at the Voices of Singapore Gallery, National Museum of Singapore. For more information, click here. 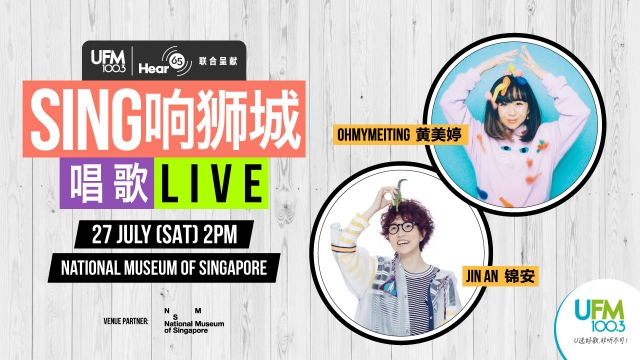