We are barely one week into ‘Masa’, the reveal by one of Made In Singapore music’s most in-demand voices of his new artistic incarnation. In the single and accompanying music video, FARIZ JABBA dips into fount of ‘90s-facing R&B and surfaces with a message of love as pure and as spiritually sweet as the most impactful songs that form the canon. Rap is not the move here: He coos entirely in Malay and dances like he means it – both word and action emanate from a heart-on-sleeve place that is old school yet timeless and supremely feel good.

In the following interview, we speak to JABBA and the ‘Masa’ producer Flightsch, who also engineered the jet-engine banger ‘Mustafa’. This is their story.

How do you feel about having your second single out in the world?

Fariz Jabba: It's been eight months since the previous song. Honestly, eight months ago, I wouldn't have thought that my second single would be an R&B song, or even a full Malay song – because my element is 50/50, like half-English and half-Malay. It was just a wild idea but it happened and people can comprehend it, so I'm happy!

But I'm more excited about the dancing I do in the video because it's like going back to my roots when I was 14 or 15, watching Chris Brown and his videos from when he was 16. That was the first time I realised that being a star is a cool thing, and I've always looked up to that; people like Justin Timberlake, Chris Brown, and Michael Jackson. I always wanted to be like them, but I never really saw anyone in Singapore, other than Taufik Batisah, setting an example for dancing and singing in that light. We need more artists that are performers in Singapore.

Why do you think that's important?

Fariz Jabba: Traditionally, in Singapore's live music scene, the popular acts are usually bands, like live bands or just vocalists, like ballad singers. Today, though, it's evident that Singaporeans love hip-hop. Look at the hip-hop nights and the people who attend, they're packed. But, after that, there's no echo, no "profit", in that sense.

So, I thought: “Well, I have to start somewhere”. It might have felt a bit premature if I were to put out something like ‘Masa’, say, eight months ago. But I figured that I want to dance again. I've been dancing since I was like four or five years old, and then I stopped when I was around 16 because I discovered rap. I also didn't know any dancers, so I just stuck to rap. But dancing is as important to the hip-hop world.


'Ape Sia' is hugely successful. Were you guys intimidated by the numbers it’s garnered when making ‘Masa’?

Flightsch: Honestly, we were not intimidated because we knew we were going to open up our reach to a whole different audience with this song, such as reaching out to Malaysian audiences. Primarily, Fariz' fans are mainly male, about 60% male and 40% female. We are trying to balance it out. So, when we were discussing what the next single would be, we knew we had to tap on Fariz' dancing and singing because no one knew that he could sing and dance. Everyone thought Fariz Jabba is just a rapper and that he's just a one-trick pony, but he's not. There's so much depth to him that not many know about.

Which is also why we purposely kept rap out of this song – to let our audiences forget about rap and just embrace this new side of Fariz. We needed the market to know that Fariz doesn't just rap, he also sings, and they have to love him for that as well. It's educating the market on the depth of our artists, and that's good.

And response-wise, I think it's been pretty good too. The female fans seem to really adore this sweet version of Fariz Jabba that's less hard.

Fariz Jabba: I was not intimidated by 'Ape Sia' simply because 'Masa' is a different lane. To me, the motive of 'Masa', which means "Time", was for people to understand that I am slowly pulling myself out of the "purist rapper" equation, so I'm not just a rapper. I'm not trying to go for the throne; I'm not trying to be number one in the rap game. I'm trying to be number one in my own game. Who do we know in Singapore that can sing, dance, rap, and act? That's basically what I'm trying to go for.

'Ape Sia' did well, thankfully, but 'Masa' is to show people my other talents.

Why was it important to you that 'Masa' be done entirely in Malay?

Fariz Jabba: With this song, we were definitely trying to tackle the Malay demographic. Also, Malay lyrics just sound really sweet. I want to resonate with my fans, some of them who are girls from Malaysia, places like Malacca, Kuala Lumpur and such. Most of them converse with me in Malay, so I want to go out of my comfort zone and write something specially for them.

Another reason I chose to do this song in Malay is because I think that Malay pop songs should be, well, popular internationally. On a phonetic level, we tried to make the Malay lyrics sound nice, so that it’s easy and pleasant for everyone to listen to worldwide. 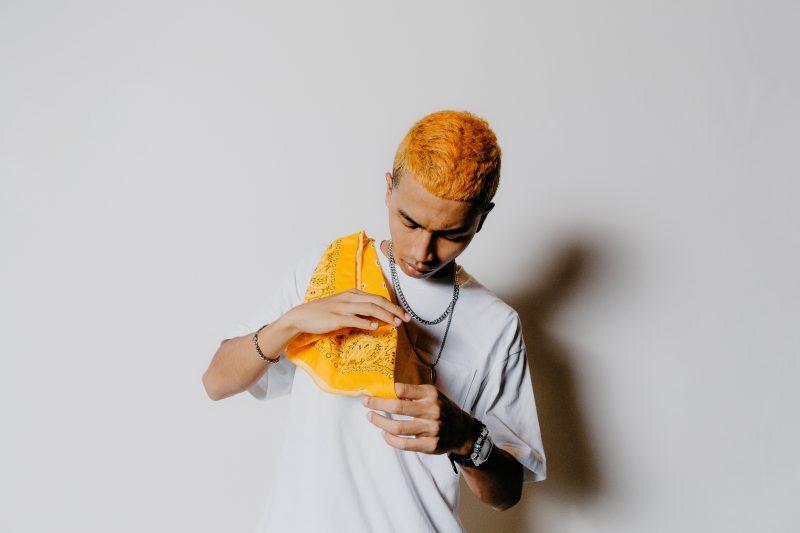 Flightsch, you produced 'Mustafa' For Yung Raja when Tamil wasn't one of your stronger languages. What was it like making 'Masa'?

Flightsch: To be honest, this was so much easier! Malay is much closer to me than Tamil, actually. I mean, my whole career started off in Malaysia around 11 years ago, so I worked with many Malaysians before. I was essentially immersed in the language, and it became something very natural to me. As much as I know that I'm not Malay and that I am not fluent in the language, I understand the culture enough to know what we can do music-wise.

However, in terms of 'Mustafa', I started from zero. Like for the last twenty years, I hardly ever spoke Tamil. So, that one was a lot tougher. I feel that I would be much more comfortable working on Malay songs than Tamil songs. Tamil music exists in its own space and I'm still trying to understand it. I guess that's what I offer to the people I work with – You've got Tamil lyrics? Let's see what we can do about it to make it viable internationally.

Was it a challenge to get Fariz to sing in the way that he does in ‘Masa’?

Flightsch: Not at all. Fariz is a natural-born singer, so there's no problem at all. It was super easy. I think the only difficulty we faced was writing the actual lyrics of the song. We came up with the melodies and everything in one day, actually. And with the little Malay that I know, I also gave some input on what words will sound nice in the song. 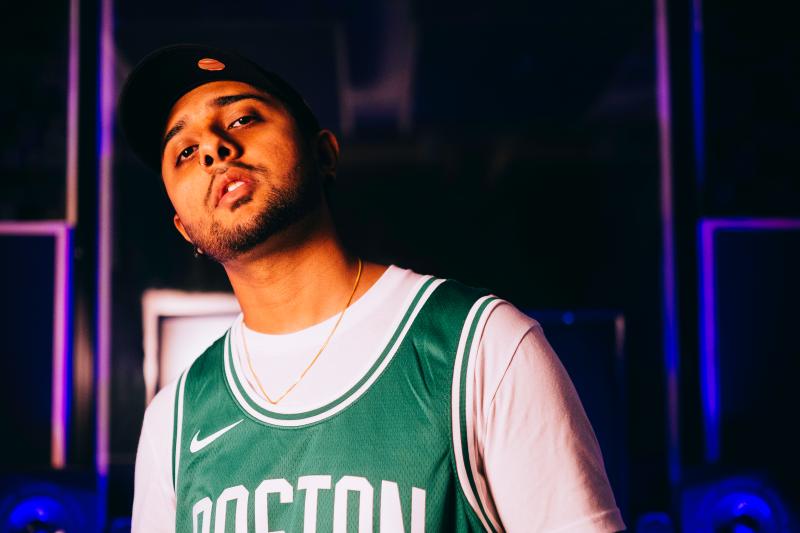 Earlier, we were talking about the shocked reactions of some people towards this new song. What are your thoughts about the critique of the new direction taken in the song?

Fariz Jabba: We completely expected it, 100%. The whole team expected this the very day we made the song. People were probably expecting another version of 'Ape Sia', which is cool, but I'm not going to let the comments carve the artist that I'm going to be. So, I was not shocked by the reaction. I was like: You know what? Whatever lah. I have other songs coming out that are rap.

Personally, I was just hoping for a good reaction towards 'Masa' from the industry, because that was kind of like my gauge to see if I was going crazy, or was it a bad song for real. I would rather take input or comments from peers, because they know the struggle of making a song and they understand what I'm trying to do. The opinions of my family and friends matter the most to me. That's enough for me.

Flightsch: Aiya, honestly, they don't bother me. I already know their stance on this. I am thankful for their support on 'Ape Sia', but we need fans who will stick by us through all creative processes. Fariz Jabba is going to be a journey, and the fans must be ready to come on this journey too. They need to understand that there is so much more that's going to come from this, and that you cannot just limit yourself to your little bubble of what you think music should be. There's so much more and we can't wait to show you what else is coming with the third, fourth, fifth singles and so on.

Fariz Jabba: That's the fun in our music. If you trust our brand, if you trust us, we will bring you somewhere and make sure you feel good, and that you'll be surprised. 'Masa' is a huge surprise and a completely different spectrum of my artistry. We want to keep our music a mystery until it’s actually released.

Finally, is there anything you want to say about what's next for you?

Flightsch: There is so much more music coming out. We have a lot of features lined up, too. Fariz is done with his own record, Raja will be putting out his single, as will Shorya. We also have a new artist who we can't reveal yet, but she is going to be putting out a new single, which Fariz is on, as well.