Youth is synonymous with possibility – and for 16-year-old Singaporean producer Foxela, the musical possibilities are endless. His is a sound that is informed by the titanic sweep of the spectrum of electronic music, where 'dance' is only a signifier and not the endgame. Today, he unfurls into the world his latest single featuring the ethereal coos of Korean singer DNAKM, 'Hard To Get'.

Stay tuned for more to come from him and read our interview with the young musician below.

Congratulations on 'Hard To Get'. How did it come together?

Previously, I was using my sister's computer for about four years, and this was the last song I made on it before I transferred everything to my current one. This song means a lot to me because it was it was a follow up to ‘Neverland’. They both had the same style. I exported the stems from my sister's computer and I worked on it with Logic Pro X on mine. After which, I really wanted to release it so I got my friend to put the vocals for it. So that's how the song came about.


How did you get into music?

My sister had to get a Macbook after she got into secondary school. One day, I was playing around with it and I saw two songs in the trash folder. I opened them and I thought, "Let me beef this up". So, I added loops and I felt that it sounded really good. But when I listen to it now, I cringe so badly.

I didn't really pick it up until I saw a remix of a YouTuber's voice. I know that's weird, but somehow, I clicked with it. I thought that I could do that with my computer too and it just started from there. It actually had a big impact on me because I didn't stop until now.

Who are some of the musicians that you look up to and enjoy listening to?

Oh definitely, MYRNE. He's a legend. My friend, Viticz as well. I first listened to his EP Resurrection a year ago. As for international acts, Mike Williams. His music really had an impact on me in a way that completely switched my genre. The thing is, all my future bounce stuff is not released but it's going to come out, I think, next year.

What would you say are your long term plans in music?

What made you choose electronic music?

I actually had piano lessons when I was in primary four. And to be honest, I didn't really click with it. That sound I got from YouTube, it was actually my first encounter with full-on dubstep. I thought that it was something new and then I did a lot of research on it and I got to like it more and more. I completely stopped listening to pop.

What particularly draws you to the synthetic sound?

It's the fact that you can take one sound and tweak it to however you like. You're not stuck on one sound unlike a guitar or a piano. You get to design a sound; that's the really cool thing. 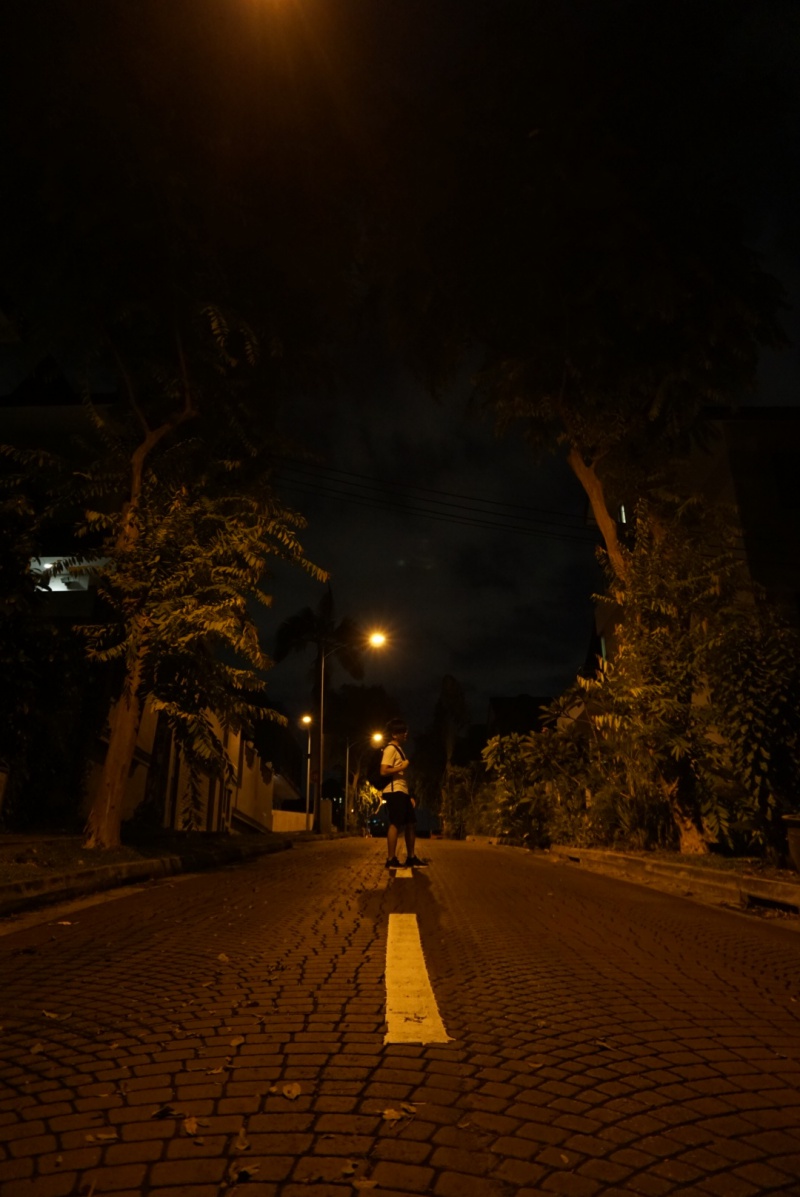 Where are you currently studying?

I just graduated from Pei Hwa Secondary School. And I'm waiting for my O levels results. I hope to obtain a Diploma In Music And Audio Technology from Singapore Polytechnic.

My friend, Axel Brizzy, is currently studying in this course and he's an inspiration to me because he worked so hard and he’s so determined to make it. I remember when I first messaged him on Instagram, he was producing and just having fun. Now, he's an artist and he’s performing everywhere — he really deserves it.

Do you see your youth as something that gives you the freedom to experiment or do you feel intimidated by what's out there?

Honestly, I'm not really intimidated. The thing is, being young, you get to sit around and do whatever you want. Because you have a lot of time and people can give you feedback. You'll be able to refine your style, which is what I'm trying to do. The bad thing is, people will tend to tell you that you should be studying, playing games or going out with your friends, instead of making music. There won’t be a lot of people who will have hopes on you being successful in the future. But that doesn't bother me. I want to take my music further.