In the first part of the NDP Debutant series, we spoke with Jaz Loh, NAMIE and Heema Izzati about their experiences playing NDP for the first time. In this second and final installment, we hear from ABANGSAPAU, Abby Simone, and Umar Sirhan about their own experiences. This year, we celebrated the nation’s birthday in the midst of a pandemic and what will go down in history as an extraordinary time. While the annual National Day Parade (NDP) took place in a different place and form, the parade continued to shine a spotlight on the treasure trove of local artistes that have blossomed in our little red dot.

From fulfilling childhood dreams to fawning over Shigga Shay in real life, the stars spill their experiences and favourite moments of performing at NDP2020. 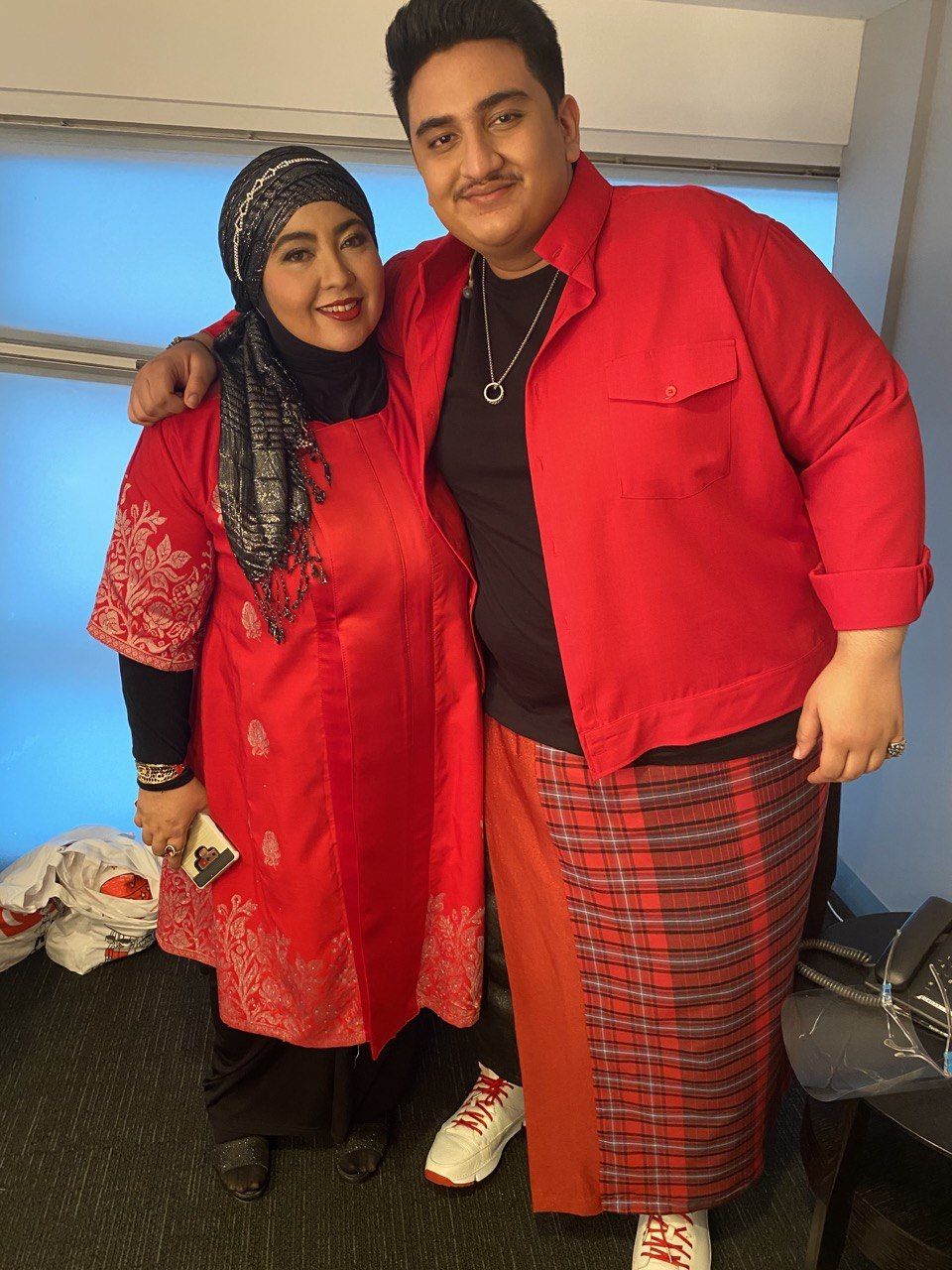 Together with NAMIE, ABANGSAPAU was also part of The Great Singapore Replay Season 2 where he discovered his artistry identity and the essence of the music he wants to create. The hip-hop artiste performed an original track, ‘Each Other’, during NDP 2020, which he composed in one sitting during the circuit breaker period. We also got ABANGSAPAU to share how he came up with the unconventional idea of collaborating with his mother, who contributed her vocals to the track.

Playing NDP for the first time was a huge honour for me. After doing music and being in the ‘industry’ for just over a year, I never imagined I’d be given such a huge opportunity so soon. It meant so much that the organisers trusted my artistic vision for the song fully. The song was especially meaningful not just because of my mother, but also because it was made without any intention of being an NDP song - it was a song birthed from a regular studio session with my go-to producer Danish Naufal from Greendoor Studios. To see it come from that to being featured on a national platform in a mere matter of months, unplanned, will always be something I’ll be grateful for. I also got to fulfil my mother’s childhood dream of being a part of NDP - so to be one of the few to be performing this year instead of the usual thousands of participants in addition to everything else, will be an honour I’ll carry with me for the rest of my life.

Tell us about the track ‘Each Other’, we understand from another media interview that you wrote it in one sitting the day Circuit Breaker was announced, what was your inspiration and how was your creative process like writing the song?

When I first decided to write the song, all I wanted to do was lament on everything that I’ve personally lost throughout the process of social distancing - the inability to visit my grandmother, loss of income and opportunities through shows and events being cancelled, the state of how we consumed media and how easy false information was spreading amongst everyone (especially family Whatsapp groups). But then I knew I needed something to tie it all together. I wrote the line “all we got is each other” and built on that for the chorus. Because it’s true - through the losses of everything - be it financially, physically, emotionally or anything else - the one true currency that kept us going was each other. When my Father passed away on 2nd May in the middle of the circuit breaker, that line carried a lot more weight and truth to it than I initially felt - and I stand by it now with more conviction than ever before.

As I sang the chorus, I realised that some female vocals would sound good. As I was cracking my head thinking of who to collaborate with, I looked at my mum and went “Mummy, can you sing this?” She sang it and I knew right away that I should get her on it. I never intended or foresaw her being on the song with me. The next day, we went to Greendoor Studios and my producer Danish Naufal helped to produce, record and engineer the whole piece. To fulfil her childhood dream as a son is a huge, huge honour for me. Being on the stage with her felt so natural. Funnily enough, in all the shows I’ve performed in, there’s always an inkling of nervousness before I go on. For NDP, the largest show I’ve performed in with millions watching, I felt zero nervousness. And so did my mother. Because we knew we had each other. Pun unintended. 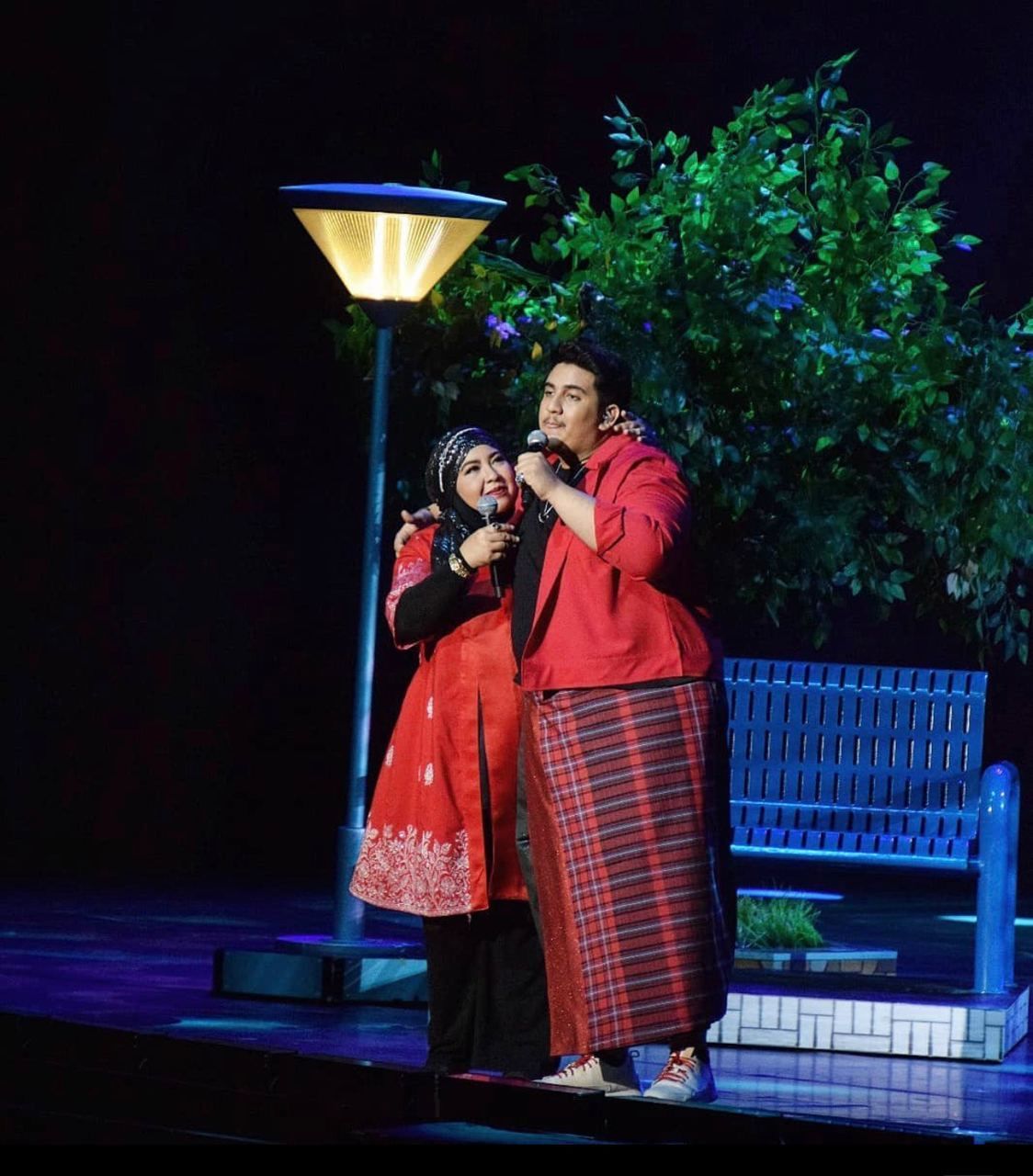 ABANGSAPAU and his mother performing on stage at NDP2020.

Which artist were you most excited to meet behind the scenes?

Dick Lee is a LEGEND that I’ve been watching since I was a little boy. So to finally see him in the flesh up close and personal was so surreal to me. He had a larger-than-life presence and I just felt like a little fanboy around him. Crazily enough, as I was preparing for the show, I was contacted by the Musical Director, Dr Sydney, to perform an additional segment in the song ‘We Will Get There’ - and they made me stand next to Dick Lee on stage! That was huge for me.

ABANGSAPAU on stage with other stars performing 'We Will Get There', from left to right (Umar Sirhan, ABANGSAPAU, Dick Lee and Nathan Hartono).

What’s next for you? Tell us about any music related projects in the pipeline that we can look forward to.

I’m currently working on a number of things - what I can say is that my first piece of musical work with the Def Jam South East Asia is very much in the works. In addition to that, I’ve been working on an album that’s very personal to me, and it’s been in the works for over a year. All this and more will be revealed in time to come, and I’m so excited to share these bits and pieces of me to the world.

What is one piece of advice you would give to aspiring local artists?

It is ok to be a “whack” artist at first. I was a horrible rapper when I first started out. What helped me grow was to just put my work out there and let the world judge my work - then grow from there. It’s always about growth through the process. Trust yourself and your gut through everything, and surround yourself with positive energy who genuinely wants the best for you. The last thing you need is people who want to keep you around for the sake of draining your energy, or to be with “yes men” who don’t contribute to your growth as an artist and person. Art is personal so who you surround yourself with matters. 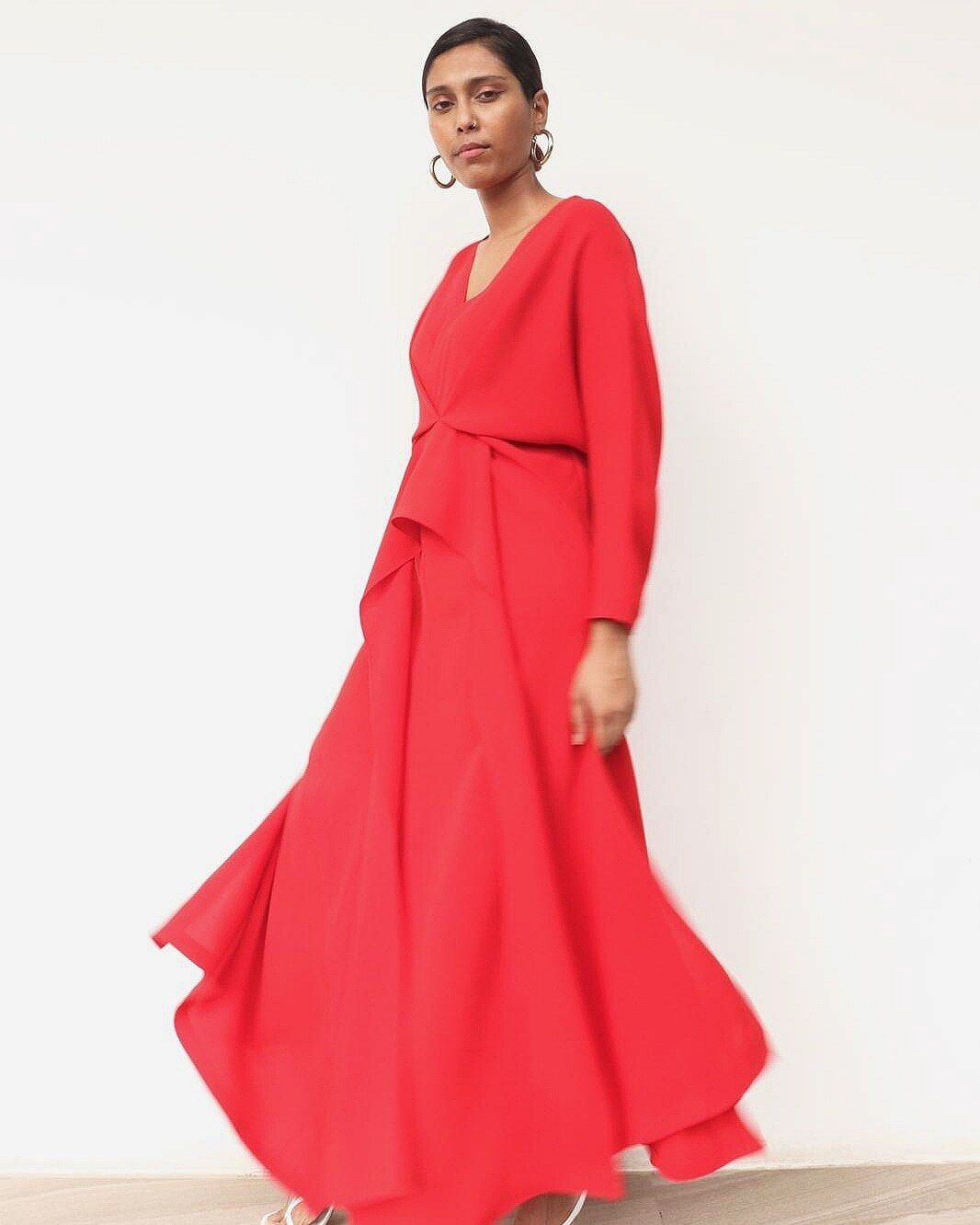 Abby Simone, whose full name is Abigail Simone, started her professional musical career in 2014. The R&B songstress has performed at the Esplanade and the United Nations Women's Gala among others. At the peak of the COVID-19 pandemic, she worked on soulful covers of songs featuring just vocals and guitar. This National Day, Abby was joined by established local Tamil artiste, Shabir, in their NDP performance of ‘Stepping Up Together’ - an urban, upbeat song composed by both singers.

Psssyyyyched. I was almost gonna tear backstage cause I knew that my family and closest friends were ready for me with their support virtually. It's been quite the journey, but I've learnt a lot about myself through it. 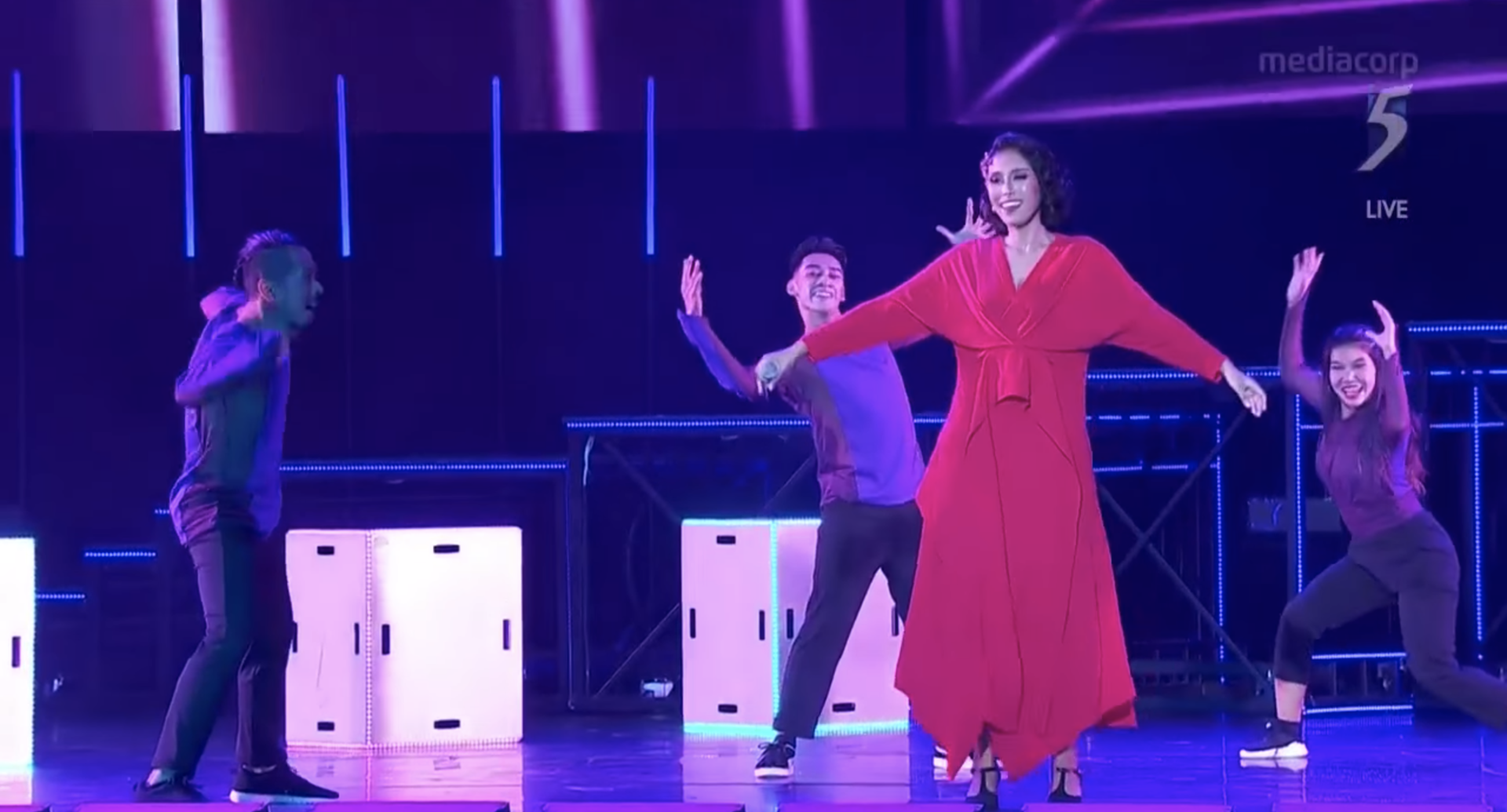 Tell us about the track you performed with Shabir ‘Stepping Up Together’, we understand that the inspiration behind this song was to highlight the challenges Singaporeans faced during this tough time. How did the inspiration come to you and what was the creative process like composing this song?

I remember sitting in the stairwell with my guitar (I love writing there because of the acoustics) and writing the first two lines down. It was me, talking to me. Circuit breaker hit me and a lot of the people I love real hard. So every word in this song was a reminder that only after I got me, that I can also be there for the people I care about.

Which artist were you most excited to meet behind the scenes?

SHIGGA SHAY. I love ‘Lion City Kia’, how original he is, and I'm just a fan. So when I saw him backstage and he said Hi Abby - I was DEAD. 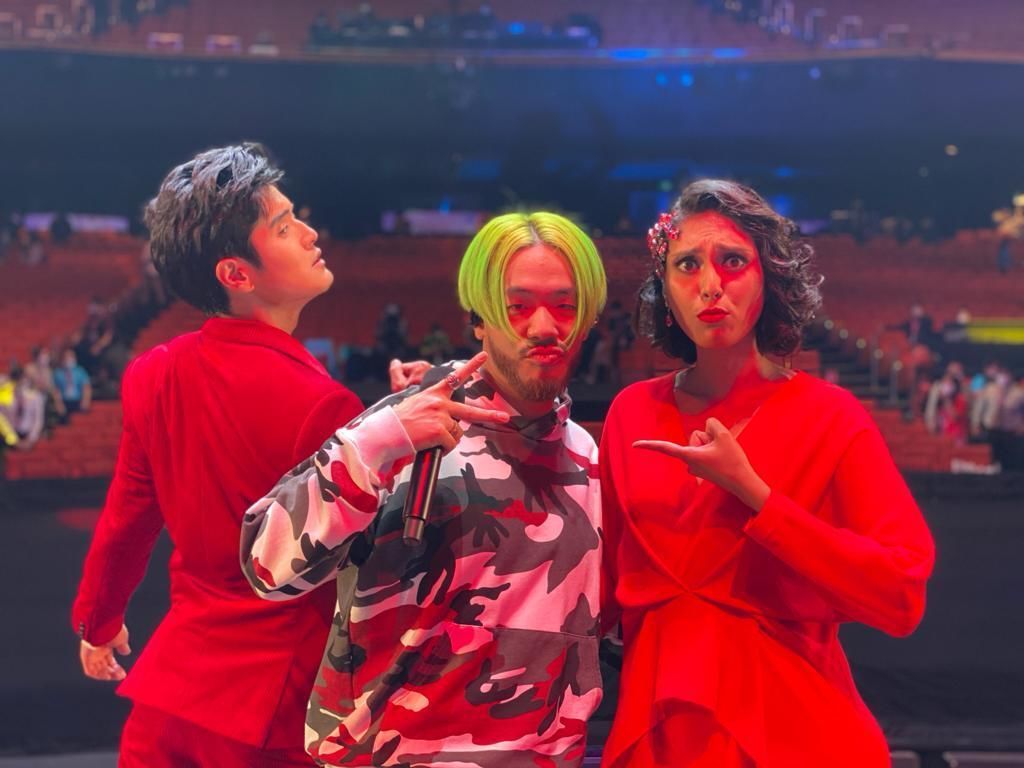 My first ever solo EP. My single is coming out this October and I'm feeling a lot of emotions right now. I allowed myself to embrace vulnerability when I was writing the tracks and to be able to share that with the world in hopes that someone can relate to it is gonna be a dream.

What is one piece of advice you would give to aspiring local artists?

When you find your voice, stand tall and be bold. And remember, no one's gonna have your back, if you don't got yours. 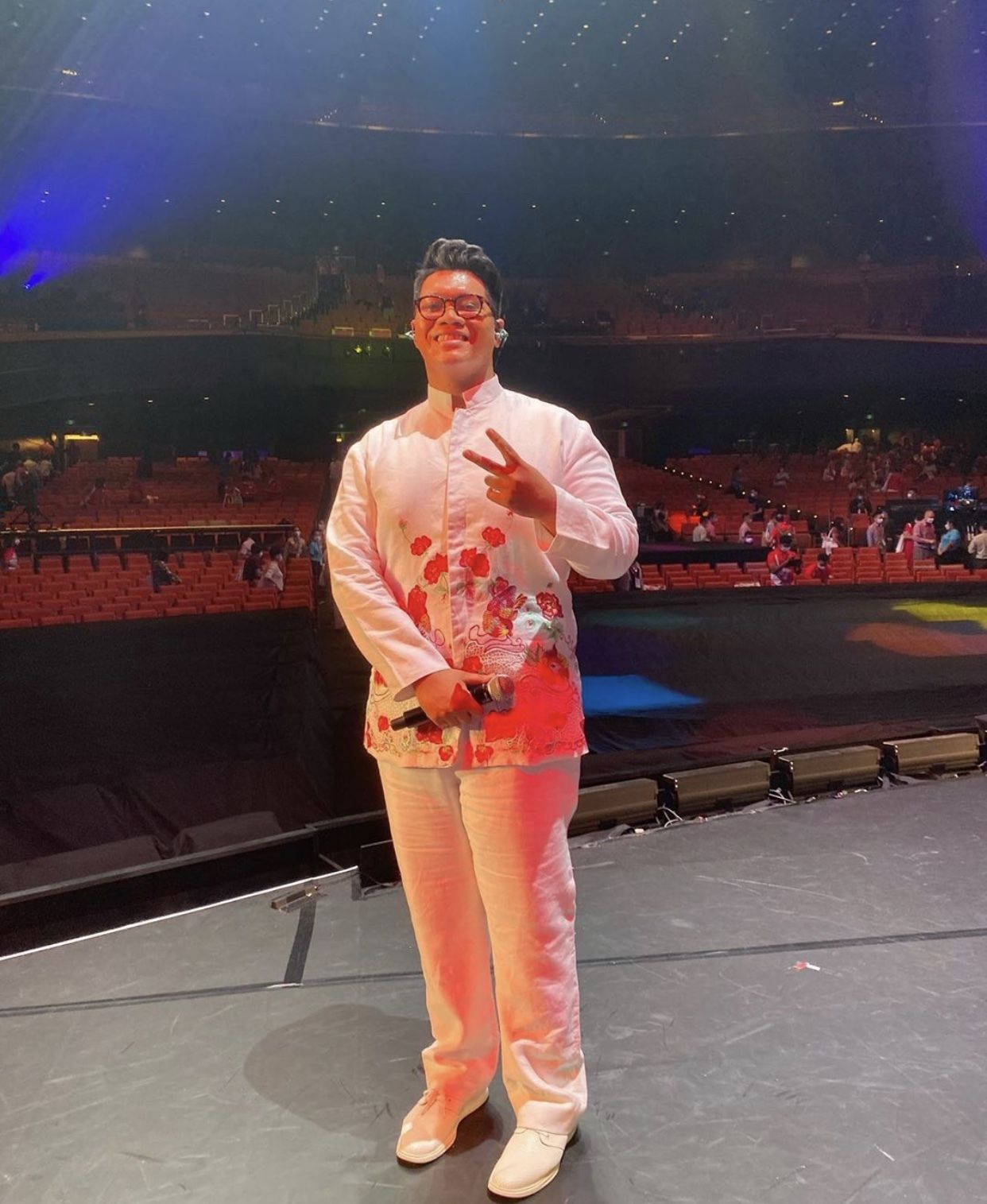 In 2015, Umar Sirhan took a leap of faith and posted his very first original song, ‘Try’, on Instagram. After receiving positive feedback on the track, the young singer grew more confident to take part in gigs and actively participated in his school events. Umar also released a collaborative single, ‘Good Tidings’, with Kyla T and Hasyir Ibrahim during 2018’s holiday season. In this year’s NDP performance, Umar goes solo as he performs ‘Everyday Heroes’,  a heartwarming tribute to the nation’s frontline healthcare workers.

What was your experience like playing NDP for the first time? Tell us about how you felt.

To say I was thrilled would be an understatement. All the excitement aside, I felt it was an honour to be doing something that was bigger than myself. I definitely owe it to my friends, family, and everyone who has supported me along the way. 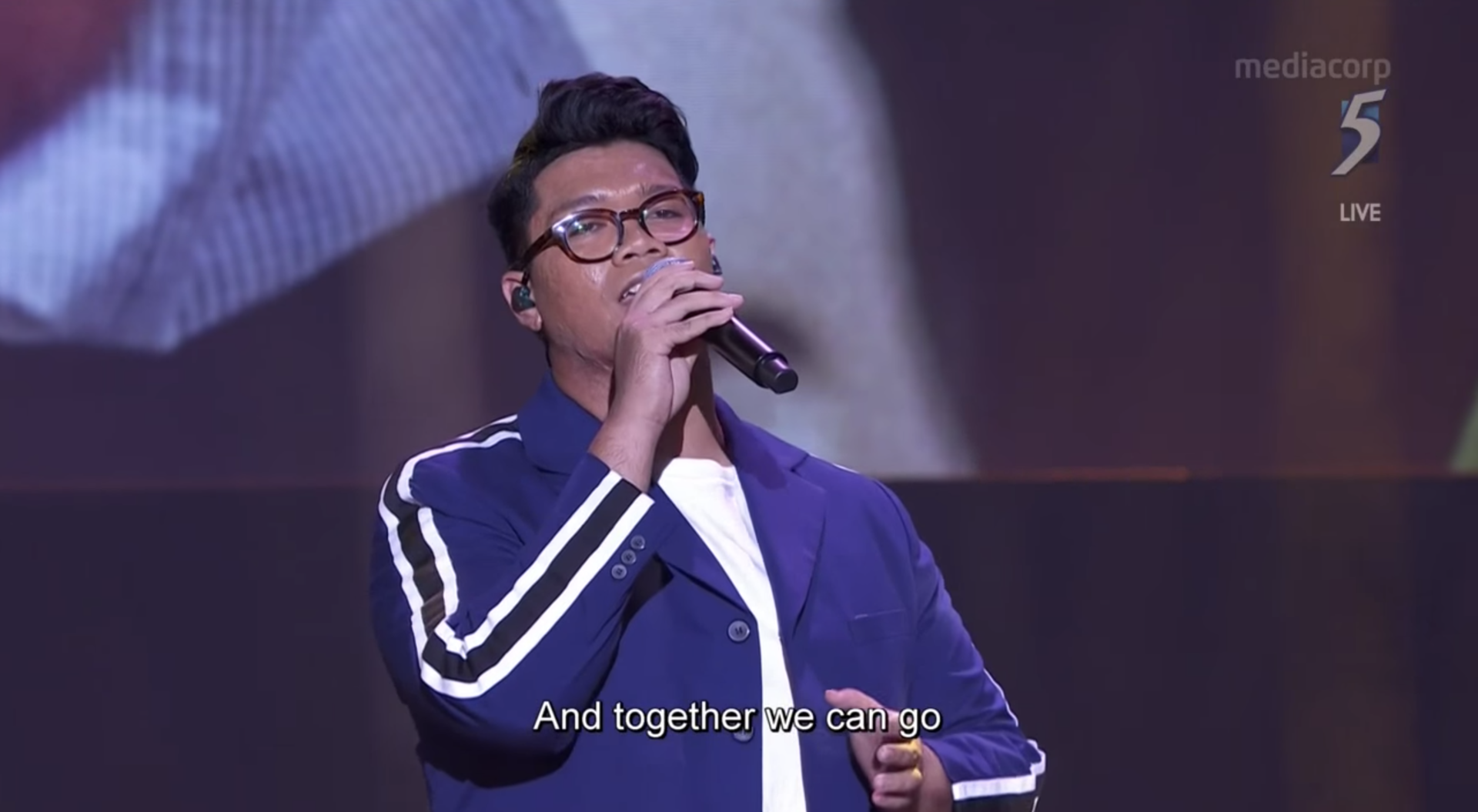 Tell us about the track you performed - ‘Everyday Heroes’ composed by Dick Lee.

There are no words substantial enough to thank those who risked their lives and dedicated their time and energy protecting those in need and the rest of us. But the strength of our people lies not only in those who actively serve. Like the song suggests, everyone has a part to play in protecting and supporting each other, and keeping each other safe.

Which artist were you most excited to meet backstage? Tell us more about how it unfolded.

Charlie Lim has been my idol since the dawn of my music career, and it was quite the thrill to speak to him backstage. I’ve previously touched base with him outside of NDP but it was nice to be able to interact with him on this level and in this environment.

I’ll be working on my own music, which I hope to start to release this year. Perhaps an EP in the coming year, and who knows, NDP 2021? *wink* 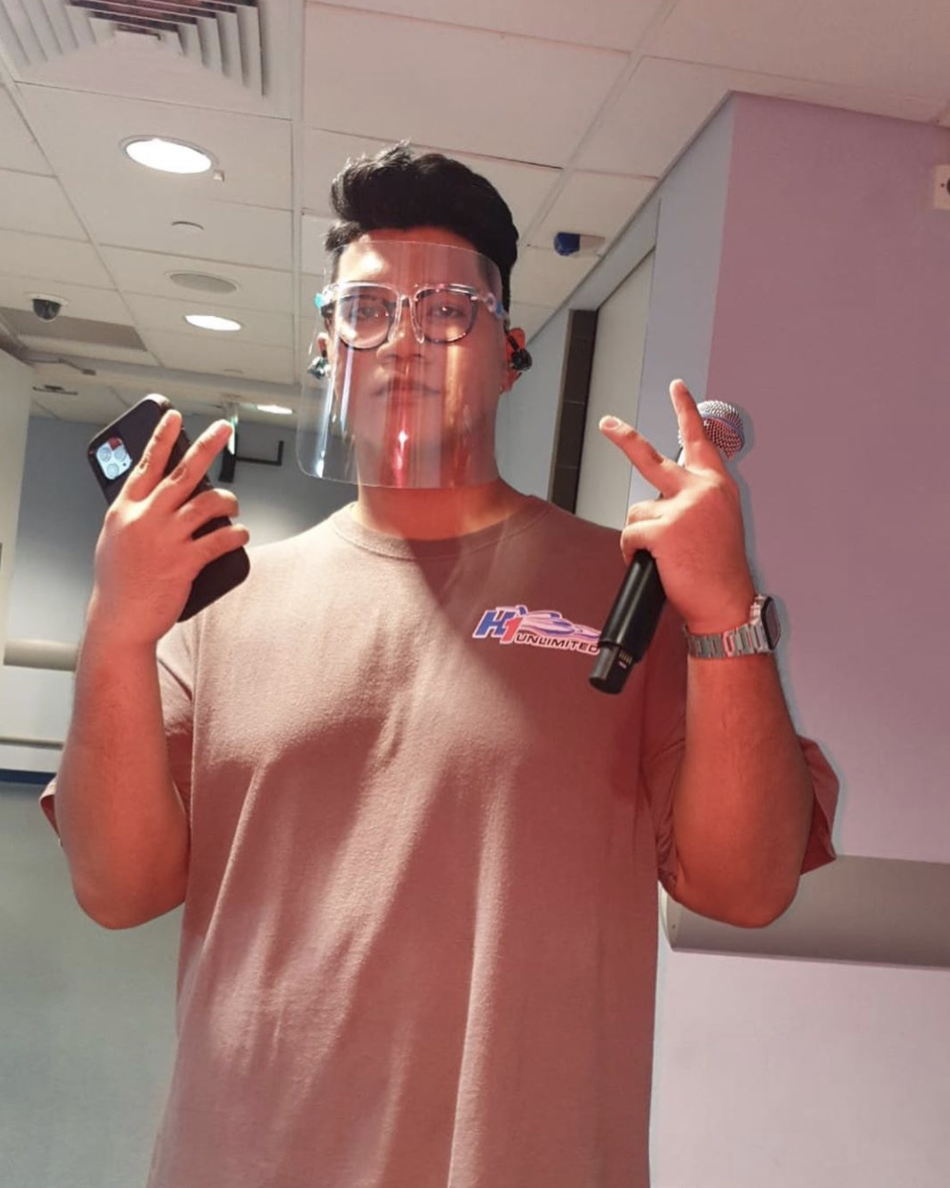 What is one piece of advice you would give to young, aspiring local artists like you?

Work extra hard to stand out and be your own artist, let yourself not be discouraged by naysayers and surround yourself with people who lift you up, but don’t forget to ground yourself.