When we think about RRILEY (aka Sandra Riley Tang), we immediately picture her as a strong, empowering, and unapologetically confident artist. The truth is, she is a complex individual who falls into the category of "looks like could kill you, but is really a cinnamon roll".

Released on 11 November, RRILEY's latest single 'growing pains', sees the powerhouse performer taking a step back from the likes of her previously released material and taking on a softer and more vulnerable approach to music as she shares her personal experiences on coping with anxiety. The new track is proof of her versatility as a musician, bringing greater depth to her solo music career so far.

There's something about the way RRILEY presents herself with each music era that constantly mesmerises her audiences. This is no different. Perhaps it's her innate ability to relate to her audiences and acknowledge that they, too, could be struggling with their own battles in life. At the same time, she is hopeful that "everything always turns out okay or better than okay." which reminds one of a quote from The Beatles' John Lennon stating: "Everything will be okay in the end. If it's not okay, it's not the end."

She shared: "If I can provide something that could possibly help lift someone else’s anxiety too, that’s a pretty easy decision for me."

In an interview with Hear65, RRILEY recounted her cathartic songwriting experience for 'growing pains', talked about providing comfort to her audience, and shared her plans to bring her music overseas.

Hi RRILEY! Congratulations on releasing your latest single ‘growing pains’! What are the messages that you hope to convey through this release?

Thank you! I think anxiety is something we all experience at some point in our lives, some feel it more intensely and frequently than others but it’s definitely something that we can all relate to. Having to cope with it for the past five years, something I’ve learnt is that emotions are a cycle and every time a wave hits, it feels like I’m drowning but everything always turns out okay or better than okay.

"Emotions are a cycle and every time a wave hits, it feels like I’m drowning but everything always turns out okay or better than okay."

Walk us through your thought process for writing ‘growing pains’. How did the initial inspiration come about?

It started with the first lyrics "sun in my eyes, tears are all dry, finally feel like I might be alright". Capturing that moment of me waking up in bed after being on an emotional low, feeling the sunlight hit my face and that soft glimmer of hope of "okay, I can do this" and finally believing and accepting that I’m exactly where I need to be right now. 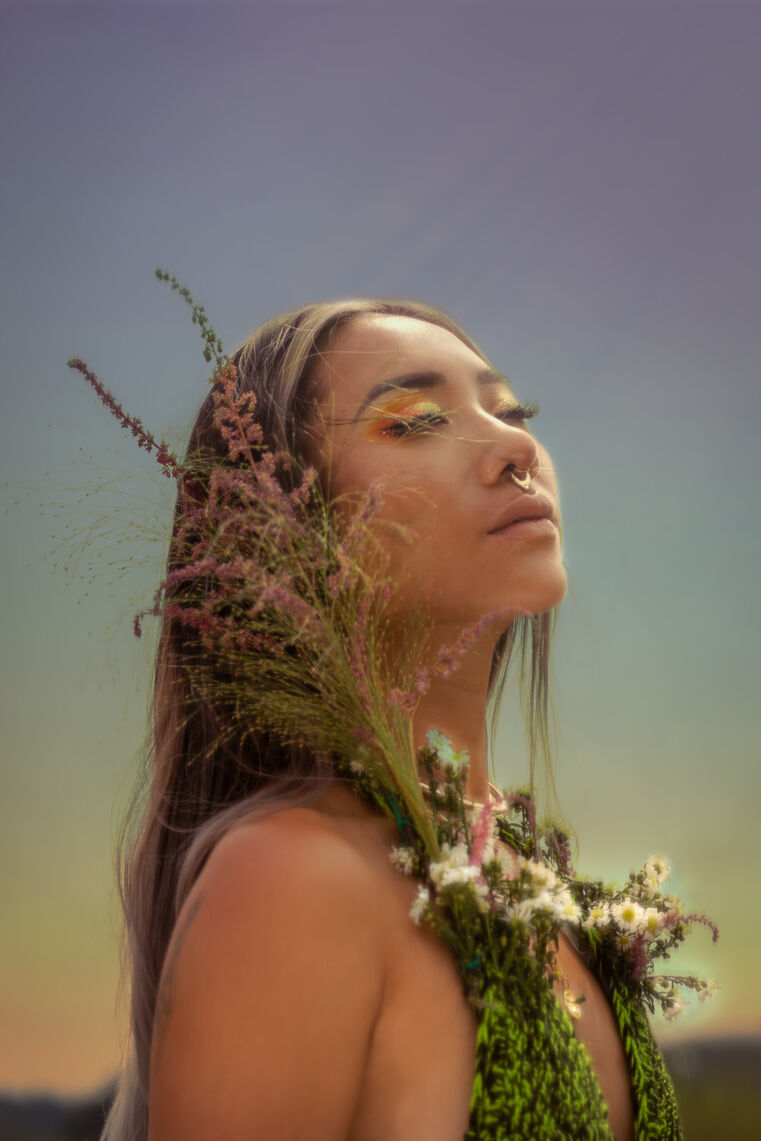 Compared to your past releases which have been strong and empowering with hard-hitting lyrics, you present a more vulnerable and hopeful side of yourself through ‘growing pains’. What was it like for you to make the switch?

I feel like I fall into that category of "looks like could kill you, but is really a cinnamon roll". This is my cinnamon roll song. I’m a really optimistic person by nature and I know I do a lot of crazy things, but most of the time, I’m very scared. I get scared very easily and I’m afraid of a lot of things. I’ve been always challenging myself to do the things that scare me because that’s where the growth is — outside our comfort zones. One of the best quotes I’ve read this year is "if you can’t beat fear, just do it scared." Yeah, it's pretty scary to be vulnerable but I know that if I’m struggling with anxiety, I cannot possibly be alone, and if I can provide something that could possibly help lift someone else’s anxiety too, that’s a pretty easy decision for me.

"It's pretty scary to be vulnerable but I know that if I’m struggling with anxiety, I cannot possibly be alone." 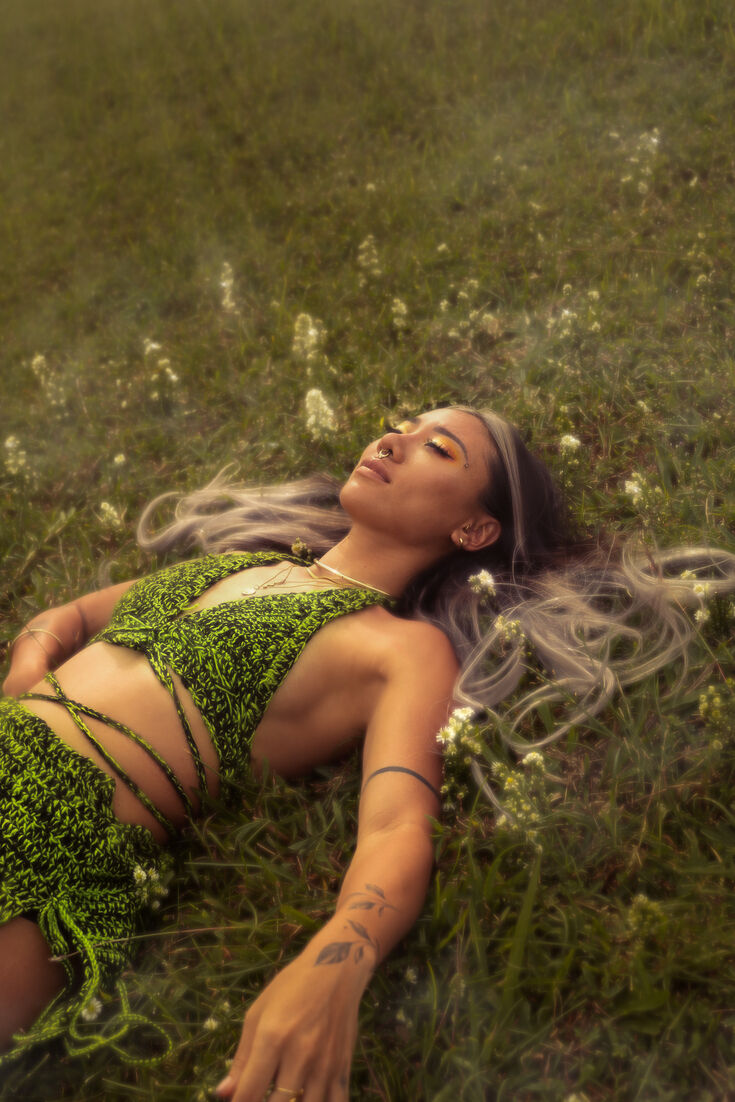 Can we expect more of such personal music from you going forward?

I really love living in the moment, also because I get distracted easily and I get excited about new things way too often. The music that I write always reflects the state I was in. So I can’t promise what the next track would sound like, but I think there’s a lot more of my insides I would love exploring putting outside, if that makes sense haha.

Do you have a favourite line from ‘growing pains’?

TOO MANY. "Everything is just as it should be" is my current mantra. ‘"I’m drowning but alive, cause the flood is in my mind" captures the challenges of mental health to a t. And "I guess you can’t tell cause I carry it well" because a lot of people function really well despite whatever they are going through, but we all have our own battles to fight even if doesn’t look like it, it’s a good reminder that we should treat everyone kindly and with a little more compassion.

"A lot of people function really well despite whatever they are going through, but we all have our own battles to fight even if doesn’t look like it." 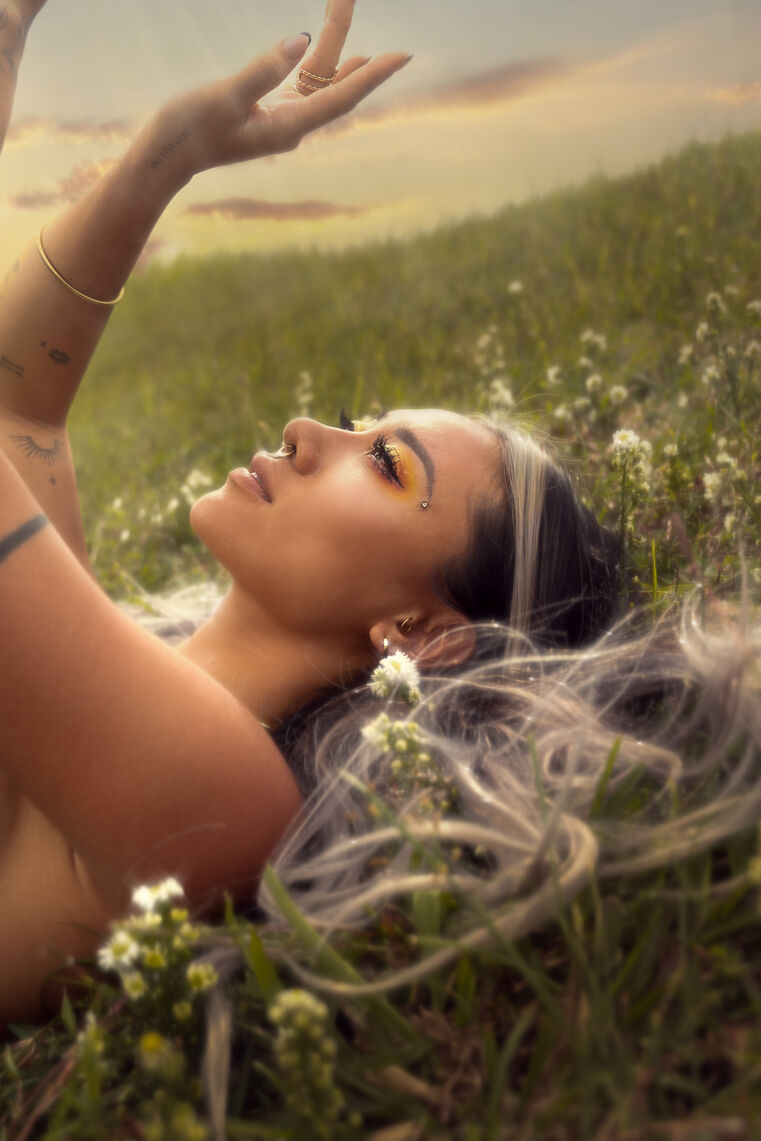 The music video for ‘growing pains’ is described as an illustration of your own personal journey with anxiety. Could you elaborate more about the concept and how it fits with the message of the song?

I’ve been so used to showing drama, the shiny things, the fancy outfits. But that’s not me 95% of the time. So I wanted to show little bit more of the majority of who I am and give you a glimpse into my life as a regular person. The set is basically a recreation of my current room (yes, I tore my room apart just to bring it on set). I wore clothes that I usually wear at home, and clothes that I made with my hands (and a crochet needle)! The concept captures a cycle of my anxiety, putting to screen what goes on in my mind.

"I’ve been so used to showing drama, the shiny things, the fancy outfits. But that’s not me 95% of the time."

Tell us about a scene that you particularly resonate with?

The very real simple struggle of keeping my room tidy, how it feels like I’m stuck in a loop between neat and organised chaos.

This is not the first time that you have co-directed your own music video. How did your past experiences help you with co-directing the music video for ‘growing pains’? Did you face any challenges?

I came up with the concept, co-directed, art directed, was my own stylist and hair and makeup artist. Didn’t sound like a lot in my head but then it really was a lot to handle haha. I loved co-directing with Ted, who was also the DOP (Director of Photography), because we were always on the same page and had such crazy ideas and ridiculous things we wanted to execute, but there was always the fear that we’d gone too far, like "Omg who’s going to stop us?" We shot for I think 18 hours non-stop and there still wasn’t enough time for us to execute everything we wanted so we had to make some tough executive decisions to cut some ideas. But seriously, I have so much love for the whole team for their dedication and passion.

"I feel like I’ve barely scratched the surface as a solo artist but it’s been very cathartic to write about personal things..."

What has your solo music journey been like so far? Could you share with us some of your best moments as a soloist?

I feel like I’ve barely scratched the surface as a solo artist but it’s been very cathartic to write about personal things and I have so much respect for solo artists because that jump from performing as a band to being alone on stage was definitely scary. Internally, I’m still trying to figure out who I am as a solo artist but I’ve grown so much as a person exploring this path as an individual while taking my audience with me on this journey. 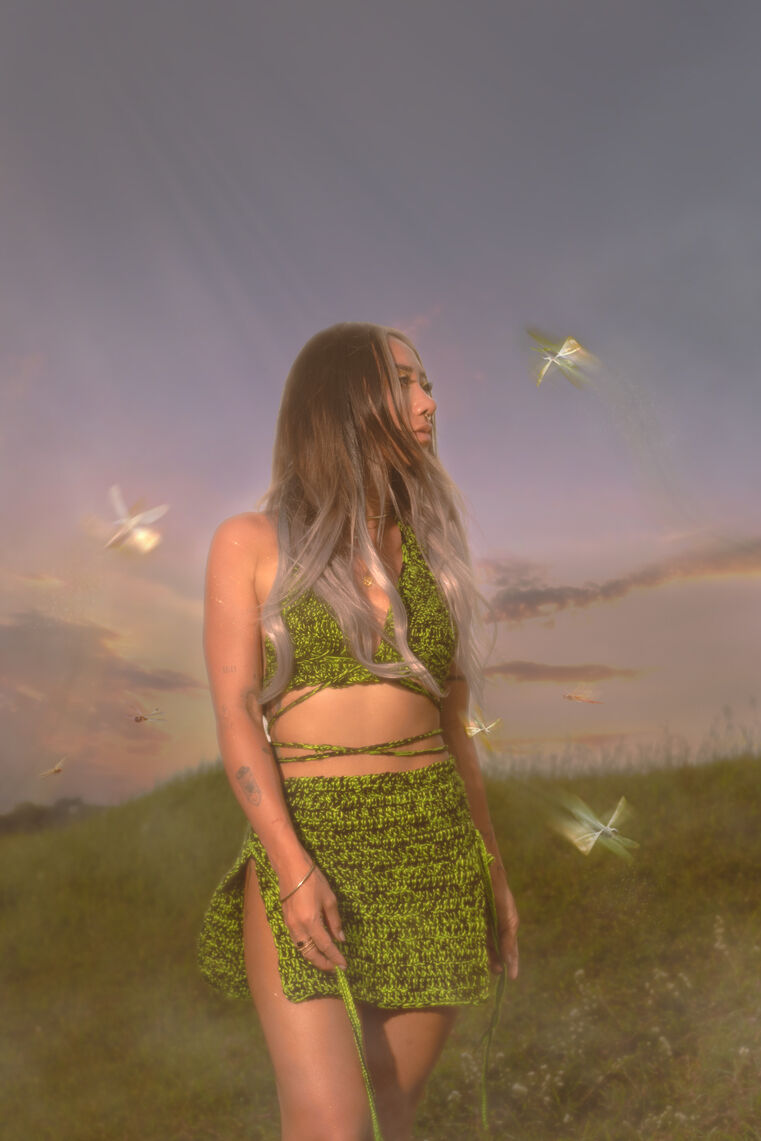 Now that you are in your fourth year of being a soloist, how have you grown as an artist since releasing ‘Burn’ in 2019? Could you tell us about your future aspirations for your music career?

I want to tour! COVID-19 really threw a wrench into my plans but now that we’re at the end of the tunnel, I’m really hoping to be able to put a little tour together and bring my music to an international audience.

What do you want people to think about when they hear the name “RRILEY”?

A complex cinnamon roll with a dazzling exterior and a hearty interior, one that surprises you with new sensations with every bite.