While the shows were previously put on hold due to COVID-19 measures, they will now go ahead with an increased seating capacity. Read on for more details regarding each of the upcoming shows. 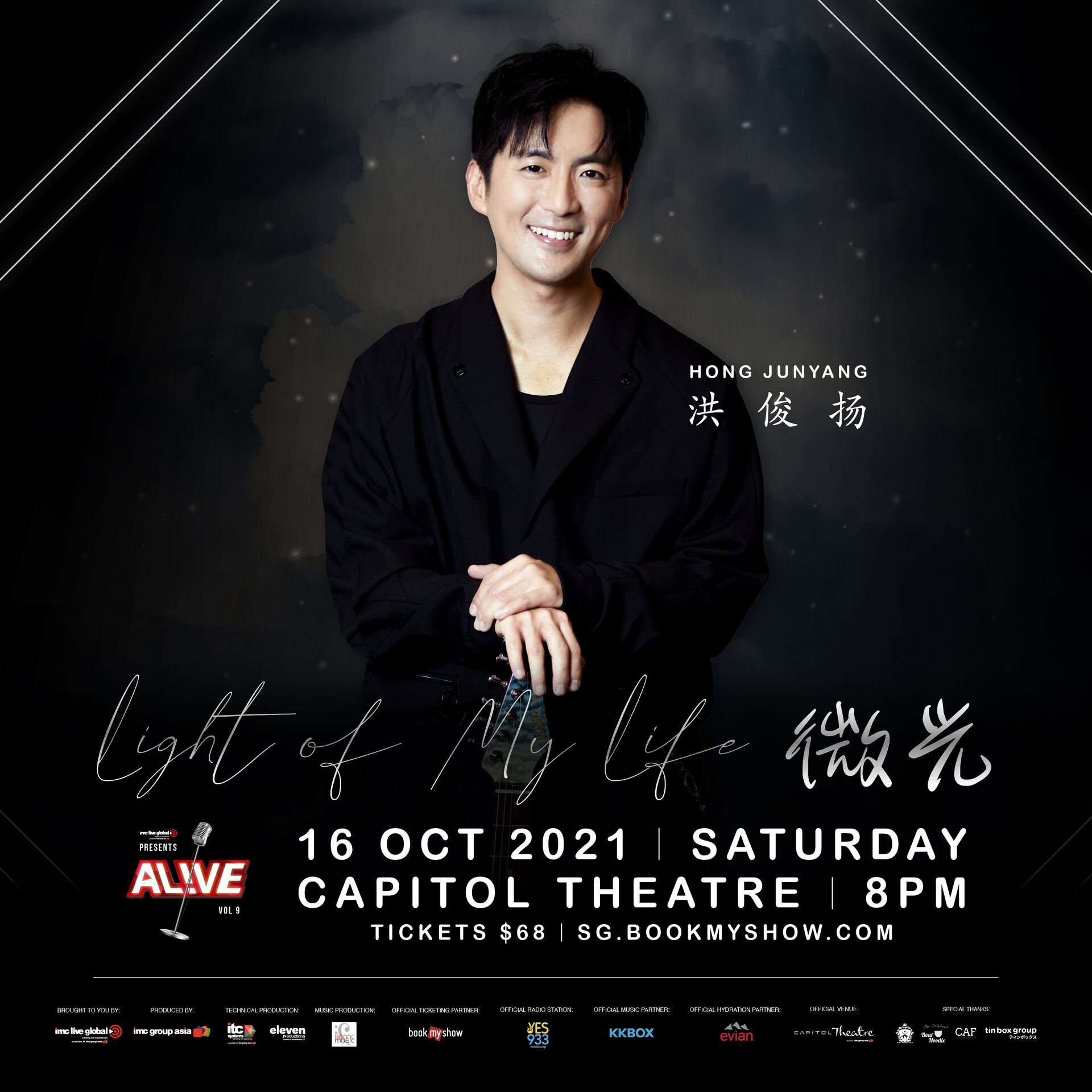 AL!VE VOL 9 will feature singer-songwriter and producer Hong Junyang. The show will take place on 16 October at 8pm, with tickets priced at S$68. Tickets are available here.

The musician made a name for himself in 2005, when he participated in season one of Project SuperStar and was awarded the runner-up title. In 2006, he released his debut album titled 独角兽. Since then, he's also worked on songs for different soundtracks and also produced songs for artists such as 阿杜 (A-do) and BY2.

Hong will be performing his latest single '微光' as well as his other original tracks for a compelling show centered on the topic of optimism. 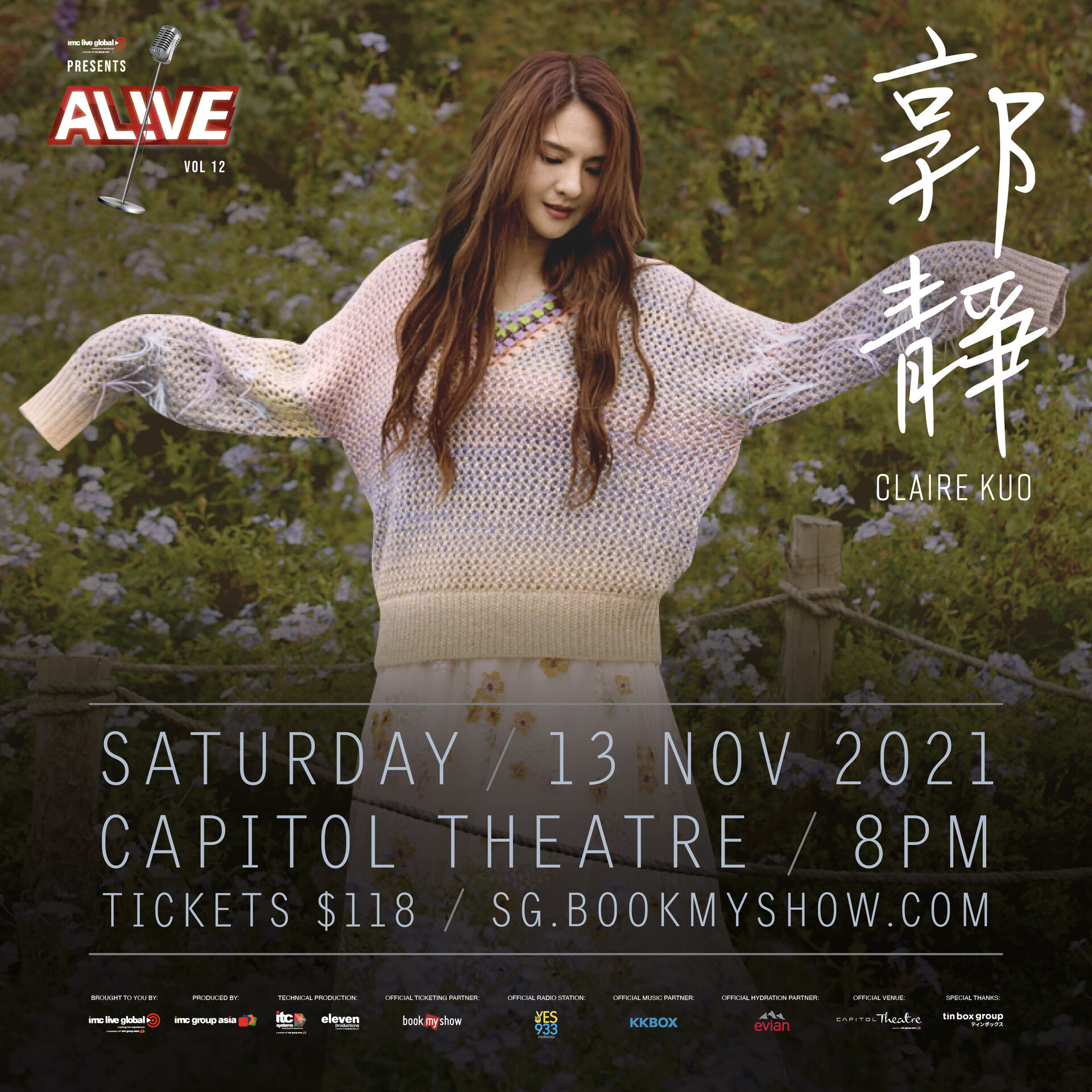 Claire Kuo is finally making her return to Singapore after her last show years ago. Previously slated to take place on 4 September, AL!VE VOL 12 featuring Kuo will now be held on 13 November at 8pm. Tickets are priced at S$118 and are available here.

The singer made her debut in 2007 with her album I Don’t Want to Forget You, before going on to clinch numerous awards for 'Best Newcomer'. Apart from her eight solo albums, she is also known for her songs featured on popular series and film soundtracks including Unstoppable, Fighting Youth and Love The Way You Are.

After her recent online concert 遇见郭静, Kuo is ready to take the stage in front of a live audience once again. 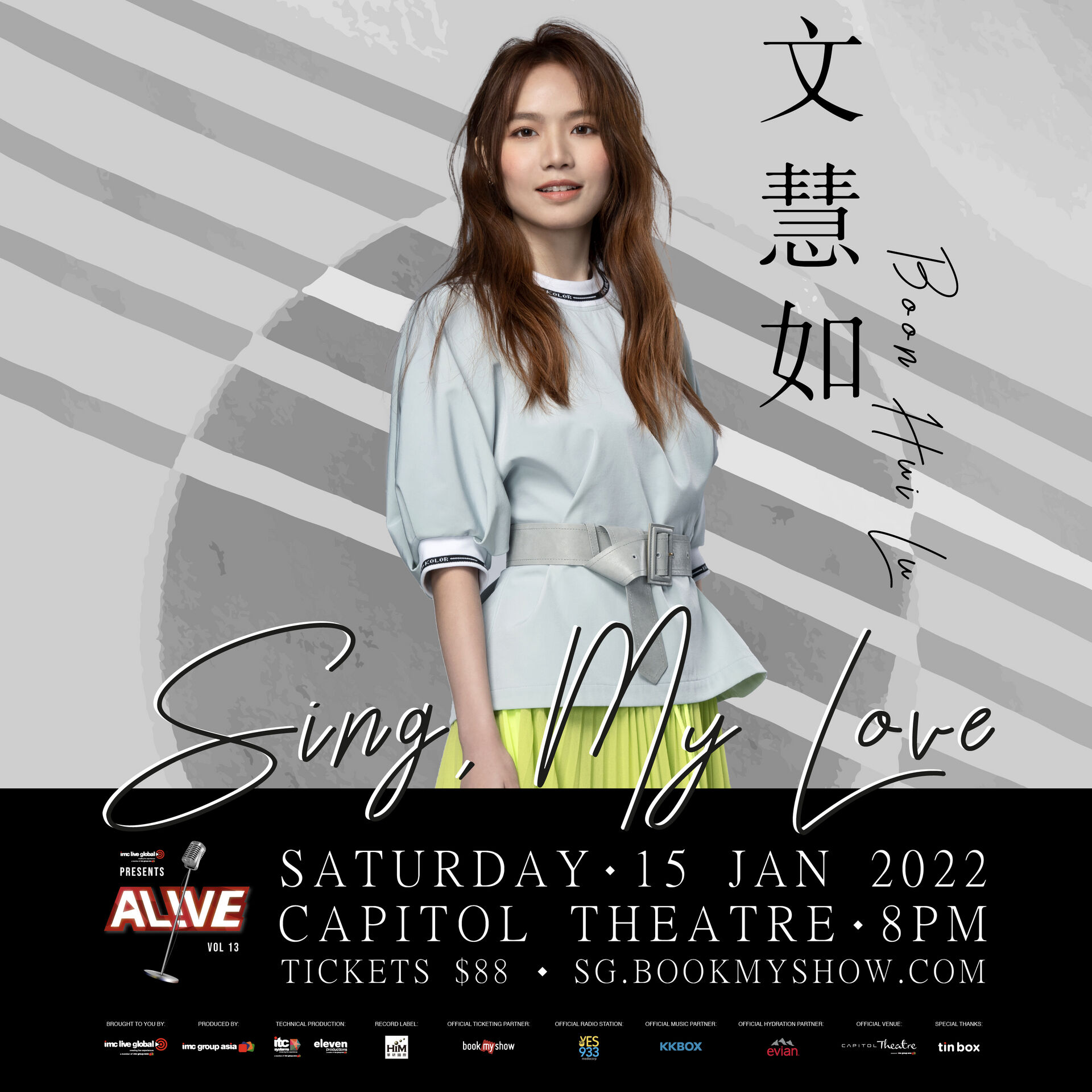 Before she pursued a career in singing, Boon was better known as an actress. She then decided to take part in music competitions, where she was crowned the winner for a few of them. Her YouTube cover of 'Stranger in the North' also served to propel her success as it garnered more than 50 million views online.

Look forward to an evening of performances of Boon's original songs, including tracks from her 2019 debut album Honestly Me (亲爱的你__怎样的我).