Like many frontline workers, doctors face hectic work schedules, leaving them with very little time to pursue passion projects. In today’s confusing and frantic time, it’s relatively unheard of for a doctor to pursue his lifelong ambition of becoming a musician. However, an upcoming 26-year-old folk-pop singer-songwriter is looking to change that narrative.

Shonn, whose real name is Shaun Tan, is an upcoming folk-pop singer-songwriter who’s just released his debut single from his upcoming EP Solace. Titled ‘Worth the wait’, the single was released last Friday (25/06).

Written by Shonn and produced by Jeremy Chua, the ballad details the story and emotions of falling in love with a partner whom the protagonist has waited for their whole life.

Shonn is currently a junior doctor working at the frontlines of the Emergency Department at National University Hospital (NUH). A project that’s many years in the making, several tracks on the EP were written as far back as ten years ago, with the medical professional producing and recording after hectic work hours.

The five-track EP contains reflections of his life experiences, personal challenges, and the uncertainties of romantic relationships. Embodying themes of the personal, the emotional, and catharsis, he’s about to make his long-awaited debut onto our shores.

Along with the single release, its accompanying music video features scenes of Shonn and his on-screen partner forging romantic memories, interlaced with shots of him in the lush greens of the forested Coney Island as the backdrop.

We spoke with the singer-songwriter on his journey leading up to the single release, the inspirations and themes behind the upcoming Solace, and his duality as a healthcare professional and an artist.

Congratulations on the release of ‘Worth the wait’, as well as your upcoming EP Solace. How long has this been in the making?

Thank you! I’ve actually been working on ‘Worth the wait’ for about 4 years now! I first got the inspiration for the song in 2017, and have been fine-tuning the lyrics and music up until last year. The last few months have solely been focused on arranging, recording and producing the song. As for the other songs in my upcoming EP Solace, some were written as far back as 10 years ago. I’m currently in the midst of producing them!

Could you share with us the life experiences that inspired you to write this song?

I feel that all of us are waiting for that special someone that we can journey with and share in a romantic relationship with. For me, I had waited several years before I found someone with whom I was compatible and could get along really well. As the bridge of the song goes, I felt that of all of the girls out there, she was the one who was worth the wait.

Tell us more about the overall inspiration and meaning behind your EP Solace. Is there a larger theme at play here?

Music and songwriting have served as a source of hope and comfort in some of the darkest times in my life. The writing process has helped me express emotions that I find difficult to otherwise express. Especially in tough times, I feel that it’s harmful to keep negative emotions bottled up as it can lead to a downward spiral. In this way, music has served to bring me much solace and I believe that music has the power to bring such hope or comfort to others as well.

Out of the five songs in the project, which track would you pin as your favourite, and which track was the hardest to record emotionally? Tell us why.

Wow, it’s really difficult to pick a favourite! I would say melodically ‘Worth the wait’ would be my favourite but lyrically a song titled ‘See the light’ would be my pick. Similarly, ‘See the light’ was the most emotional to record as it was written during a time when I was going through a phase of internal conflict between my own beliefs and way of life. 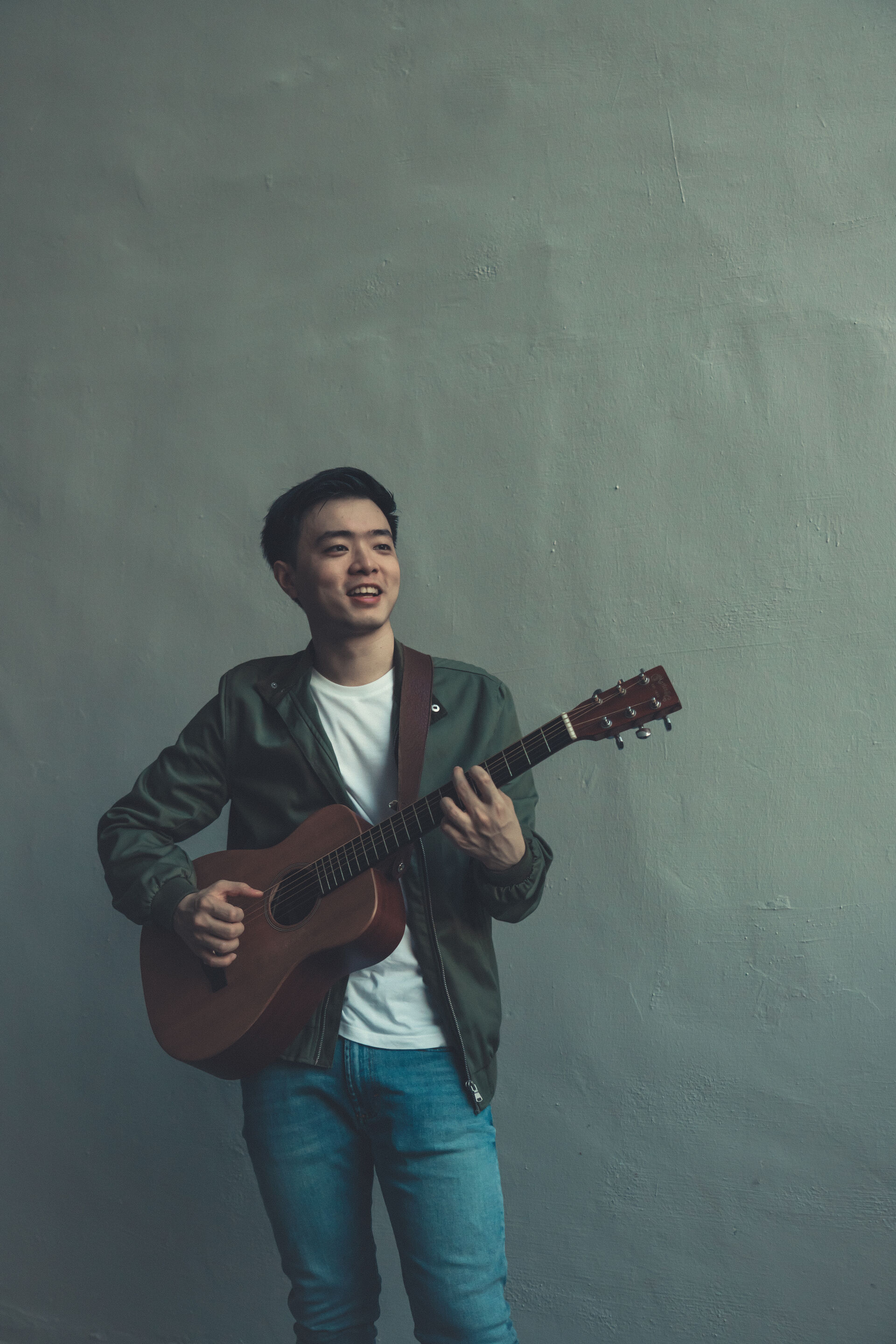 Let’s move on to your role as a frontline worker as well. How did you find time to balance between your work as a doctor and being a musician? Were there any considerations or fears because of this duality that initially held you back from pursuing music?

It’s not been easy trying to balance between my professional work as a doctor and being a musician. The working hours of a junior doctor like myself are long and I’ve had to make full use of whatever free time I had after work to pursue music. This has led me to release music with a longer timeline than I would have hoped for. Before this, I had considered whether pursuing music would leave me behind my peers in terms of the progression of my medical career. The medical field is very competitive and doctors are constantly vying for places to undergo specialist training. However, I decided to go ahead to pursue music as I knew I would regret not doing so in the future.

Has your work in the medical profession influenced your songwriting? Why, or why not?

Yes, I am able to draw inspiration from my experiences in the medical profession into my songwriting. While working amid the ongoing pandemic, I have seen the fatigue it can bring to both healthcare professionals, as well as patients and their families. This had inspired me to write a song recently about holding onto hope during these times.

What were the reactions of your family, loved ones, and friends when they found out you wanted to embark as a musician alongside medicine, and how important is their support to you as you’re striving for excellence in both?

My family and friends have always been very supportive of my endeavours. My parents in particular have never pressured me to do medicine as a career, and they were welcoming to the idea of me wanting to do music on the side. When I spoke to fellow doctors about my aspirations, they were supportive of the idea and encouraged me to not let medicine be the only thing that encompasses my life.

My close friends and family knew I wanted to do this for a long time. Thus when I first released my music they were very happy for me that I was finally able to do so. Other friends were pleasantly surprised that I managed to find the time to do this while working as a doctor. This support from my loved ones would definitely help spur me on towards striving for excellence in both of these fields. 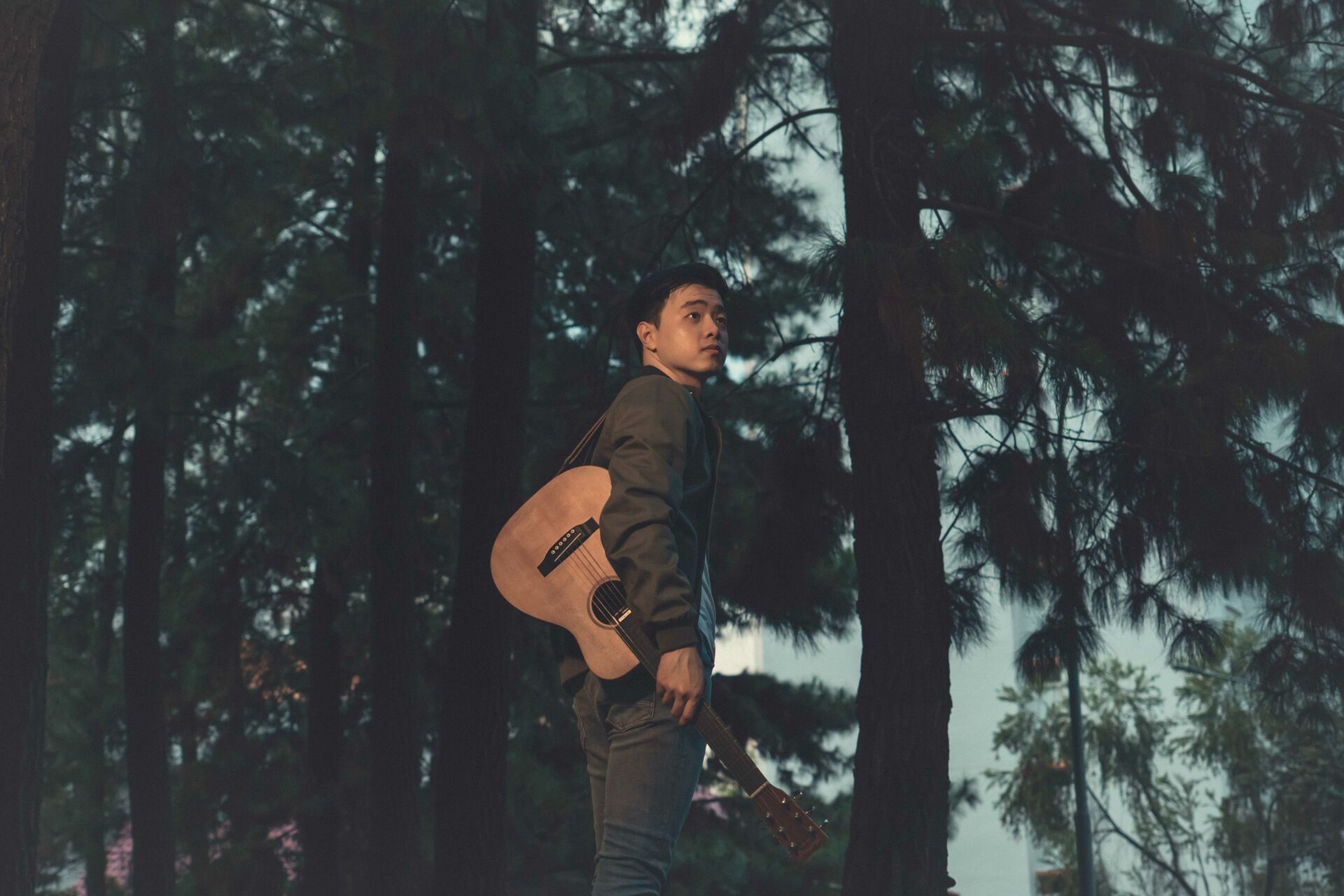 What do you hope people would take away when they listen to your music?

The songs in my upcoming EP all have varying themes and messages. I hope the songs will be relatable to people. Just like how my songs serve as a way of expressing my emotions, I hope these songs can allow others to express their emotions as well. And by doing so, bring them solace and comfort!

Shonn's 'Worth the wait' is available on major streaming platforms. Listen to the single below and leave your review on Hear65.