Mark your calendars because a live concert from Linying is on the way.

The lauded Singaporean singer-songwriter has announced that she will be taking the stage at the Esplanade Concert Hall on 23 September 2022 for a one-night only event.

Named "There's Still Time", it will be the 'Self Control' artist's first-ever headline show in Singapore. It will also feature local producer Sun Cell (also known as Daryl Hor) — who has made a name for himself with his synth-driven new wave, post-punk-influenced alternative music — as its opening act.

Part of Esplanade — Theatres on the Bay's Mosaic Music Series, the show will see Linying present live renditions of tracks from her 2022 debut album There Could Be Wreckage Here, which made NPR's list of top albums in the week it was released. She will also showcase new material from her highly anticipated new album.

"I’m really just grateful and buzzing to stage a full show in my home country for the first time in my life, to be honest, and in a venue that means a lot to me and so many musicians in Singapore," shared Linying, who is also known for co-writing and performing the NDP 2021 theme song, 'The Road Ahead'.

She continued: “I only feel so fulfilled being a musician because people connect with these songs, and I think there’s something special about playing to a room of people who have assigned so many different meanings and memories to the same few minutes of music. I’m excited to do all that, play a lot of new songs and preview some of the new album I’ve been working really hard on for the past year. It’s also an opportunity to share a stage with some of my favourite musicians and artists who continue to raise the bar for music coming out of Singapore." 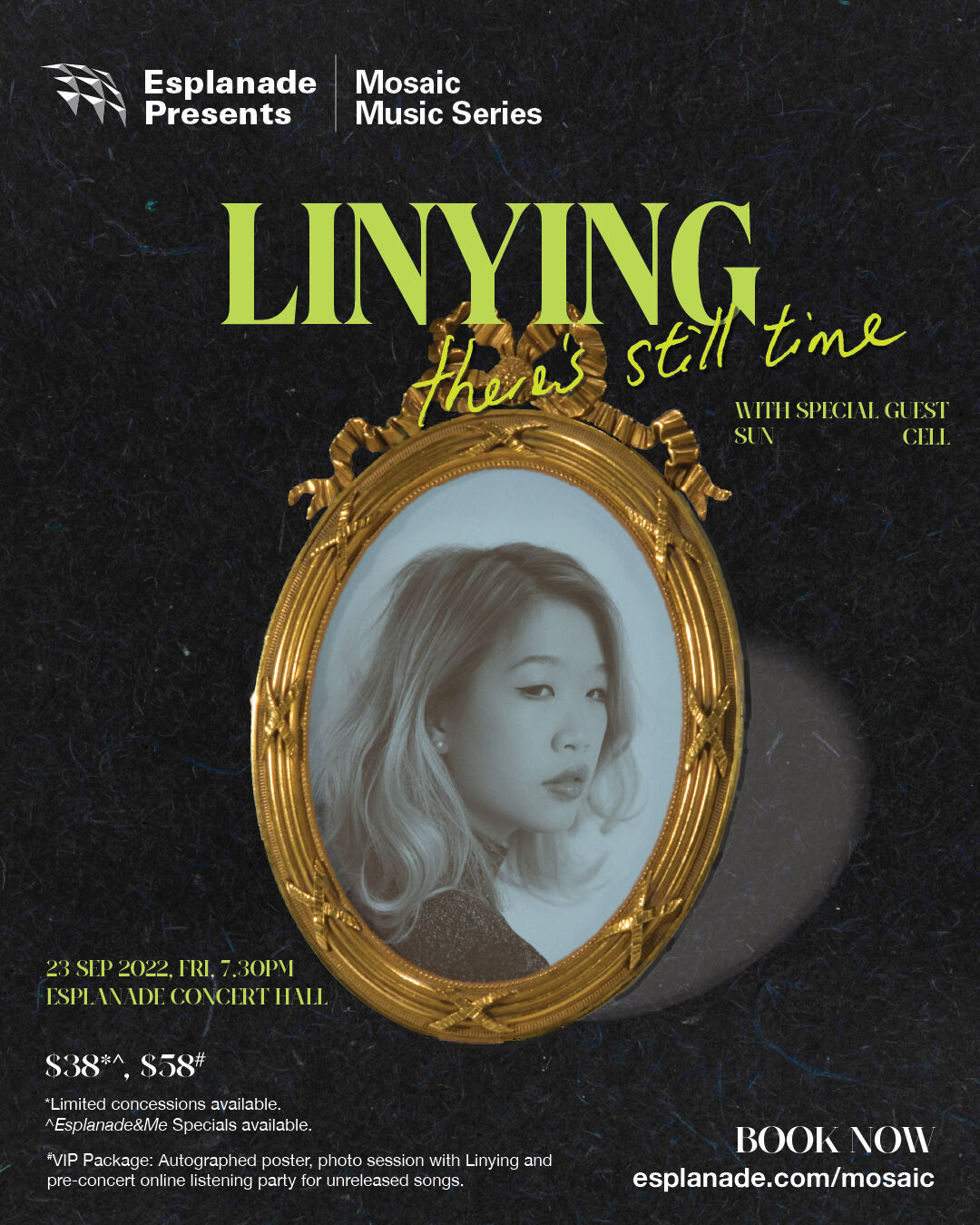 Standard tickets are priced at S$38 while the VIP package, which comes with an autographed poster, a photo opportunity with Linying, and access to an exclusive online listening party featuring unreleased songs, is priced at S$58. Both can be purchased via Esplanade — Theatres by the Bay's website as well as SISTIC's booking site and hotline from 9AM on 20 July.

Stream There Could Be Wreckage Here here: