“The show is about to start, please move nearer to the stage,” the announcer declared. The audience gathered as one crowd for an exhilarating two hours that would showcase three rising talents from Singapore – Matilde G, Feez. and AE$OP CA$H. The Triple Threat show took place on 4 June at the *SCAPE The Ground Theatre, organised by Zendyll Music Agency, The Kennel AB, and HVT Entertainment.

The audience cheered excitedly as Matilde G, the first star of the night, took her place on stage. Matilde G impressed the crowd as she began her part of the show with a rendition of the anthemic Lady Gaga track, ‘Bad Romance’. Her powerful vocals filled the arena and jazzed up the performance with a little bit of choreography and backup dancers. 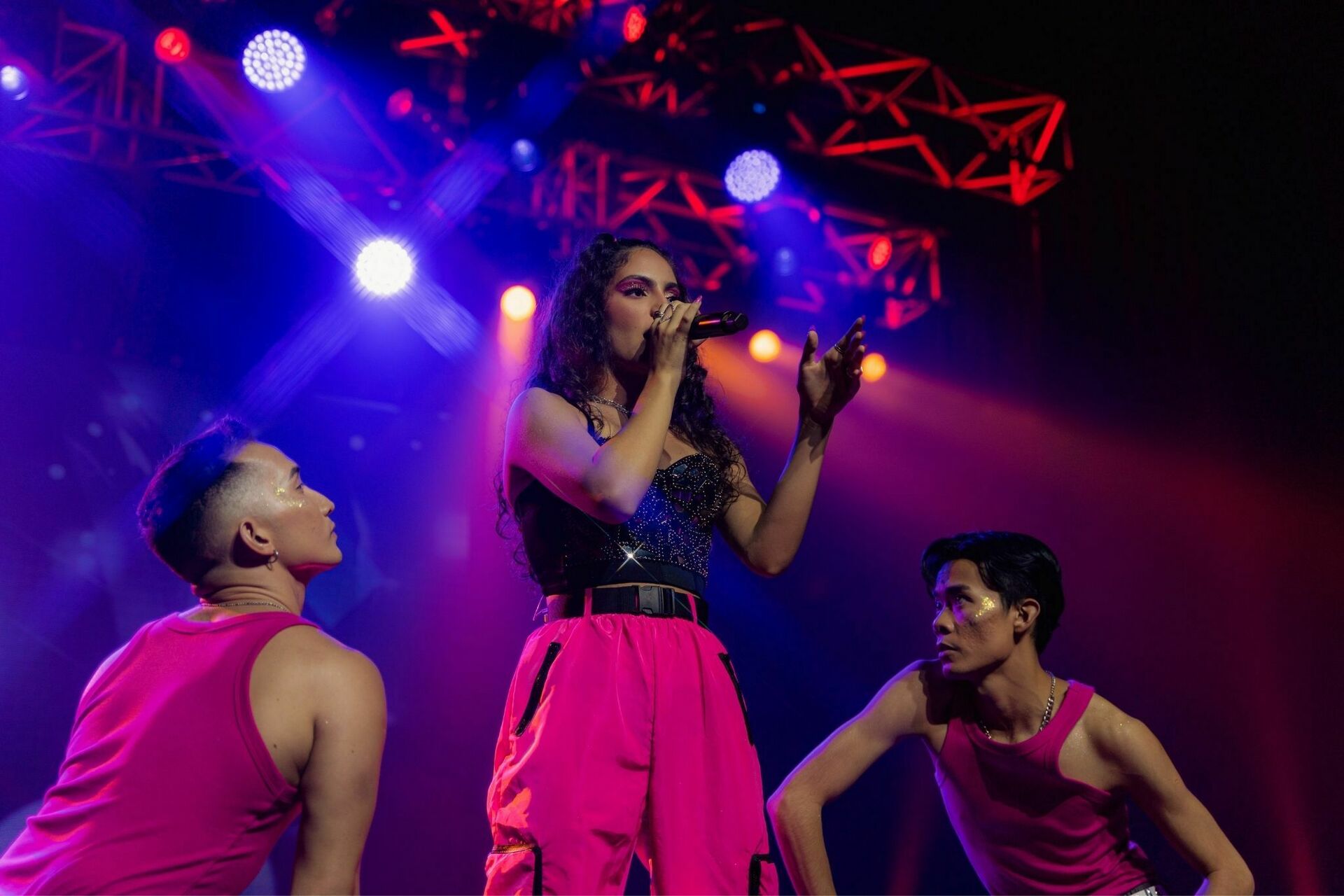 Matilde G continued the night by interspersing covers and originals. The audience sang along enthusiastically to hits like Dua Lipa's ‘Physical’ and Rihanna's ‘Only Girl’, while the dancers added zest with unique choreography for each piece, bringing out the emotions of each track. Nevertheless, the highlight of Matilde G’s act was her original songs, which proved her to be a star to look out for. The screens lit up with the official music videos, as she performed the hits her fans came to watch, such as ‘Milk and Honey’, ‘Cup of Tea’, ‘Doorbell’, and the newest addition to her varied discography, ‘Digging for Diamonds’. The diversity of styles her vocals could pull off with ease and the authenticity in her songwriting were on full display as she brought these tracks to the live stage and turned newcomers into fans eager to check out her future releases. If you’re looking for a local pop singer with vocal range and star power, Matilde G’s the one. 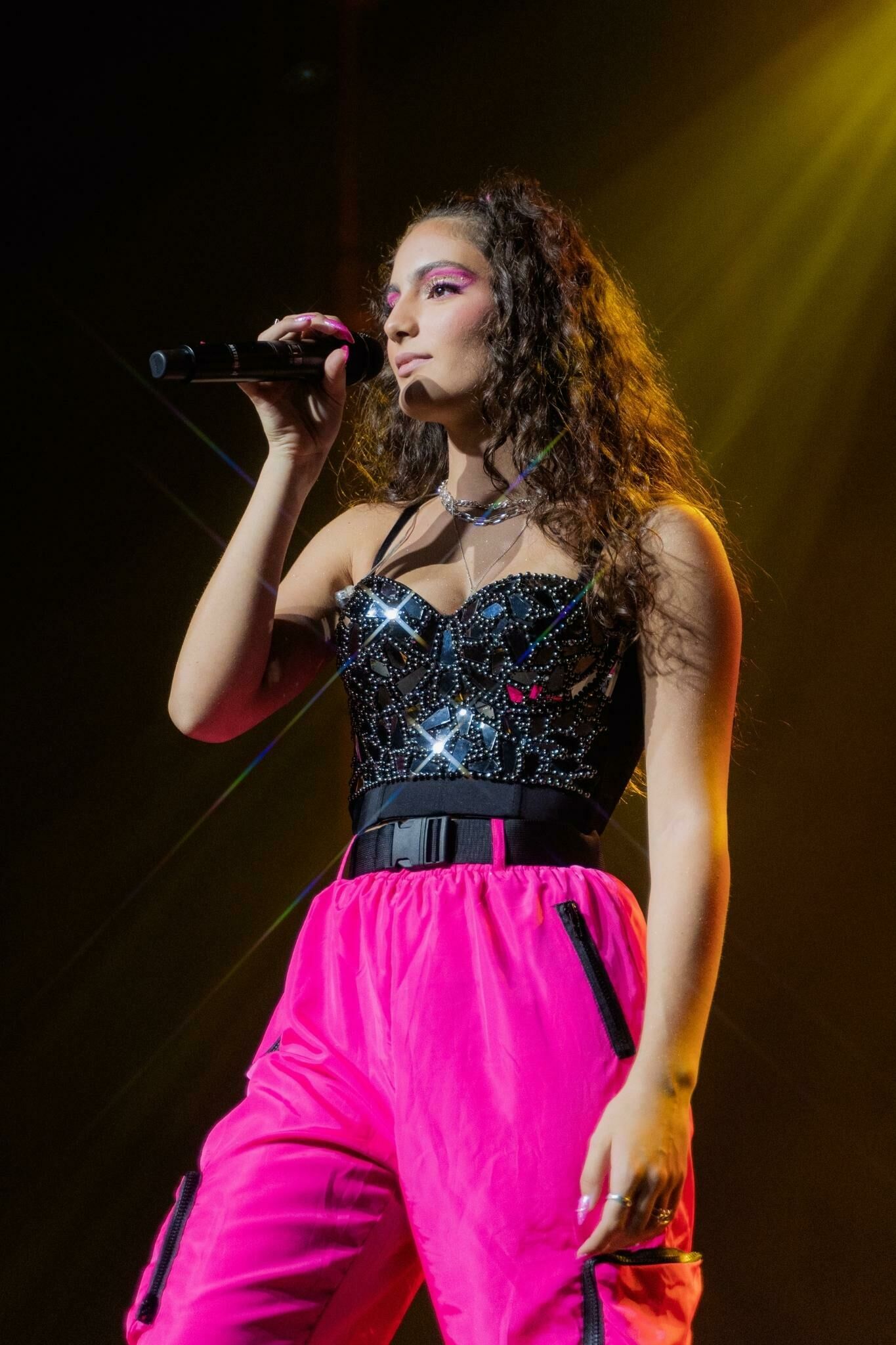 With Matilde G having provided a wonderful start to the show, the crowd was ready for more. Enthusiastic chants of the next act’s name began. “Feez. Feez. Feez.” DJ Hanif’s impressive turntable scratching signalled the start of the act and upped the eagerness of the crowd, and the crowd’s roar grew. Finally, the star came out of the darkness to bless his fans, and he didn’t come alone. Feez. brought along with him the STNY Brothers, and together they took the stage by storm. Feez. displayed his original tracks that spanned across the realms of dancehall, sultry R&B and pop, as he crossed the boundaries between the genres seamlessly with his smooth vocals and catchy hooks. 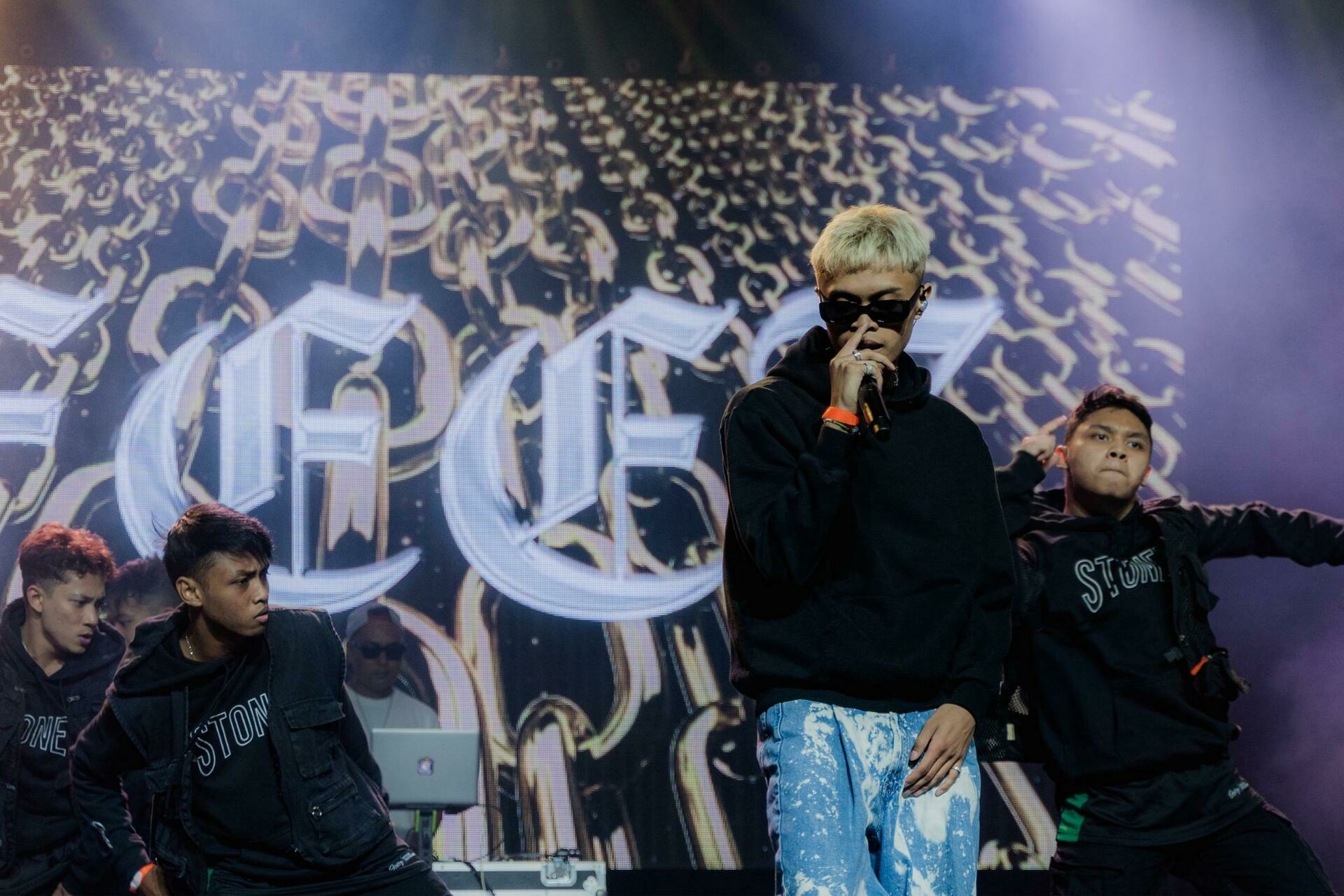 Feez. and the STNY Brothers covered every inch of the stage, enchanting the crowd with their dance moves, and even freestyle hip-hop dance battles. Highlights of his act included the surprise cover of The Kid Laroi and Justin Beiber’s massive hit ‘Stay’ and teaching the crowd the hook to his unreleased original Malay song. The irresistible hook was sung in chorus by the audience as Feez. performed it, solidifying the track as an earworm to be excited for. Throughout their act, Feez. and the STNY Brothers showcased incredible chemistry in their performance. Feez. asserted himself as a rising bilingual star and an undeniable performer. Feez. wears his influences of global R&B and pop acts on his sleeves, while also showing outstanding promise. He continually leaves us wanting more of his unique spin on the sound. 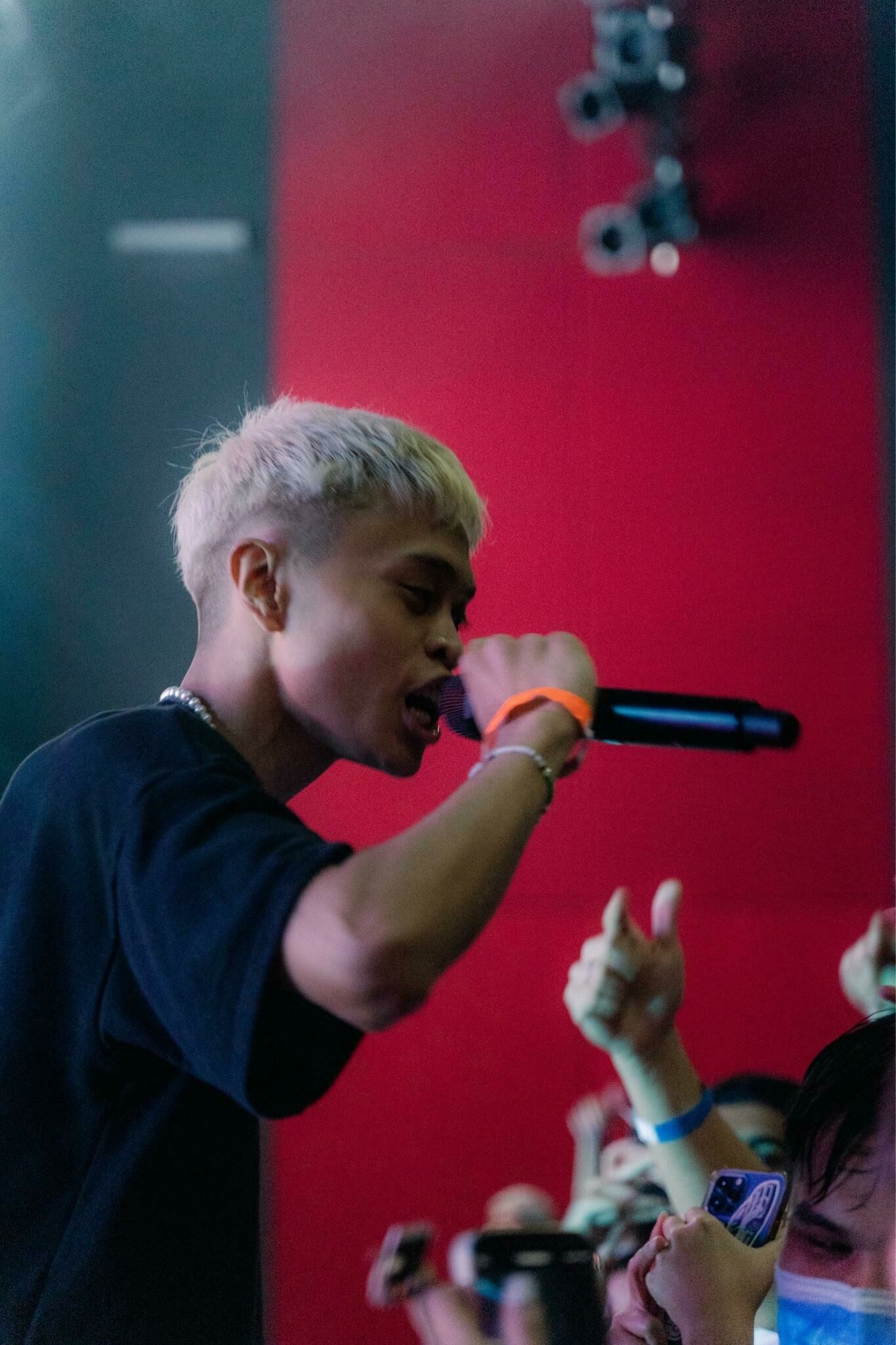 Before Feez. left, he bid goodbye to his crew of dancers and welcomed the next owner of the night, AE$OP CA$H up on stage to join him. The rapper-singer duo exchanged frantic flows and melodic hooks over a psychedelic trap beat with booming 808s. This collaborative performance marked the end of Feez.’s night, and Feez. made way for AE$OP CA$H to take centre stage. 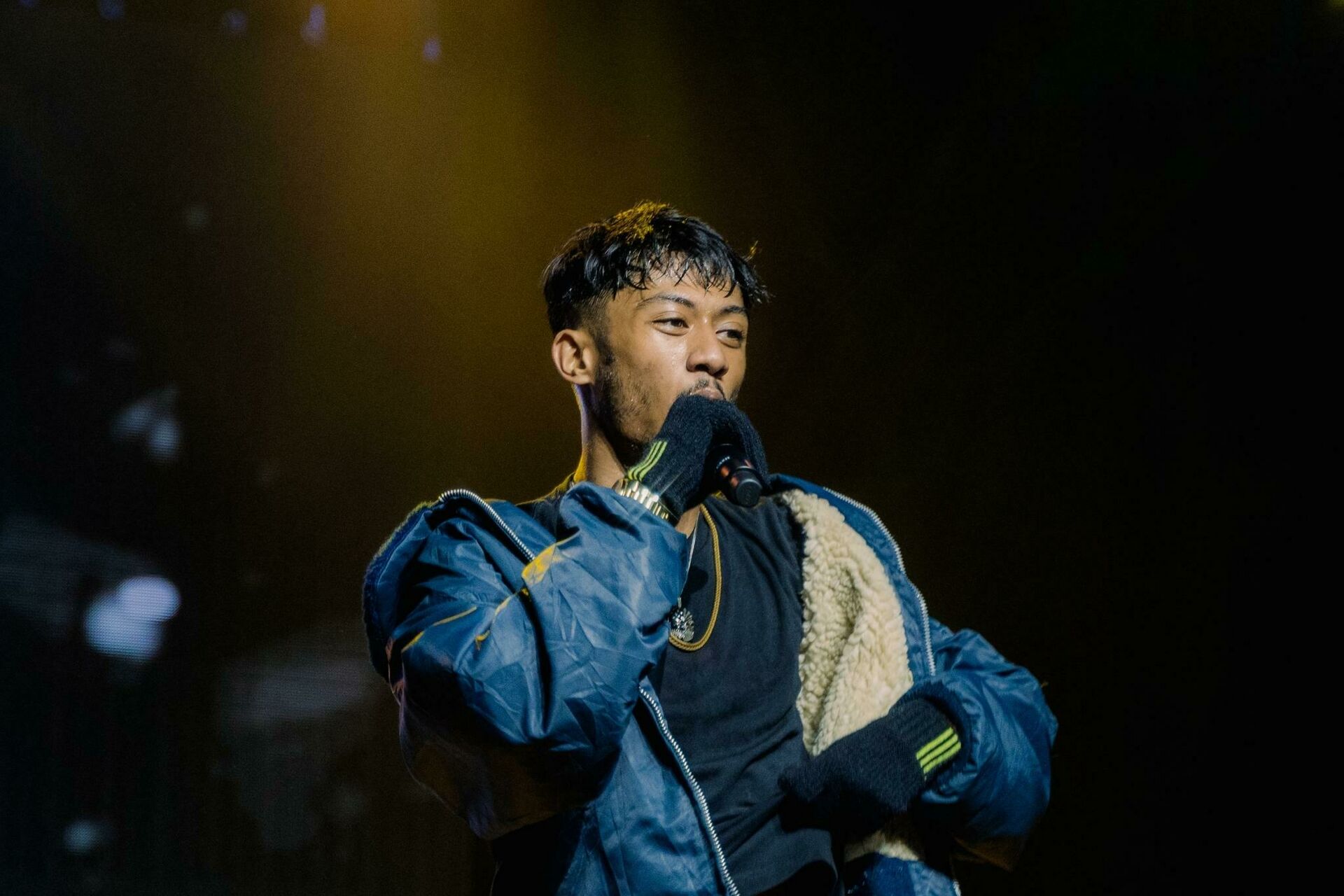 AE$OP CA$H turned the energy up to eleven immediately, with crowd-pulling shouts as he pulled out hits from his discography, and showcased invigorating energy as he effortlessly switched between rapping in Malay and English. AE$OP CA$H was soon joined by the new rap group ST47IC, to provide an afterparty for the books. With ST47IC by AE$OP CASH’s side, the head-banging grew and the performers’ unity reminded the audience of iconic rap collectives. An amazing switch-up in this leg of the performance was AE$OP CA$H’s remix of the Baby Keem and Kendrick Lamar's new classic ‘Family Ties’. The horns blazed, AE$OP CA$H delivered frantic lyrics and his ST47IC hypemen added the perfect adlibs. In the final lap of the show, the diverse rap group Unknown Radicals joined the AE$OP CA$H and ST47IC. The energy limits were broken during these final songs. Nevertheless, AE$OP CA$H took the time to stop the show and remind the crowd to be safe while they have fun, winning the respect of fans in the process. In their final performance for the night, ST47IC, Unknown Radicals, and AE$OP CA$H showcased that there is strength in numbers and took pride in their unity. 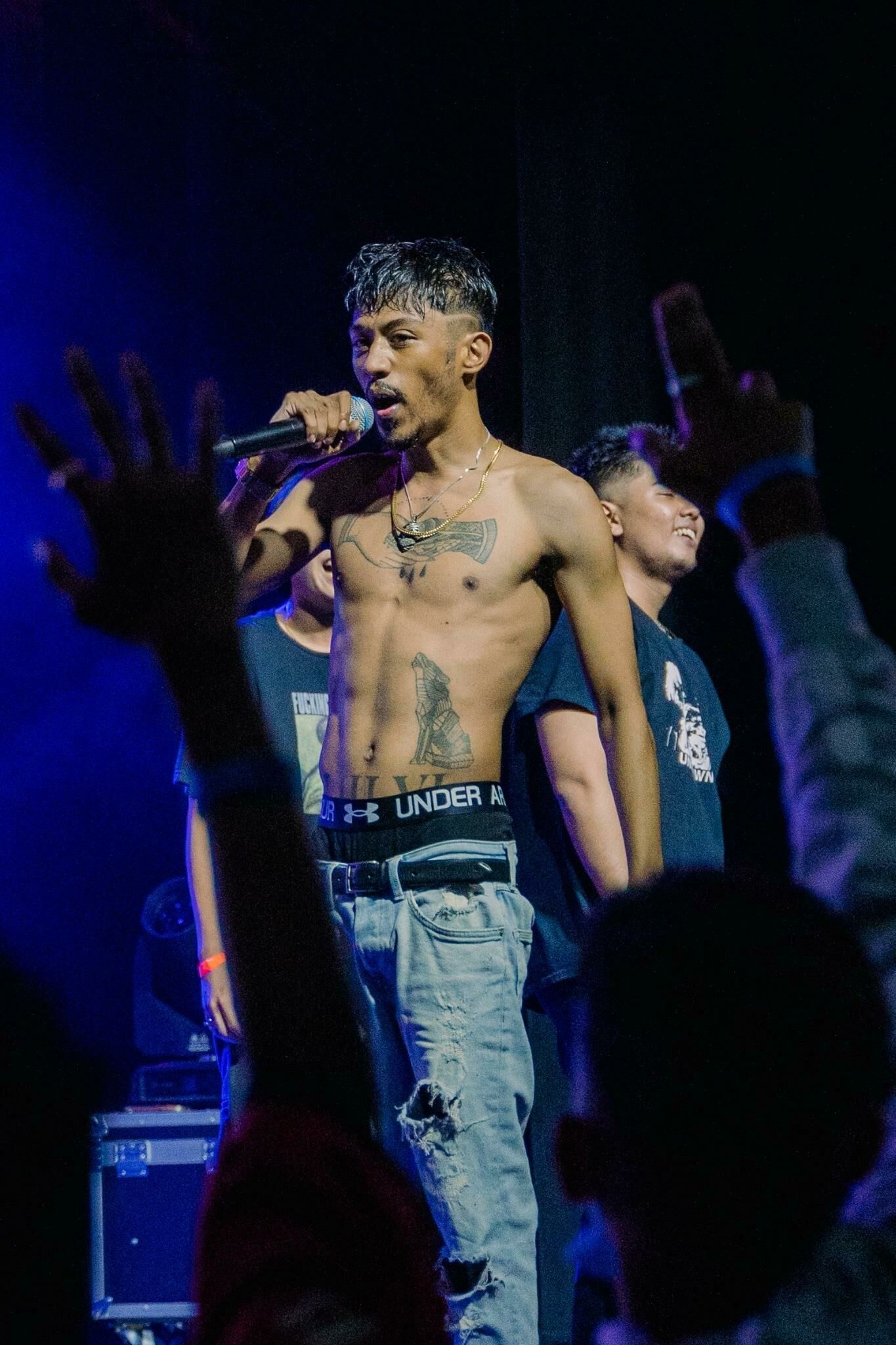 And with that, the Triple Threat show came to an end. The promise of getting to witness Singapore’s rising talents had been delivered, and the audience left with eager anticipation for the future of the performers and our local music scene.