Mark your calendars for 27 November because Subculture Live is set to return this year with a virtual live stream event featuring an eclectic mix of Southeast Asian acts from Indonesia, Malaysia and Singapore. 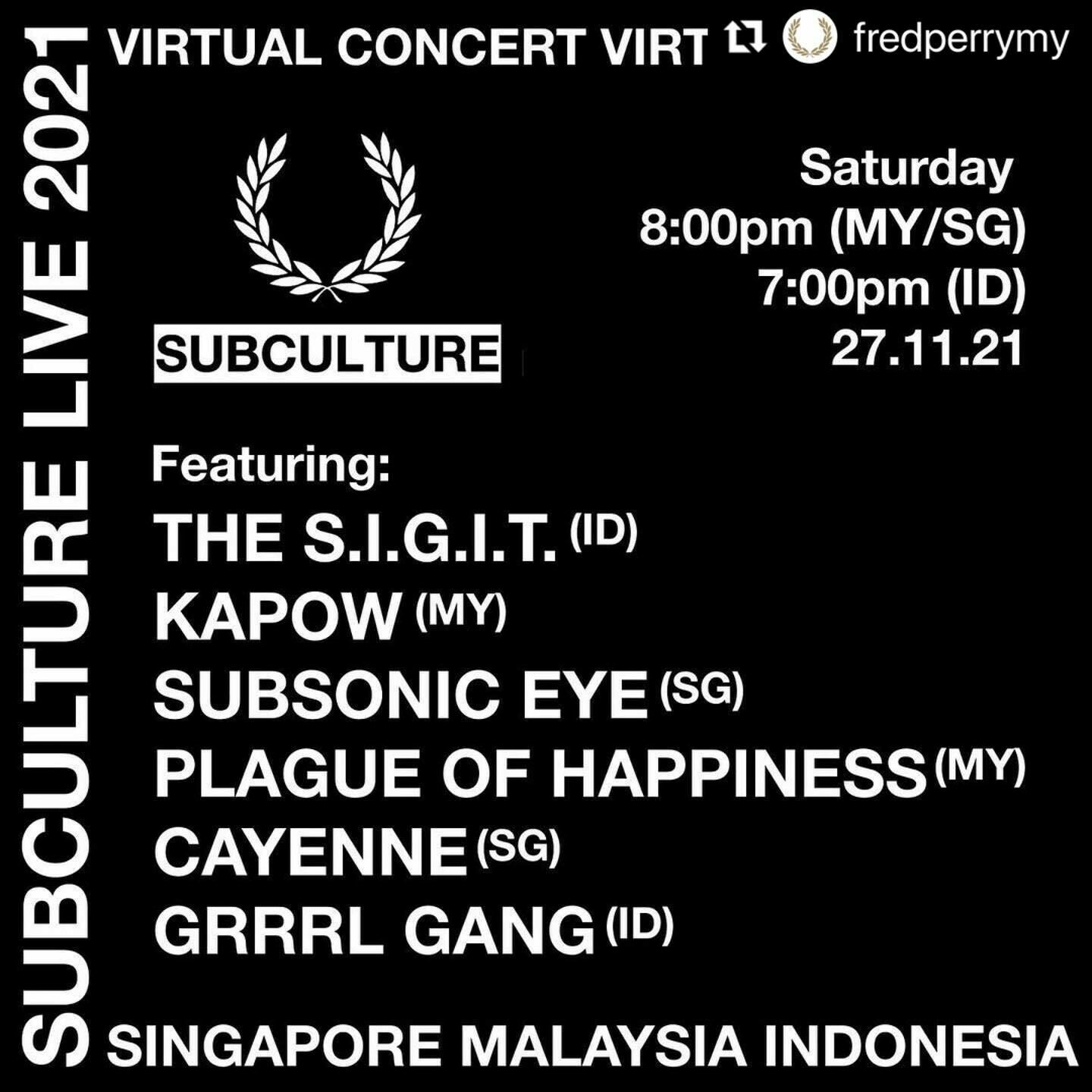 Subsonic Eye is most definitely a band to watch as they've recently performed on KEXP, cementing them as the very first Southeast Asian band to be featured on the alt-rock radio station from Seattle. Read more about it here.

If you're into dream pop, be sure to check out the band's most recent two-track EP 'Dijangka/Matahari.'

While you're at it, you might also want to give Celine Autumn's solo project Cayenne a listen. Her latest self-titled EP is available for streaming on Spotify as well.

Head over to Fred Perry Singapore’s official Facebook page at 8 pm on 27 November to catch the live stream.

And, if you’re wondering where you can get tickets for the upcoming digital gig, fret not because the show is entirely free to watch.