The popular TGIF Music Station: SCCC X YES 933 concert will be returning this August with a star-studded performance lineup.

A collaboration between the Singapore Chinese Cultural Centre (SCCC) and Mandarin radio station YES 933, the upcoming edition of the monthly event will be held live at SCCC's Ho Bee Concourse from 8pm onwards on 19 August 2022.

The concert which will take on the theme,"Getai Night <881> 15th Anniversary", will celebrate the 15th anniversary of Royston Tan's musical-comedy-drama film, 881. 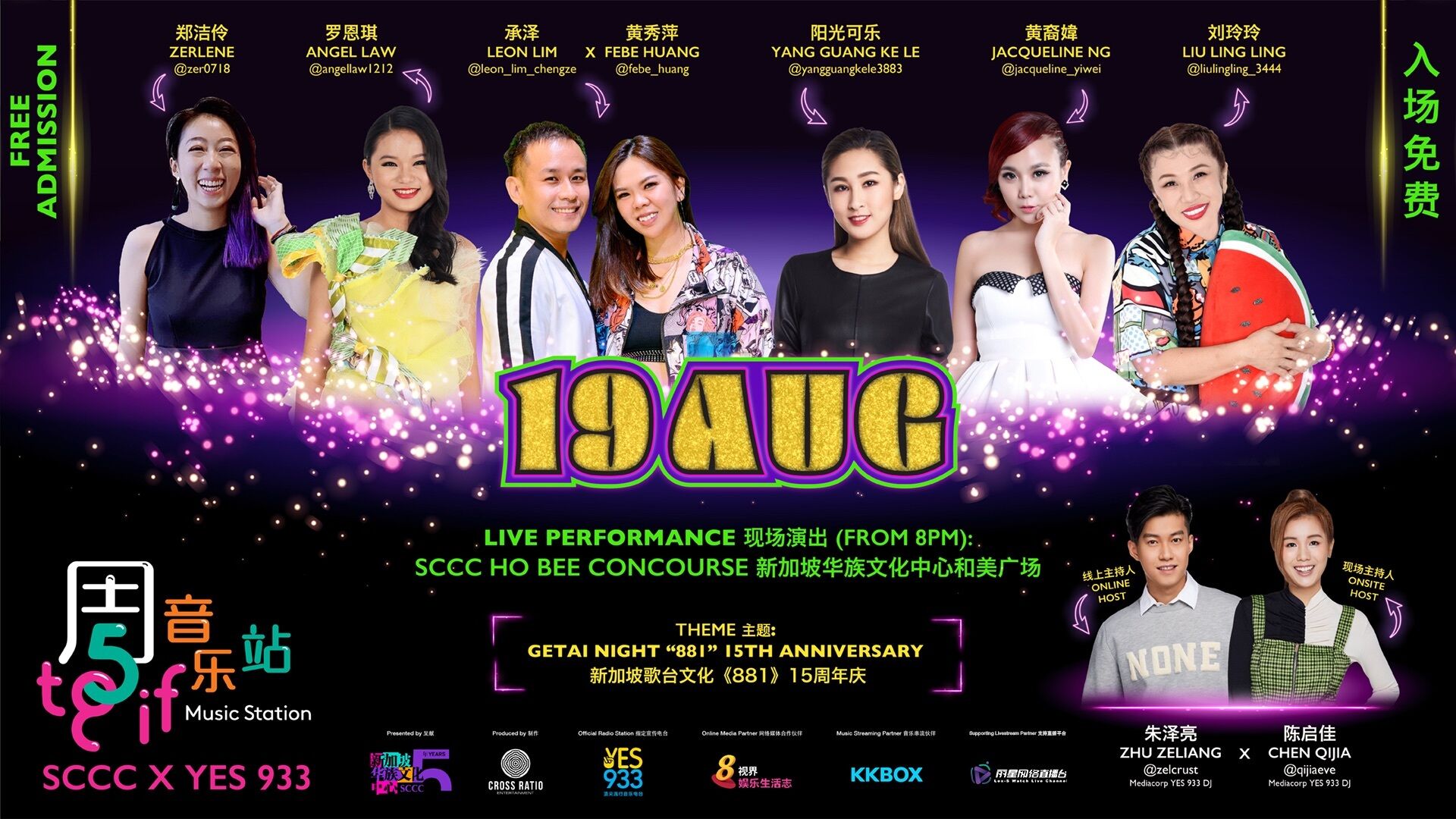 The free concert will also be streamed live from 8:30pm onwards via SCCC's TikTok channel and Facebook page.