In a post uploaded on the singer's Instagram page, Tay described the proposal as a "dream" where she claimed she was "so focused on the show [she] didn't suspect a thing".

The proposal was a surprise planned out by Wee as an encore performance, after the band had performed their last song of the night. Wee then made an appearance serenading Tay with a romantic ballad before bending down on one knee.

Fans and friends were elated at the news of the couple's engagement, with congratulations pouring in on the couple's social media pages. Singaporean musicians such as Benjamin Kheng and Boon Hui Lu also shared their well wishes. 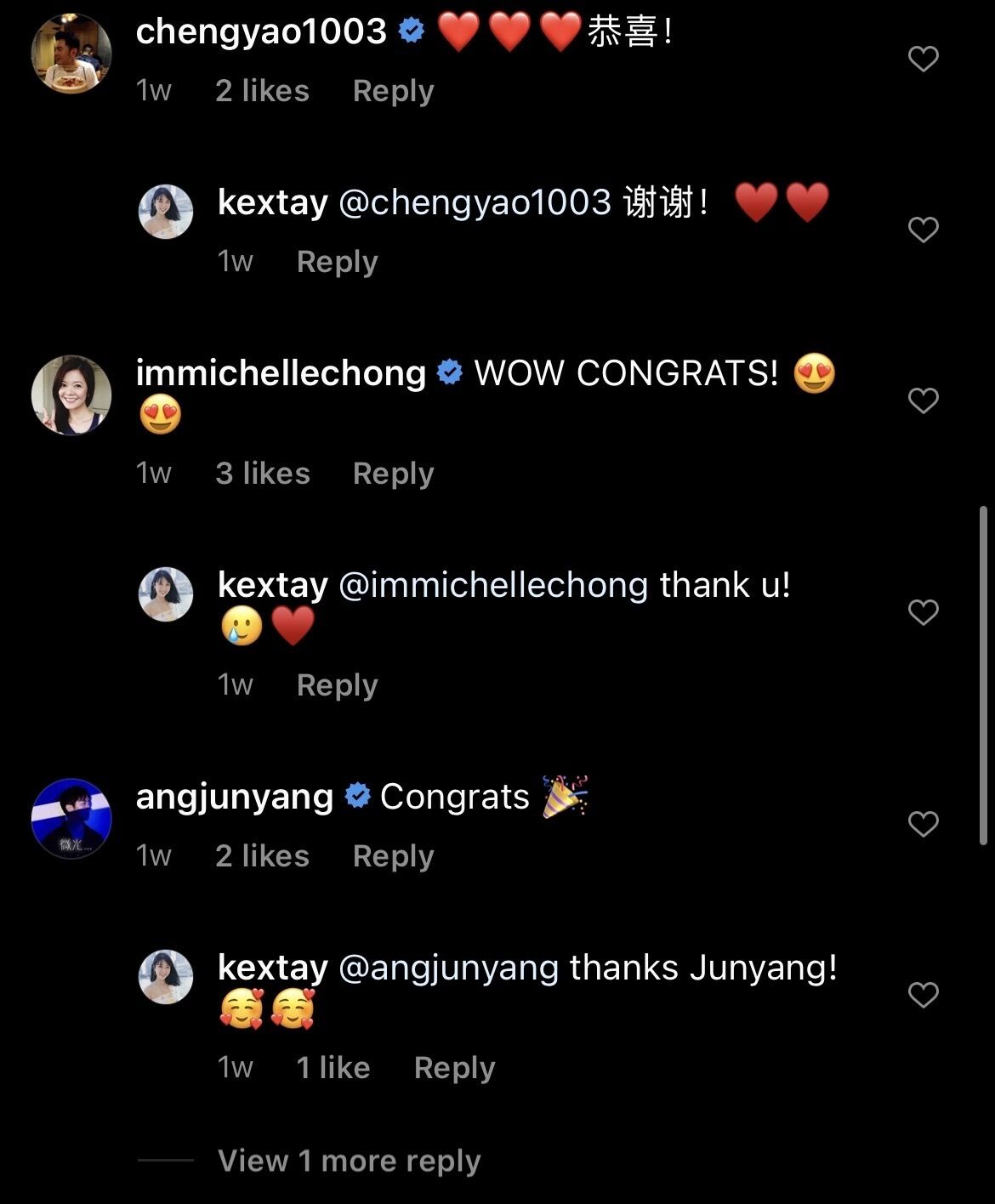 MICappella held their long-awaited concert titled Love, MICappella last weekend at the Sands Theatre at Marina Bay Sands. Performing both covers and original tracks to an enthusiastic crowd, the show was a spectacle from start to finish.

Congratulations to the newly engaged couple!