Singaporean record producer, songwriter and managing partner of Snakeweed Studios Josh Wei made headlines recently and flew our flag high, as he was credited with the orchestration work on K-pop mammoth CL’s debut full-length album ALPHA.

Teaming up with Erika Poh, the Singaporean duo arranged the strings featured on the track ‘Siren’ which was also played by the Singapore Symphony Orchestra. 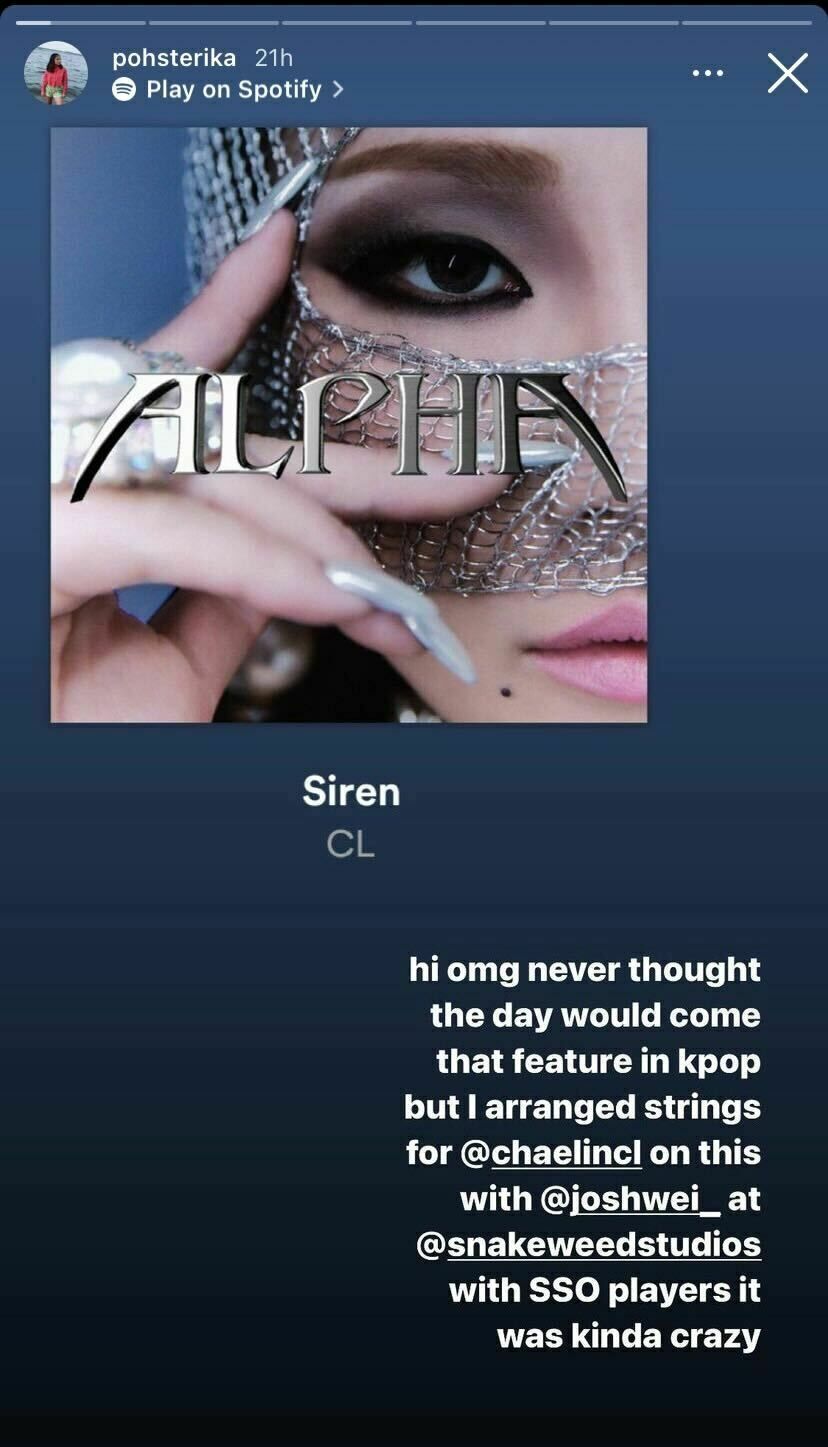 Wei also shared his prizing appreciation in an Instagram story for Leonard Soosay, the originator of Snakeweed Studios: “Leonard Soosay is my mentor and the reason I’m in this game. I’m so glad we got to do this together.” Wei has not been shy of publicly showing his gratitude, crediting Soosay for his rise on multiple occasions prior.

This is not a feat that is unfamiliar to him; Wei has been credited on acclaimed tracks like ‘I Wouldn’t know Any Better Than You’ and ‘Sunshine’ by Stray Kids, a K-Pop boy band by JYP Entertainment. Furthermore, Wei has worked on the soundtrack for Steven Spielberg’s 2020 film 'The Turning', as well as co-producing ‘Soldiers’ by Rachel Platten -  which went on to soundtrack the 19th edition of the famed singing competition American Idol.